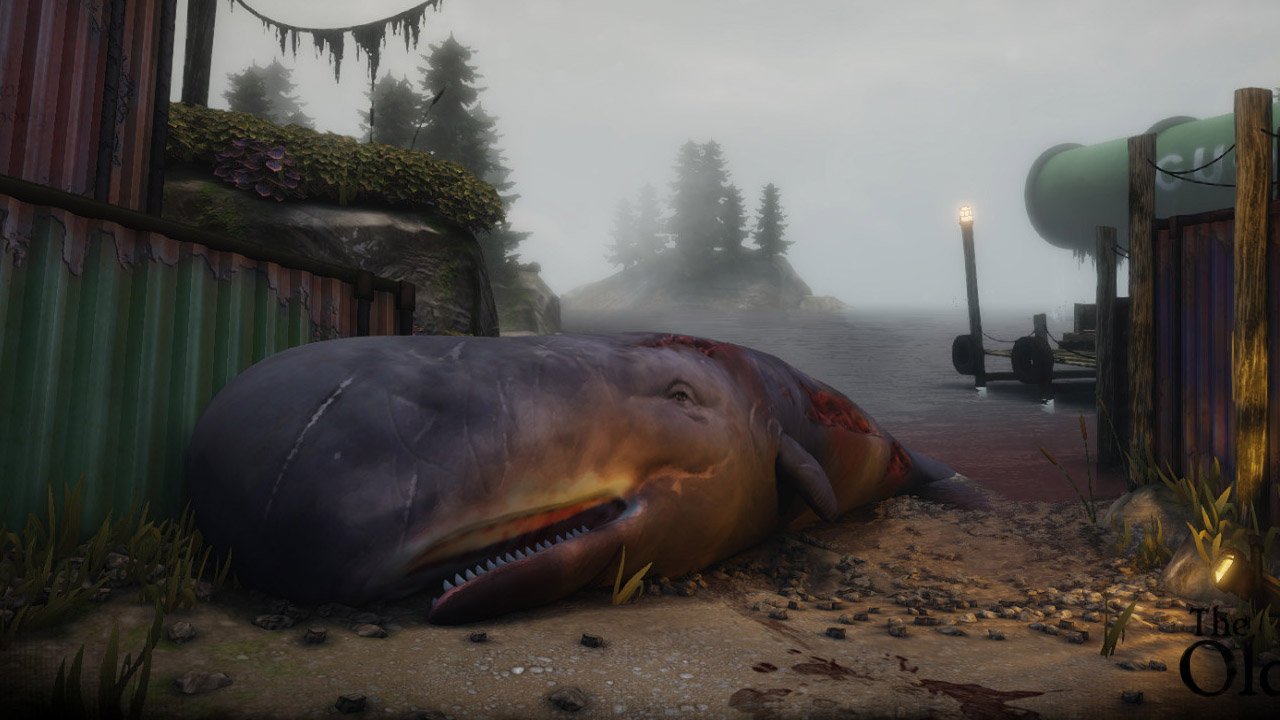 The Old City: Leviathan opens with two sentences informing players that the game’s protagonist isn’t always trustworthy. It tips its hand openly, before anything actually happens, because it’s crucial to remember that everything that follows is filtered through “a broken mind.” The game and the ideas it trades in are rooted in constant questioning. That the unreliable narrator is a well known literary device certainly isn’t an accident: Leviathan often feels more like a novella than it does a traditional videogame.


The first thing the player sees after the title card vanishes is a broken machine and a series of letters pinned to the brick walls of a decrepit factory room. The letters are fairly long and difficult to understand. They discuss people and organizations the audience has never heard of. There are references to places—like the eponymous Old City—that are completely mysterious. The machine, its spilled tubing and large switches rendered in gorgeous detail, cannot be interacted with. This opening area—lots of reading amidst an intriguing, inscrutable environment—is an encapsulation of the entire game. Basically, Leviathan plays like a text-heavy take on Dear Esther or Gone Home. It, too, is interested in conveying a story through first-person exploration, doing away with puzzle and combat mechanics in favour of establishing a distinct atmosphere that serves only to deliver its narrative.

Unfortunately, the game often relies on written storytelling to the detriment of the experience as a whole. Aside from the protagonist’s occasional narration and the lengthy notes strewn around the environment, reams of text called Solomon’s Notes are used to develop the plot and characters. These notes are tucked away like collectables and, once accessed from Leviathan’s menu, are presented as epistolary short stories. Solomon is a self-described misanthrope and more than happy to discuss (often aimlessly) how he came to foster such a negative view of humanity. While they’re an interesting method for digging into the philosophical questioning that underscores the game’s plot, reading through these entries (which, taken as a whole, are about as long as a novella) within the game’s menus isn’t ideal. They’re often far too long, pulling the player out of the setting and introducing an unwelcome disconnect between a sense of inhabiting the world and simply reading about it.

Nailing the balance between organic narrative discovery—the kind that comes from piecing together environmental clues and the direct exposition of written notes—can’t be easy. But Leviathan veers too far in one direction. This is a shame because the setting is a stunningly rendered combination of familiar and alien elements. For a long time the player may navigate a dilapidated factory before suddenly emerging onto a series of floating platforms where giant marble statues dominate the blue sky all around them. An accompanying soundtrack appears only occasionally, but when it overtakes the ambient noise of the game’s environments, its warm synthesizers and ominous chanting are a brilliant companion to the world’s visuals. This tremendous audio/visual imagination is only furthered by clever level construction.

The logic of Leviathan’s environmental design is the logic of dreams and labyrinths. Corridors twist and turn in on themselves, making it difficult for the player to maintain her bearings over time. Sometimes supposed dead ends appear and, after a moment, the scene simply shifts to a slightly altered version of a previously visited location, now strewn with corpses or with new doors to progress through. Moving through the game is as disorienting a process as unravelling its intentionally dreamlike narrative. Considering the protagonist’s mental confusion (and the story’s celebration of uncertainty as an intellectual virtue) this is a great example of taking full advantage of the videogame medium as a storytelling device—of reinforcing a plot’s themes by making the player feel as well as understand them.

It’s only too bad that the story isn’t always integrated as seamlessly as it ought to be. When the vast amount of text found within the game is meted out gradually—when the time it takes to read a letter is balanced with an equal amount of environmental discovery—Leviathan is an extraordinary game. If the planned sequels address this issue the result would be something truly special. As it stands, Leviathan is an interesting but uneven introduction to The Old City—a setting that currently begs for editing just as much as it does exploration.