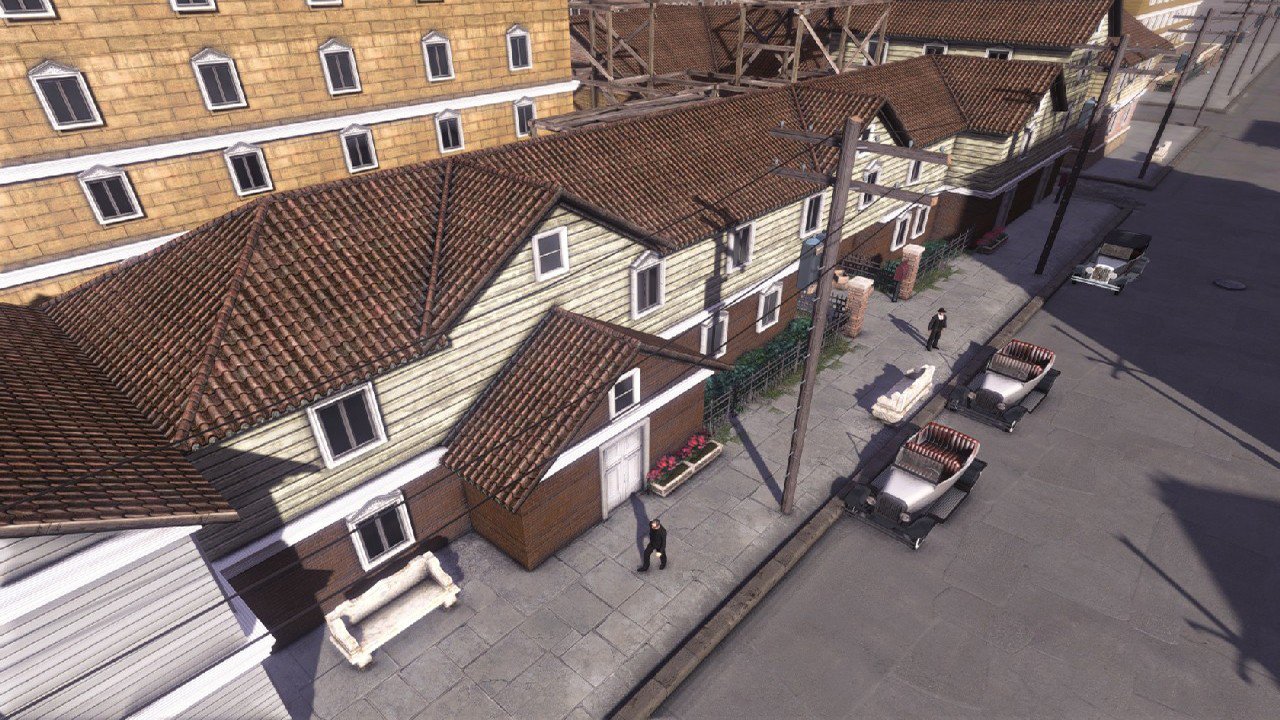 Omerta: City of Gangsters is the latest title from one of my favourite simulation developers Haemimont Games best known for their work on the Tropico series. Traditionally, Tropico is rife with political
commentary and caricatures of political figures and ideals. Omerta: City of Gangsters on the other hand, is a bit of a different direction for the developer. This time, instead of skewering global politics, Hamimont Games has decided to use their simulation skills to give players the opportunity to be bootlegging, drive-bying, fast talking, hard drinking gangsters in 1920s Atlantic City. In the Tropico series players typically controlled the action from high atop their palace balcony as they ran their island republic much like in SimCity. However, while Omerta still features that trademark civic and construction simulation gameplay this time it’s been mixed with turn-based ground level combat similar to what players have seen in Jagged Alliance or more recently XCOM: Enemy Unknown. It’s a pretty good effort and I appreciate the developers trying something new, but they have a lot to learn about making a challenging, well designed tactical turn-based combat experience.

This Is My City Now

As I mentioned before a good 60 per cent of Omerta’s gameplay takes place at the neighborhood level. Each mission in your quest to rise through the ranks of the criminal underworld takes place in a different district of Atlantic City. Each map features detailed buildings, citizens going about their day and some of Atlantic City’s classic landmarks like the infamous boardwalk or Absecon Lighthouse. The attention to detail of the environments and authentic and consistent aesthetic of the game are some of its strongest features. Where the cracks begin to show is when you begin to navigate these detailed maps. Since the game takes place during the prohibition era, and you are the leader of an organized crime syndicate, you’ll be setting up operations and joints in relatively nondescript buildings.

Unfortunately, this makes the map a little difficult to explore since most of the building look the same. One way to tell one building from another is by the icon floating above the structure, which is helpful, but kills that realistic vibe that I thought the game was going for. Another big problem navigating the map comes at night. I find that the streets get too dark. I understand it’s necessary but I should still be able to find building even in the dead of night, the lighting issues don’t end there either but I’ll have more on that later. Despite the problems with navigation once you get used to the map the game gets rather fun. It’s quite enjoyable to set up things like speakeasy or boxing rings to entertain the fine folks of AC and make a quick buck while you’re at it. It’s also a good bit of fun and smart business to run your rivals out-of-town. This can be done by assigning one of your henchmen to “Drive-by” or “Raid” other private businesses. This is a part where I wish I could take direct control of my goons in a combat encounter but since there’s no vehicular combat, and it would really bog down the game’s pacing, it’s no surprise that those don’t come until a bit later. Each mission will have you establishing different types of businesses to carve yourself out a nice piece of the pie and get closer to that all important dream of running the town.

Come On Guys, Get On The Trolly!

For the most part the turn-based based tactical combat found in Omerta is a competent effort it’s just nothing to write home about. It works well enough, but doesn’t inspire the same type of tension or excitement that can be found a game like XCOM: Enemy Unknown. A big part of that may be that if one of your gangsters catches too many bullets from a Tommy Gun they’ll only go down for the rest of that combat encounter. Once the encounter is finished they’ll still be alive and usable but will have penalties to their actions and movement. These “wounds” as they’re called will heal over time but provide a very different experience than the permanent death experience of soldiers in XCOM. This would be why there is a bit of a lack of connection between you (the Boss) and your goons. You can also fire them a will, but hey, organized crime is a cut throat business. The tactical combat isn’t the most accessible thing either it will take some getting used to and the lack of camera options made for a frustrating first couple of missions. However, the most annoying and downright bothersome element of the combat is the lighting. I understand that on a tactical battlefield visibility is key but why the hell did they make the combat maps for this game so incredibly dark that often I can’t tell which way the camera is facing? Let alone find my target? Time and again, I found myself searching the map with my face pressed against the TV just trying to find that one enemy who is hiding in the shadows. To be fair, not every single map features this terrible lighting but quite a few of them do and oftentimes made what could have been a completely serviceable combat experience frustrating and more troublesome than it was worth.

The prohibition era isn’t used in games very often and for trying something totally different I salute Haemimont Games. Omerta: City of Gangsters is a competent package that blends some fun civic management with tactical combat that just could have been executed a little better. While I wish the game was a bit brighter and featured some better map design, it’s still a unique experience that I would recommend to gamers looking for a setting that’s different from typical fare. The game does have it’s problems but they only get in the way of the enjoyment if you let them. Despite the problems found in Omerta, I see potential here. I would really like to see the tactical turn-based combat here show up in the Tropico series. Haemimont Games is so close, they just need a little more time to hone their level design and lighting skills and they’ll have an excellent formula for strategy games on their hands.

As I mentioned before a good 60 per cent of Omerta's gameplay takes place at the neighborhood level. Each mission in your quest to rise through the ranks of the criminal underworld takes place in a different district of Atlantic City. 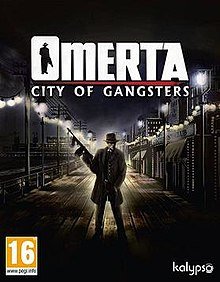