The Royale with Cheese of JRPGs
SCORE: 9/10 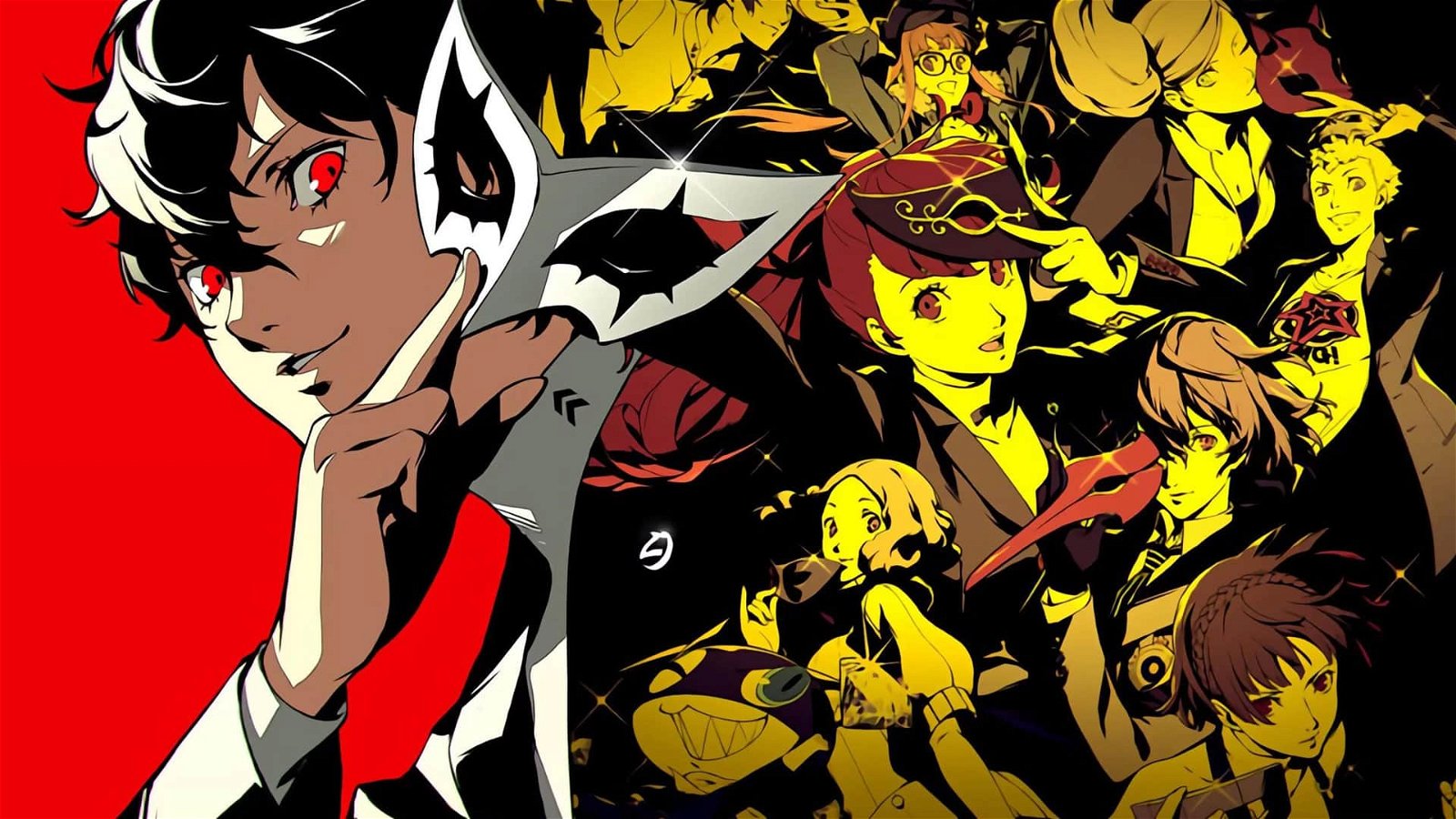 Persona 4 The Golden is one of my favourite games of all time.

The PlayStation Vita exclusive, not only took a great and dense RPG and made it better by sticking it on a portable, but it also introduced a slew of new content that elevated it above pretty much any other game within that genre at the time. Fortunately, Persona 5 Royal has done the same, while although, unavailable portably, the new content in the game more than warrants the rerelease of the 2017 original, especially for newcomers to the series.

Persona 5 Royal, in essence, is largely the same, great game that came out a few years ago, with new content added that feels organic, rather than tacked on and unnecessary. For the uninitiated, or for those who may only be familiar with the world of Persona 5 through the character Joker, the leader of the Phantom Thieves, who also recently made his debut in Super Smash Brothers Ultimate. The original Persona 5 was the latest entry into the long-running Persona series of roleplaying games released by Atlus. The Persona games, which in itself is an off-shoot of the Shin Megami Tensei series of games, places emphasis on social interaction on top of the more traditional roleplaying fantasy elements found in other Japanese RPGs. Persona 5 Royal follows the same general plot of the 2017 game, which tells the tale of the Phantom Thieves, and their exploits against a cruel and unjust society ruled by crooked adults. Without giving too much of the plot away, Persona 5’s narrative plays with themes such as social reform and the power dynamics between different classes of people.

Like true RPG-fashion, Persona 5 Royal relies on a turn-based battle system, where the player must gather Personas or demons that they can engage in combat with, much akin to the Pokémon series of games. Persona, in particular, stands out from other Japanese roleplaying games, in that it places a strong emphasis on simulation elements when not fighting, with its use of the social-link system. Social-links encourage the player to interact with over a dozen characters within the game that the player can form bonds with, in order to level up specific kinds of Personas tied to the individual characters. Thematically, Social Link characters within the game are based on depictions found within the Major Arcana and the world of the occult.

Persona 5 Royal introduces new Social Links, including a revamped and much more well-realized Social Link with the character Akechi Goro, which helps flesh his relationship with the player out in a more nuanced and believable manner. Royal also introduces two new characters to the mix. Takuto Maruki, a therapist, who is introduced during the first major dungeon in the game, in addition to a new Phantom Thief, who joins your party in the post-game, Kasumi Yoshizawa.

Yoshizawa, like the good doctor, is introduced relatively early into the base game’s story. Kasumi, a fellow student of Shujin Academy is a gymnast and relies on her acrobatic prowess in combat. Those looking forward to a drastically different game may be disappointed, as her inclusion doesn’t affect the original plot of the game in any significant manner. Maruki, however, who is given the Councilor arcana, is a brand Social Link that feels wholly appropriate, as he not only acts as means for the player to talk to but as a counsellor for the other characters in the game to confide in. Maruki as a character works well, as his role fits in with Persona 5’s dark and frequently, racy themes that involve complex dynamics between highschoolers and adults.

Additionally, Persona 5 Royal includes all of the downloadable content that released for the base game, which includes some of the optional boss encounters with past series protagonists, a nice bonus for longtime fans of the series. Royal also manages to introduce some minor quality of life changes to the game, mainly to Mementos, the underground labyrinthian dungeon present in the game.

Mementos now feature a new character named Jose, a peculiar boy that the player can randomly encounter as a vendor. Instead of the regular currency used in the game, the player can exchange flowers, which can be found all over Mementos with Jose, granting the player access to special items, including missed collectables from other dungeons. Jose also accepts stamps, which like flowers, can be found throughout Mementos but are much rarer, and grant specific Mementos-related boons that alter the experience, money and rewards given to the player while dungeon-crawling.

Of course, Persona 5 Royal introduces new Personas to the mix, including a new method in Persona fusion, known as Fusion Alarms. Fusion Alarms, to go with the prison theme of the game, are randomly triggered from fighting enemies, and as the name may suggest, puts the Velvet Room into lockdown (the place you go to fuse and summon Personas). A Fusion Alarm in essence, grants newly fused Persona with the chance of getting powerful moves earlier than normally possible.

Palaces or the story focused dungeons within the game also have been slightly improved, now featuring a new collectable item referred to as Will Seeds, which always come in sets of three and are hidden throughout the various Palaces featured in the game. Acquiring all three Will Seeds in any given Palace rewards the player with a powerful accessory, which can then be further improved by visiting Jose in Mementos.

Palace bosses feature new phases but ultimately stick relatively close to their 2017 encounters, instead, feeling more like a bit of extra zest on top of already well-realized fights. Outside of battles and dungeons, Persona 5 Royal brings with it a handful of new areas, including Kichijoi, a new entertainment and shopping district that the player can visit alone, or with one of their confidants. The area mostly acts as the central place in which the player can raise their Social Link with Yoshizawa.

Without a doubt, the biggest addition that sets Royal apart from the original Persona 5, takes place after the post-game, literally manifesting as a brand new Palace for the player to explore. The post-game content alone is much more substantial than the content found in Persona 4 Golden, taking anywhere from 10 to 15 hours to complete, at least, for those wanting to rush through. Despite Persona 5 Royal showing its PlayStation 3 era roots, the Royal, like the original continues the trend in bringing with it a stellar visual identity. The new post-game Palace is no exception, going for a modern industrial feel that still manages to fit in with the established games’ aesthetics and overall atmosphere. New animated cutscenes and copious amounts of exposition give the post-game some needed weight, surpassing it from merely feeling like an extra throwout dungeon/Palace to something worth playing.

Persona 5 Royal is easy to recommend to fans of the series, as it is without a doubt, the best version of the game, however, whether it warrants the full retail price, depends on how much you love Persona. On the one hand, it is the best way to experience the game. On the other, the original Persona 5 features a staggering amount of content, making it hard to justify the full price for those looking to experience the game again, solely for the new additions added to Persona 5 Royal.

Persona 5 Royal takes an already stellar game and reinvigorates it with content that is sure to please both fans of the original and those playing the game for the first time. 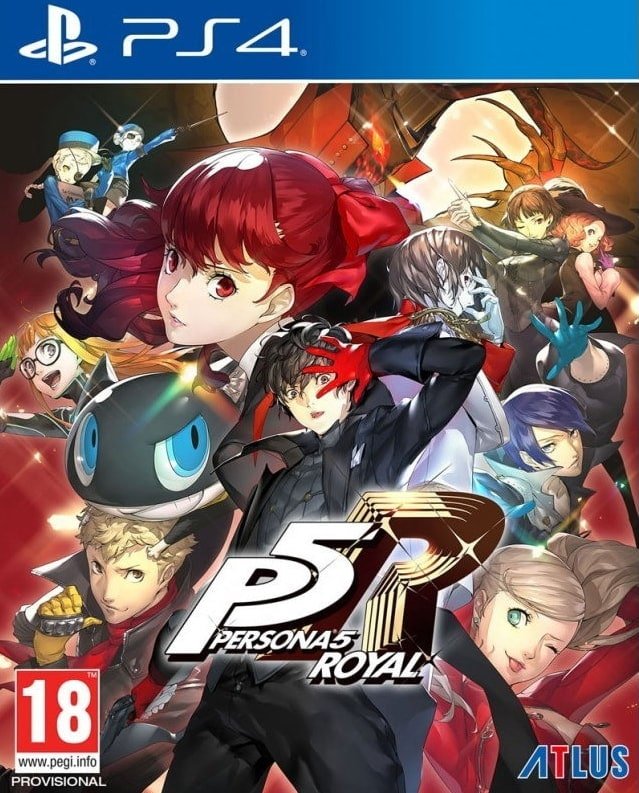