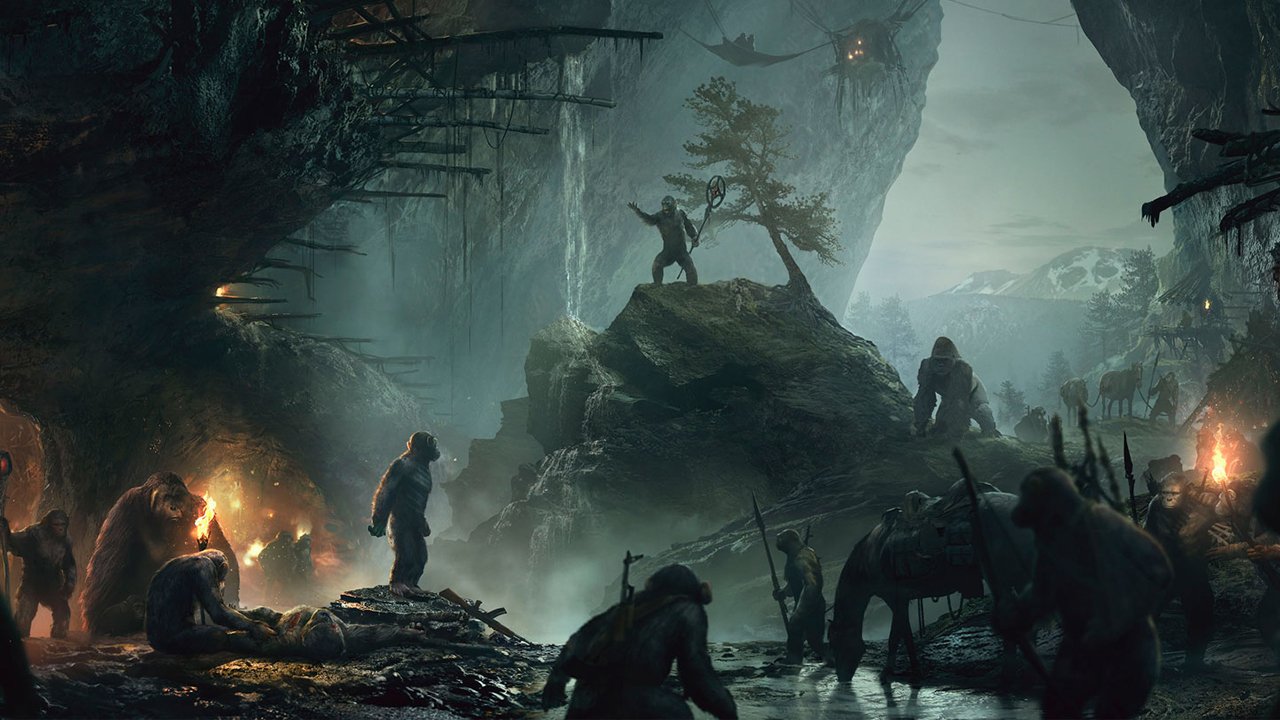 Set between the second and third films in the recent Planet of the Apes film trilogy, Planet of the Apes: Last Frontier is a wholly new adventure which doesn’t really require knowledge of the films in whose universe the game resides. I would even go so far as to say that this isn’t really that much of a game, in the most traditional sense, as it’s far more of a film experience than a typical game-playing experience. There are choice-based decisions, but no puzzles, no exploration, and no direct control over any of the characters.

Planet of the Apes: Last Frontier tells dual stories as you “control” two different characters, one a human, and the other an ape.  I put control in quotation marks as the game restricts your involvement, more often than not, to dialogue choices surrounding a course of action.  There are a few moments throughout Planet of the Apes: Last Frontier where you have to make a decision during an event and it’s more time-sensitive, but for the most part the game limits you to the aforementioned dialogue decisions. This isn’t to say that the game isn’t interesting, as the plot is actually well put together. However, because the player gets to be in the shoes of the two main protagonists, it does at times restrict just how deep into the lives of either ape or human the game dares to venture.

That being said, the main characters are well formulated, with Bryn being the conflicted ape protagonist who is torn between loyalty to his father, Khan, and to his brother, the more aggressive Tola. On the human side, Jess is the protagonist, having just buried her husband, the previous leader of the human settlement, while also trying to deal with her son Mark, who’s grieving the loss of his father. There are a few more characters of importance, and over the course of Planet of the Apes: Last Frontier it does manage to suck you into their struggles and plight, and when and if deaths occur, the game makes you feel the loss.

Despite the relative lack of active gameplay, the storytelling is quite strong and exceptionally cinematic. The score by Steven Coltart is stirring, especially the themes used when the storytelling focuses on the ape tribe. The visuals are high quality with excellent motion capture. The overall design of the apes and their visual language with each other borrows from the films’ interpretation of their movement and how they speak with one another. This makes sense as Andy Serkis is one of the executive producers of Planet of the Apes: Last Frontier, with The Imaginarium (his production company) being one of the publishers of the game. The game is also heavily subtitled as a result of the apes predominantly speaking in sign language.

The main story of Planet of the Apes: Last Frontier starts simply enough, with winter coming to a small secluded town and nearby mountain, where both humans and apes respectively live. Faced with an upcoming food shortage and impending cold weather, the two groups suddenly become aware of one another. At the same time, two drifters arrive in the human town and stir up anti-ape sentiments.

There are three major types of endings for Planet of the Apes: Last Frontier, with various differences within those different endings.  As a result, the game definitely does encourage you to re-watch and experience the game with the different choices impacting the overall ending and how certain elements affect the characters who survive.

The game is relatively short at a few hours long, which—given the price tag—can make it hard to justify the price.  The fact that there is re-playability does help mitigate the price, but the lack of active involvement in the game does restrict one’s desire to replay it in close succession to a completed run.

Technically speaking this is a multi-player game, and can use either an Android device or another PS4 controller for additional players, however for review purposes Planet of the Apes: Last Frontier was completed with a sole player. With multiple players, you’re able to vote and discuss on the decisions made, but this aspect wasn’t experienced by this reviewer.

A beautifully cinematic story set within the current Planet of the Apes film continuity, as players direct decisions made by both humans and apes as a conflict brews. 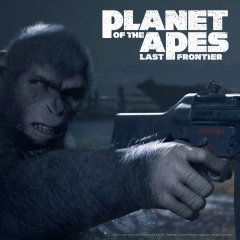