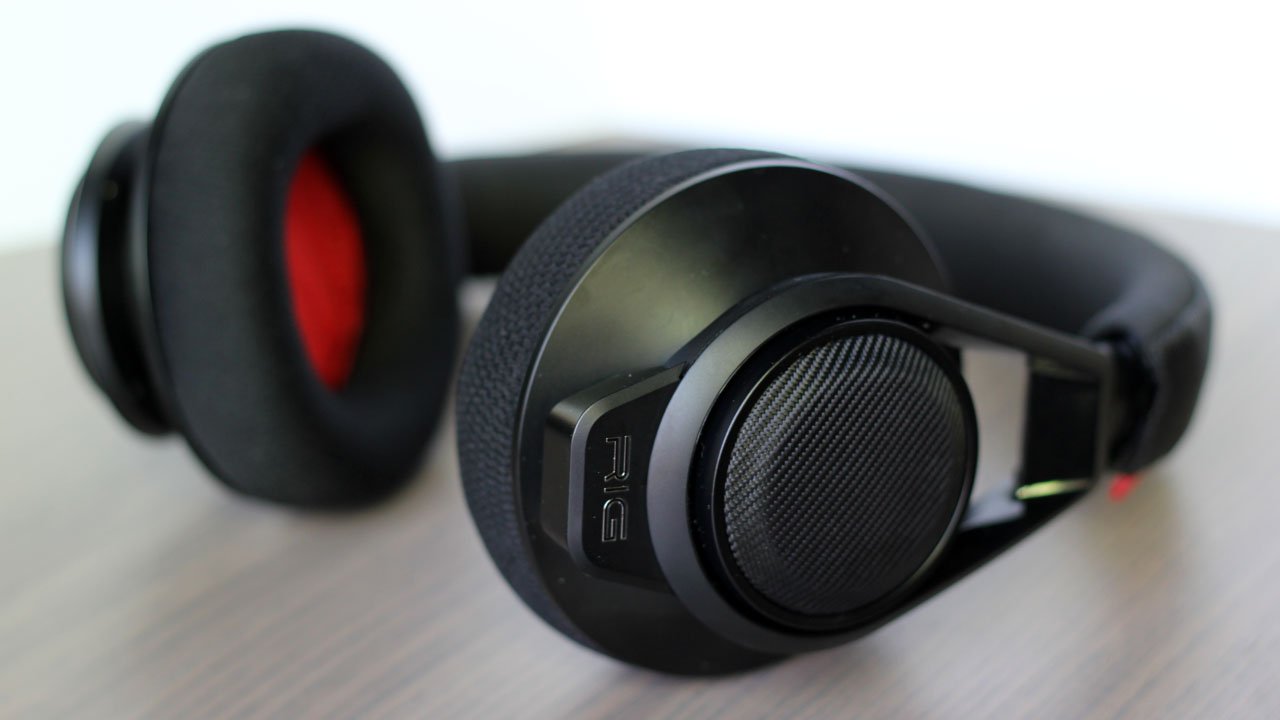 Plantronics released a RIG headset previously that did some things well and some things not so well. It sported decent build quality, had good—but not outstanding—audio quality, and threw in a small USB powered mixer into the fray for some added richness in sound. It even hooked up to phones to allow people to take calls while playing, an exotic function to say the least, but one that had its uses for hardcore gamers. The one thing it was lacking was full surround sound functionality, but that’s finally been addressed in this latest version. If you own a PC, that is.

The physical characteristics of the RIG 7.1 are the same as the original review for the earlier RIG model. At $100 there`s a surprising amount of quality put into this headset, the plastic frame and fabric head phones are firm but flexible, and the over-the-ear design ensures that the headset can be worn for hours with little discomfort. This also means that the RIG 7.1 is prone to same design foibles as the original RIG. It’s a strictly wired headset, and the wire used is either the boom microphone, or an inline microphone. Whichever choice you go with, the microphone is required to pipe in audio, making it quite clear that this headset was never intended for strictly listening pleasure; it’s a communication device for gamers. Also, the sound isolation is not great, even at medium volumes the sound bleeds through to people around you.

Sound is still an important aspect of any headset, and it’s here that the RIG delivers some quality audio, especially at the $100 price point. It’s not the loudest headset, and certainly not the most bass heavy, but it presents some clean, balanced audio is competitive or slightly ahead of other headphones and headsets in this price range. For $100 you can’t expect a sterling audio experience, but clean highs and decent mid-range sounds accompany adequate, undistorted bass for an accurate—but not amazing—audio experience. There’s good sound here, equal to the money you’re paying. A USB powered mixer acts like a micro-amplifier, and is largely responsible for the robust sound the RIG presents. There are settings to boost bass and mid-range sounds, but the differences, while noticeable if you’re concentrating, are minimal overall. Thanks to the ability to connect a phone to the RIG, players even have the option of listening to music from the phone while playing a game, so there’s an unexpected bonus to having your smartphone connected to your headset.

Where the RIG 7.1 really comes into its own is an entry level surround sound headset. At $100, this is an impressive bargain, and while the RIG doesn’t really impress as dedicated headphones for listening to music or movies, it manages to deliver as a gaming headset with positional audio. FPS games and even fantasy RPGs like The Witcher 2 and Diablo 3 manage to take advantage of the positional audio of RIG to varying degrees, although there are few “true” surround sound games in the same sense as dedicated console games such as The Last of Us, which are designed to take advantage of home theater systems.

The real lost opportunity here comes with the fact that the RIG 7.1 is only surround sound for the PC. It’s an incredibly baffling design decision when both the Xbox One and PS4 can easily handle surround sound, and the previous RIG headset already had the appropriate output built into its USB mixer. Bafflingly, the optical audio output that was pointlessly included on a stereo only headset was removed from a surround sound headset that would have actually put that output to good use on current generation consoles. As it is, the RIG will work as a decent stereo headset and microphone by plugging into a DualShock 4 on the PS4 and will only work as a pair of headphones on the Xbox One, significantly crippling its usefulness on other platforms.

Still, for the PC faithful, there’s a lot of value in the RIG 7.1, as most human beings will never buy a 7.1 home theater system for $100 unless it’s from the back of a van in a dark alley, for cash only and no questions asked. Had the 7.1 functionality been extended to the current generation consoles, this would be one of the best headset purchases on the market today in terms of value for money. As it is, it’s still highly recommended for PC users. It might not be the greatest audio experience for your ears, but a 7.1 audio experience at $100 is hard to come by, and the quality of the sound here is quite reasonable for that price, when all the other features are rolled into it.

Final Thoughts
The physical characteristics of the RIG 7.1 are the same as the original review for the earlier RIG model.
More From CGMagazine