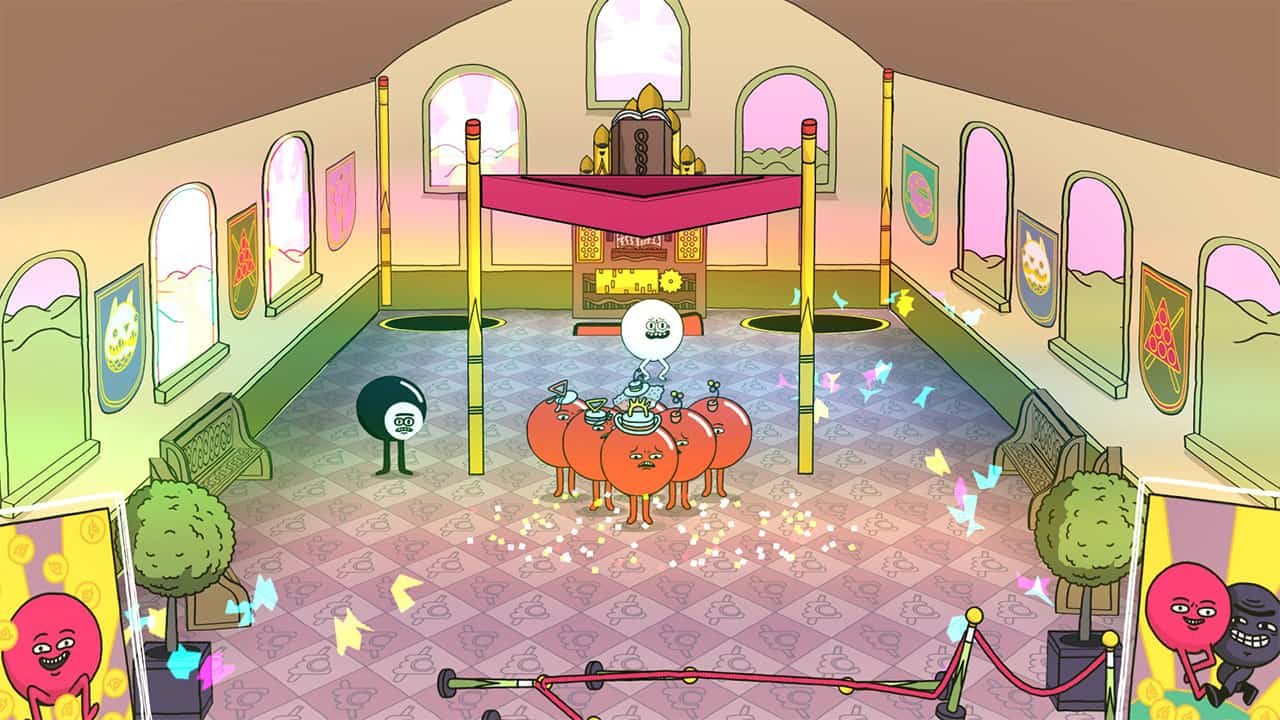 It doesn’t take long for Pool Panic to reveal just how gleefully absurd it is. Developer Rekim has dubbed the game “The World’s Least Realistic Pool Simulator”, and they’re not wrong. If you come in expecting a generic pool game, you’ll instead be pleasantly surprised by a humorous puzzle game that exudes charm every step of the way.

You play as an anthropomorphic cue ball in a world where literally every living creature is a pool ball. Those mice? Pool balls. The crazy trapper living in a shack in the woods? Pool ball. That brass band playing in the gazebo? You get the idea. It’s all animated in a style that instantly lets you know that Adult Swim Games has had some hand in it, and it’s quite charming. It also plays exactly like a game of pool, as you must knock other balls into pockets using the traditional way or by making the most of your surroundings. And while there are some levels set on a typical pool table, most of the levels plop you in the middle of a colourful scenario that needs to be solved.

For example, one level features a group of bear pool balls that attack you when you try to knock them into a hole. Another features a pond in the middle that is populated by fish pool balls. The solutions to these are fun to discover, and though there is a trophy system that rewards you for fulfilling certain criteria, I found myself completing each level once before moving on to see what ridiculous scenario was next.

My biggest issue with Pool Panic lies with the controls. For a game where fine input is needed in order to line up your shot perfectly, the controls feel too loose. In order to shoot, you must move the ball around with one analog stick, move the cue with the other, and then press another button to actually shoot. There were times where the angle of a shot completely changed because the slightest movement of my hand would ruin what I had set up. Coupled with a camera that often makes it difficult to see where you are aiming, and the game becomes frustrating quickly.

Outside of the single-player levels, there is a multiplayer suite that lets four local players compete across a diverse set of challenges. It’s a fun distraction, though it’s not where the heart of Pool Panic lies. Fortunately, thanks to the aforementioned trophies and a hard mode that provides much more challenging versions of the single-player campaign, there is plenty to do already.

Pool Panic is a fun, weird little pool game that doesn’t overstay its welcome across its 100+ levels. It’s ridiculous, and it brought a smile to my face more times than I can count.

Pool Panic is an absurd puzzle game that breathes new life into the game of pool despite some control issues. 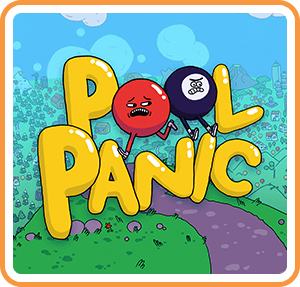