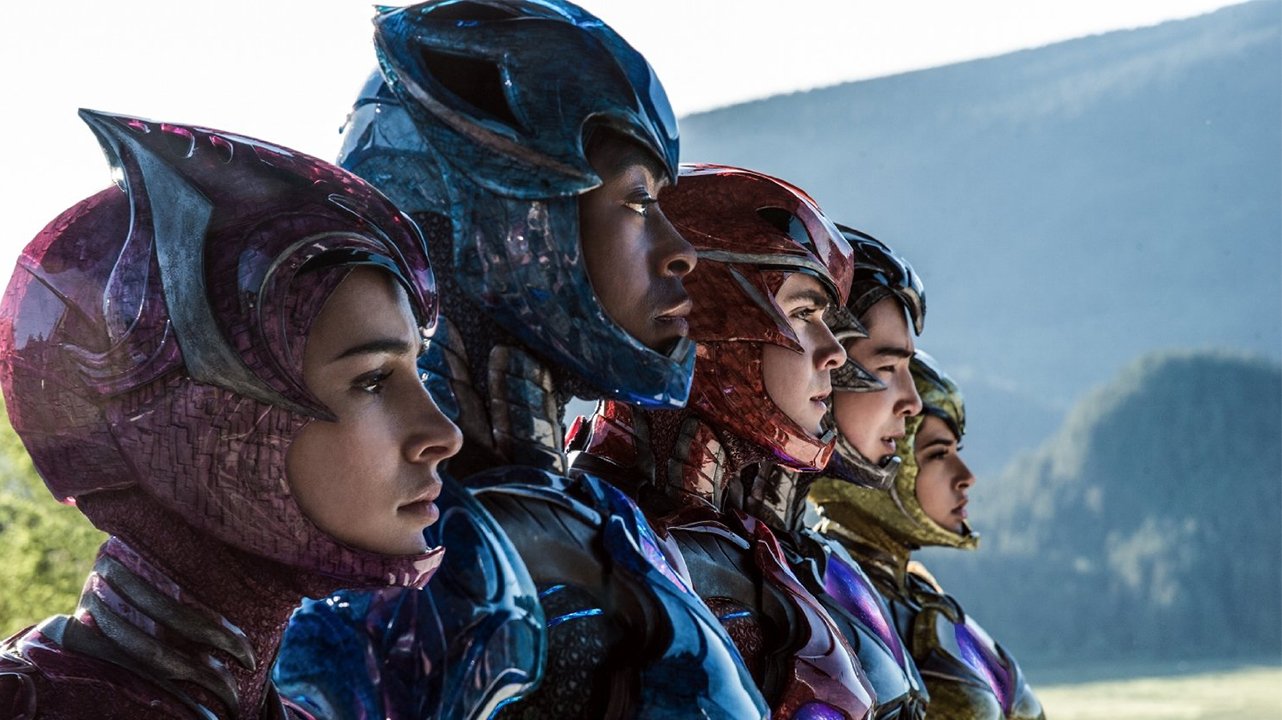 Indulgent film critic confession time: I have a complicated relationship with The Power Rangers.  Circa grade three, there was no piece of pop culture I found more thrillingly addictive or entertaining. As a child, the mixture of bad 90s teen drama crudely edited together with cheap man-in-suit Japanese action scenes felt like the height of art. After puberty, the show held little value beyond nostalgic camp. Despite my misgivings, the popularity of Power Rangers never ended. The show ran endlessly with new toy tie-ins for every season. There were movies (absolutely horrible ones), games, lunch boxes, you name it. By the time the Powers Rangers finally and mercifully left television, 90s nostalgia was but a few years away. Suddenly there were ironic hipster Power Ranger t-shirts and sincere Comic Con cosplay everywhere. The series wouldn’t die. So eventually, it only made sense that Hollywood would revisit Power Rangers as a blockbuster. I dreaded it. I mocked it. Now, it’s here and thankfully it’s not as bad as I feared. Sure, it’s not exactly a great movie. But it is so much better than it could have been.This time out the bright colours and campy sets have been toned down in favour of shadowy cinematography, sarcastic one-liners, and moody teen angst. An ambitious opening sequence establishes the new Jason (Darce Montgomery) as a bad ass football stud who loses his quarterback position thanks to a prank and is forced into a Breakfast Club style weekend detention. There he meets the new Kim (Naomi Scott, bullied n’ troubled in oh so teenage ways) and the new Billy (RJ Cyler, a mildly autistic techno genius/outcast). One night they all end up in an old mineshaft for reasons too convoluted to explain. There they meet up with the missing future Rangers (Ludi Lin’s Zack and Becky G’s Tini, also both troubled teens, but mysteriously so for the sake of getting this plot moving quickly) and discover some mysterious glowing orbs of familiar colours. The next day they wake up with new super powers just like Chronicle, Spider-man, and the like. They return to the mine and discover an old spaceship with a wacky robot named Alpha 5 (Bill Hader) and a talking wall named Zordon (Bryan Cranston). The big wall explains that they have been chosen to be the earth’s new protectors known as Power Rangers and will have to fight the evil Rita Repulsa (Elizabeth Banks) following a series of prolonged training/bonding montages. You know, that old story.

Director Dean Israelite (who made the underrated found footage Amblin homage Project Almanac) promised long ago that his take on the Power Rangers would be gritty and serious. It would most definitely not be your daddy’s Power Rangers. Given the barrel-scraping idiocy of the original series, that sounded like a horrifying mistake. Who wants to pretend this nonsense is high art or deep drama? Thankfully, Israelite’s grand proclamations weren’t entirely true. Oh sure, the movie is shot through dark shadows and moody emotions to make viewers feel feelings. However, it’s also a movie about a bunch of teenagers in giant dinosaur robots fighting space monsters. So, you can’t exactly play it too straight. Israelite’s movie runs a tightrope walk between knowing comedy and sombre reboot drama that actually kind of works. By either ripping off or paying homage to The Breakfast Club (viewers choice, the truth is probably somewhere in the middle) he quickly creates a new team of rangers who at least resemble troubled teen types if not necessarily humans. The actors are all committed and don’t seem nearly as lost or embarrassed by their dialogue as the original cast. That makes their relationship kind of sweet, even if they are all little more that 2D teen archetypes who make sad faces. Hey, that’s still an improvement.

It certainly helps that the more established and grown up performers like Elizabeth Banks, Bryan Cranston, and Bill Hader are allowed to have a bit more fun. Sure, they play it real but they are also all clearly aware of how absurd this material is. Cranston flips from being sincerely committed mildly sarcastic, Bill Hader does pure goofball work, and Elizabeth Banks vamps it up mightily in a highly entertaining performance pitched halfway between evil queen and self-parody (given how few roles like this there are for actresses, it’s clear why Banks signed on, and she clearly had a blast elevating the ludicrous material). The effects are also a vast improvement over the usual Power Rangers set pieces (pretty easy to do, given that the first Power Rangers movie boasted some of the worst and most embarrassing CGI ever theatrically released). Israelite knows how to do CGI action and delivers some genuinely exciting and visceral work here. Goddamn it, the whole this is kind of fun.

Of course, it’s also deeply flawed in all the ways one might expect a Power Ranger movie to be. There are massive plot holes and radically bizarre shifts in character that are real head-scratchers. Krispy Kreme plays a major role in the plot in one of the most embarrassingly grating product placements in film history (even if it’s kind of played as a joke). The movie drags on endlessly, with the Rangers not even morphing for almost 90 minutes, which will try the patience of most fans of the franchise. The new costume and zord designs are so generically slick and influenced by other blockbusters (most notably Transformers) that they are somehow less memorable than the old cheapie 90s Japanese designs, and the mythology is convoluted and rather dumb. The running time is far too long. Some of the dialogue is cringe inducing. Some of the dark cinematography makes it difficult to see what’s happening. And most of all, the whole thing is just incredibly stupid despite being treated incredibly serious.

Yet, despite all of those big flaws and more, this movie is still so much better than it had any right to be. Performances are surprisingly strong, production values run high, the action delivers, and all the sly references and in-jokes to the past are cleverly inserted. The target audience of 90s kids looking for an expensive stroll down memory lane should eat it up. After all, it’s not like anyone who still enjoys the Power Rangers has particularly high standards for this sort of entertainment. Unless you’re watching purely for ironic laughs, this is probably the best project to ever be stamped with the name Power Rangers. Sure that’s as much a reflection of how low the depths of Power Rangers crap can get as it is a compliment for this movie. But still, this thing was infinitely better than I expected. It’s almost worth recommending to people who aren’t already hopeless Power Rangers fans. Only almost, though, not quite.

Well, this is probably the best Power Rangers movie that could exist, which isn’t necessarily a compliment. 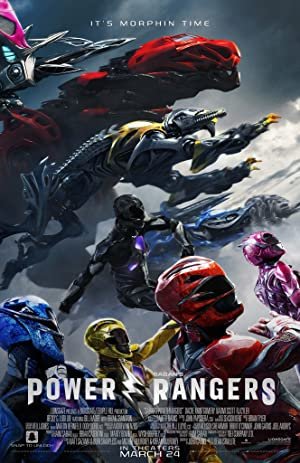