The bleakest movie of the year is awash in pastel pink
Score: 9/10 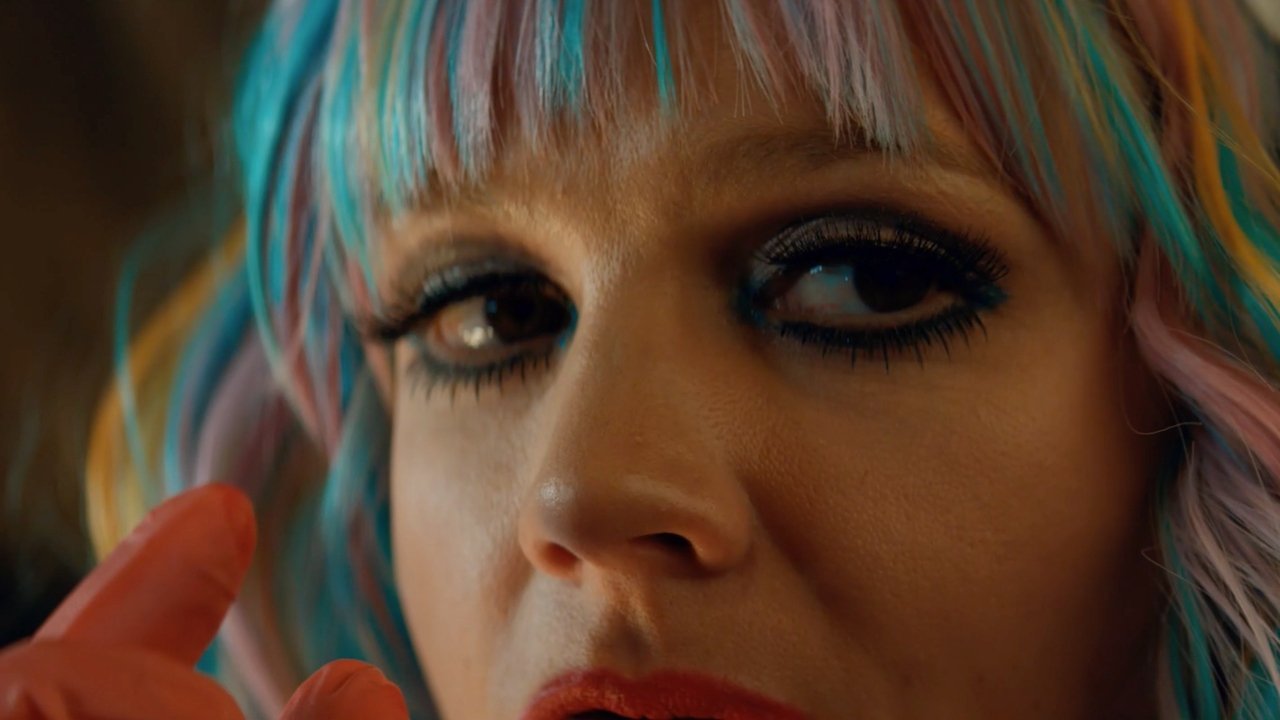 Promising Young Woman, Emerald Fennell’s twist on the revenge feature, blasted into the end of 2020.

Now, having been nominated for multiple Oscars, the feature is available on a shiny new Blu-ray. The Blu-ray, which is available March 16, 2021, is loaded with special features. Included are some featurettes, like: a Promising Vision- where Fennell chats about her inspirations, Two Sided Transformation- a look at Carey Mulligan and how she became the dual-sided Cassie through hair, makeup and wardrobe, and Balancing Act- where the cast discusses their take on how the film balances its comedy and tragedy. Also included is a full commentary track with Fennell which seems to be the star of the Blu-ray’s show.

Now that it’s coming in hot for the Academy Awards, there are even more reasons to dive headfirst into this feature. Get to know the cast and creator and sit with its take on the dark and twisted themes that comes pastel painted.

As for the feature itself, it’s a stunning take on the all-too-familiar subject matter that will leave you chewing on it, like bubble-gum, for days.

Promising Young Woman opens with a slow-motion montage of men dancing. They’re drunk, grinding ass up, shown crotch first, and they’re spilling their bar rail drinks. Immediately, the movie telling us it’s going to be subversive. But try as it might, some of the attempted subversion purposefully fails here, because in these moments, none of these dancing men are being criticized and none of them appear to be in any danger.

Cassie (Carey Mulligan) is just a girl living in her world. She pulls shifts at the indie coffee shop, loves a long blonde braid, and spends her Saturday evenings hunting men. No, she doesn’t kill them. Cassie dresses herself up as their prey, a drunk and vulnerable woman, and waits for them to pounce. Just when things get too far, Cassie reveals herself to be sober, scaring the pants back on them. A dangerous game, she throws herself into the lion’s den not just for revenge, but out of a sense of duty to do right by her friend who fell victim to a horrible assault.

Cassie manages to catch and release batches of “nice guys” after letting herself be placed into dangerous situations. She isn’t falling prey to the masked attacker in a back alley, Cassie is seeking out the more familiar sexual assault perpetrator, the regular guy who sees a drunk party girl as an opportunity.

As her vengeance fuelled rampage treads on, Cassie slowly learns to trust and love Ryan (Bo Burnham), a former classmate who charms her by popping into her workplace and continuing to ask for her attention. As her romance with Ryan treads on, Cassie learns to make peace with the inciting incident involving her best friend, Nina. But the demons created by sexual assault don’t disappear that easily, at least not for their victims, and Cassie can’t hide from them for long. And if she can’t hide from them, she won’t let the perpetrators hide from them either. Cassie’s trajectory flips with a twist you’ll see coming a thousand miles away, but you’ll beg it not to arrive. Writer and director, Emerald Fennell’s, movie isn’t a “not all men” love story, it’s subverted rape revenge.

Cassie’s story stands out from the other giants in the genre because it’s not her own. She is struggling to ensure the story of her late friend is heard, is taken seriously, and has consequences. This movie isn’t about Nina, Cassie’s ill fated best friend, which could be taken as an error but reads as ruthlessly intentional. Nina was made into vapour by what happened to her. Her entire self was washed away, so much so that the audience will leave the theater not knowing what Nina looks or sounds like. At times, it’s not even Cassie’s story, but the story of the men in her peripheral, another marker that the film is rubbing in our faces how quickly victims are erased and forgotten after their trauma.

Fennell manages to accomplish this fresh take on rape revenge atop a steady stream of beautiful tableau. Her use of colour is stunning and creates a perfect aesthetic within the film universe. It’s bright, sunny, and doused in baby pink save for pops of red that blast through as Cassie licks up strawberry syrup dripping down her arms after slaying a beast. The hyper-femininity is intentional, co-existing with the seemingly deranged vengeance of a cute blonde gal. The bubble-gum pink pop music soundtrack laying beside Anthony Willis’s score further mirrors the bleakness of the pretty horror comedy.

Cassie has dedicated her entire self to attempting to dismantle a system by chipping away at it. It’s a near impossible feat that reads as the desperate and unstable actions of a woman scorned. And they are. Promising Young Woman changes the scope of what is seen as violent and does so in a way that subverts rape revenge by not purporting to heal Cassie at any point, and always ensuring it feels like she is in danger. Fennell has created the most powerful movie of the year, and one of the most important versions of a common story that effectively shatters what we’ve seen by making us see what we know. The audacity of the final act is so admirable, and will no doubt divide audiences, but from the perspective of this critic, it’s exactly where it had to go to make sure the punch landed as hard as it was thrown.

Final Thoughts
It’s difficult to distill this singular piece of media into a short piece, and that’s to its credit. It’s not only beautiful, fun, and never boring, it tells an important story that kicks everything movies told us about sex and its relationship with violence in the teeth. It’s the most fun you’ll have while shivering with angst.
More From CGMagazine 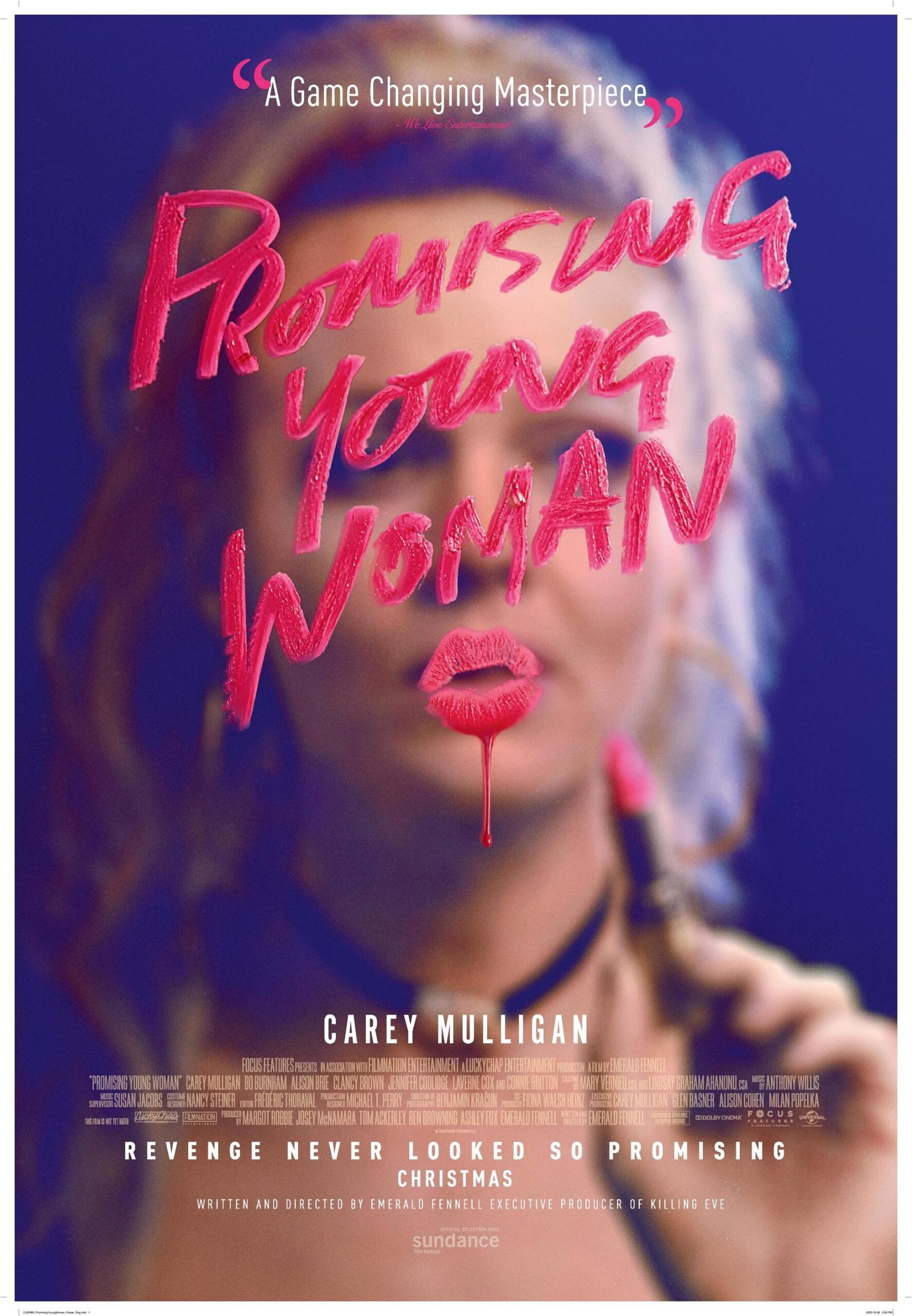