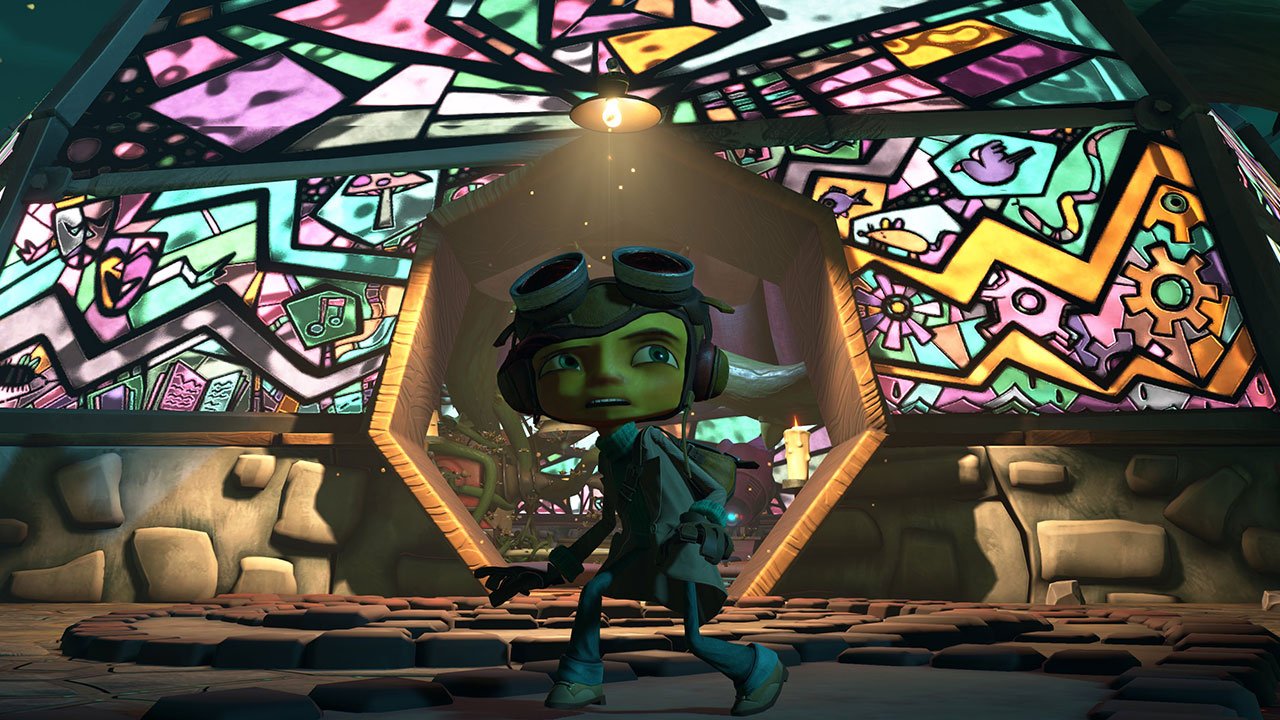 Sixteen years have passed since Double Fine’s Psychonauts launched, and in the time since it has grown in reputation to become a cult classic. The platformer’s inventive worlds, strange cast of characters, and diverse psychic powers has
endeared it to many, myself included. And now, with Psychonauts 2, Double Fine has not only met expectations for what the long awaited sequel should be, but surpassed them.

Psychonauts 2 takes place immediately after the events of the VR title Psychonauts in the Rhombus of Ruin, meaning the franchise amusingly takes place over a matter of days despite the years between games. Raz and the Psychonauts have just rescued Psychonauts leader Truman Zanotto, and soon discover that there is a mole embedded in the organization who is aiming to bring back the Psychonauts’ most dangerous enemy – a water-based psychic named Maligula. As Raz begins his internship with the Psychonauts, he slowly uncovers the mystery behind the mole, as well as what caused the founders of the Psychonauts to fall apart decades ago and how that connects to his own family’s past.

The past plays a major role in Psychonauts 2. At its heart, the game is about overcoming trauma and making amends for the consequences of actions made years ago. Many of the characters whose minds you explore are overcome by
trauma, and each has a different response to it. One locks their identities away because of mistakes they’ve made; another turns to alcohol in order to deal with the loss of multiple people that are important to them. The genuine warmth and positivity that runs throughout the story allows it to deal with these difficult subjects with care. As an opening title card states, forgiveness and empathy are core themes, and that’s ultimately what shines through by the game’s end.

And in no way does the game’s humour detract from that. The original Psychonauts was acclaimed for the strength of its writing and for just how funny it was, and I would argue that its sequel surpasses it. From absurd visual gags to witty dialogue, it’s difficult not to smile as you play Psychonauts 2. The characters shine from top to bottom, with great voice acting supplementing the writing quite well.The highlight for me is easily Sam Boole, sister to the first game’s Dogen, who is the most bizarre character in a game filled with ridiculous people. Just ask how she makes pancakes
and you’ll see.

Much like the first game, Raz explores several hub areas in Psychonauts 2 in addition to entering various mindscapes. The level design is, on average, better than the first Psychonauts, though there isn’t a level that stacks up to the heights found in the original’s Milkman Conspiracy. From a cooking show where anthropomorphic food begs to be used as ingredients to a world that looks like Woodstock but on an acid trip, it’s fun to explore and discover the inventive landscapes Double Fine has constructed.

That being said, the quality of the platforming itself is merely fine. I did not like how the original Psychonauts controlled, and though Psychonauts 2 is an improvement over it, the controls are still not as tight as I would prefer. In situations where speed is involved, such as grinding on rails, it’s difficult to tell whether your momentum will
cause you to overshoot your target or whether you need to jump to stick the landing. Jumping itself can be hit or miss — for simple platforming sections it works fine, but the addition of interactable objects like a trapeze often makes it frustrating due to a lack of precise control.. Despite being a platformer, platforming is not what endeared me to Psychonauts 2.

“Compared to its predecessor, combat in Psychonauts 2 is chaotic in a good way.”

At least the psychic powers at your disposal are inventive. Raz starts the game with a handful of powers carried over from the first game, such as Clairvoyance and Levitation, and picks up a few others over the course of the story. All have different applications in both puzzle solving and combat, and they were all fun to use and experiment with. For example, Clairvoyance can be used on nearly every single character or creature in the game, allowing you to uncover hidden secrets and see the world through their perspective.

Compared to its predecessor, combat in Psychonauts 2 is chaotic in a good way. There’s a greater variety to enemy types, ensuring that battles are more than just using a melee attack over and over with the occasional PSI-Blast thrown in for good measure. Different enemies require using different PSI-Powers in order to effectively fight them, such as Panic Attacks needing Time Bubble applied to them so that you can hit them. But by and large, you are free to fight enemies using any of the powers at your disposal. And by equipping special pins that are available for purchase at the
shop, you can create a fighting style that works for you. Spamming melee attacks can work, but it’s equally satisfying to grab enemies with Mental Connection and watch their health slowly drain.

Combat is also made better thanks to strong audio and visual design, which helps increase the impact of smacking an enemy in the face or watching them sizzle after lighting them on fire. Animations are crisp, though I wish there was a way to cancel out of them in some instances, and the weird look of the world and its inhabitants only serves to heighten the cartoonish look. The soundtrack is similarly good, though the vocal tracks were hit or miss for me.

Psychonauts 2 is a heartfelt game that is lighthearted yet filled with emotion, confident in what it’s trying to be and knowledgeable enough to focus on its strengths while smoothing over some of its predecessor’s weaknesses. It’s the type of game I want to play more of, not because of its gameplay or its style, but because all of its elements work together to create an experience that is unlike anything I’ve played in quite some time. It’s good to have Raz and his friends back, and I think that after playing Psychonauts 2, you’ll agree with me.

It took sixteen years, but Psychonauts 2 is worth the wait. 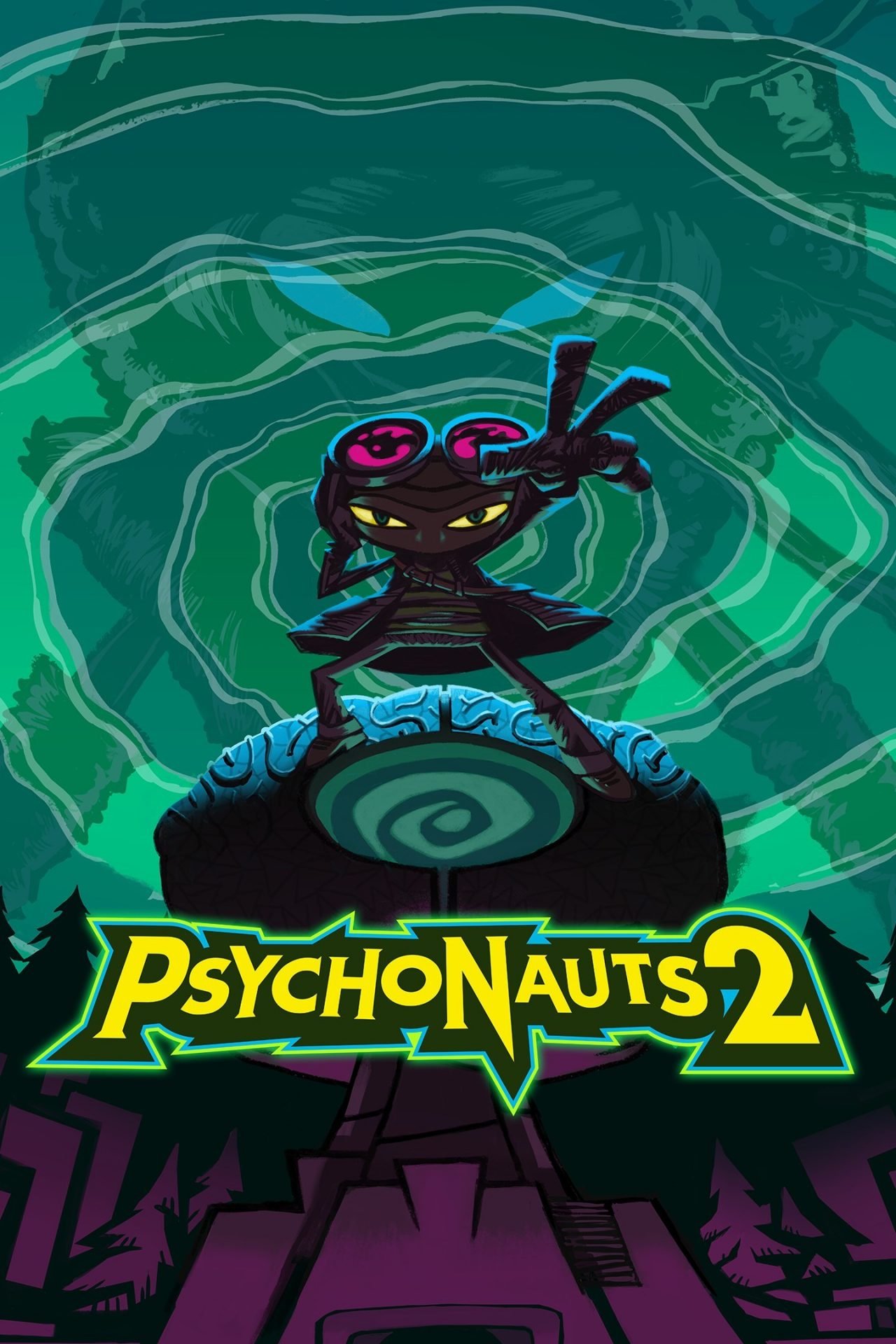