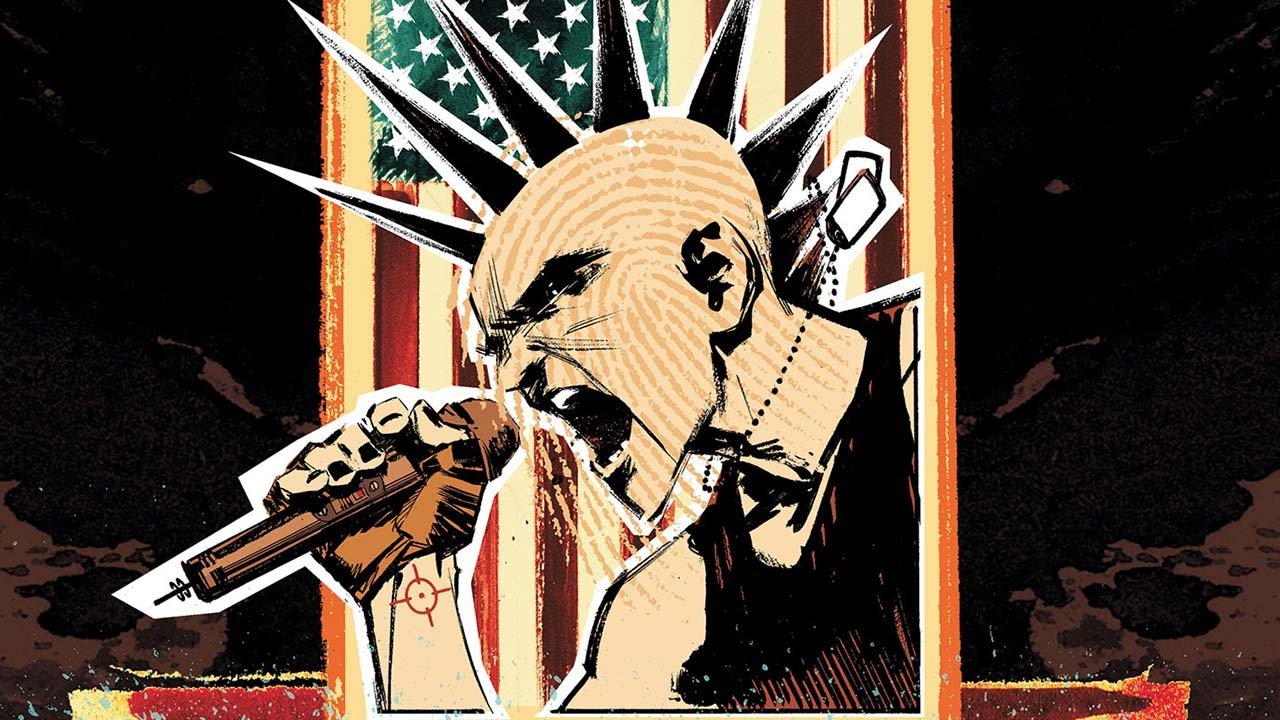 In Vertigo’s new series Punk Rock Jesus, written and drawn by Sean Murphy, human cloning is used to artificially induce the second coming of Christ so that Christ can be the star of a new hit reality show. It takes until the end of the first issue for the clone to be born but even without the titular character there is quite a story to tell; with a varied and intriguing cast and beautifully rendered black-and-white artworkPunk Rock Jesus makes for a captivating read.

Murphy’s art is exquisite, every panel filled with astounding levels of detail in a rough style that bring the images to life. Often with such detailed, sketchy pages the eye can wander, but Murphy is able to focus attention where it is needed; with few exceptions the focal point is always clear. That said, this book is not one to be skimmed, the more time spent soaking in the artwork the more it will be appreciated. Murphy’s frame layout is worth mention here as he occasionally uses floating frames to add to the kinetic nature of certain scenes or to bring the reader into the mindset of one of the characters. Given the rough line-art and the black-and-white scheme I was glad to see that the book had been published on newsprint rather than a glossy paper stock, which would have felt awkward given the book’s content.

Surprisingly, given the title, Christ and his punk rock career play a very small role in the story of this first issue. Instead Murphy has decided to explore the individuals working on the J2 Project, the reality show following the birth and life of Christ’s clone. This surprise is not a disappointing one, each of the main characters offers new perspectives and attitudes towards the project and their newly forming relationships are intriguing to follow. Rather than depend upon the contentiousness of depicting Christ in a comic book we are presented with the minutia and the sometimes deceptive details in the lives of those who will shape his life. The morality of such a program is also at question, and with no character on entirely solid moral ground the reader is free to make up their own mind as the story continues.

With wonderful artwork and an intriguing storyline it is definitely worth seeing where Punk Rock Jesus is heading. So long as you feel the content of the book will not offend you I see no reason to stay away.