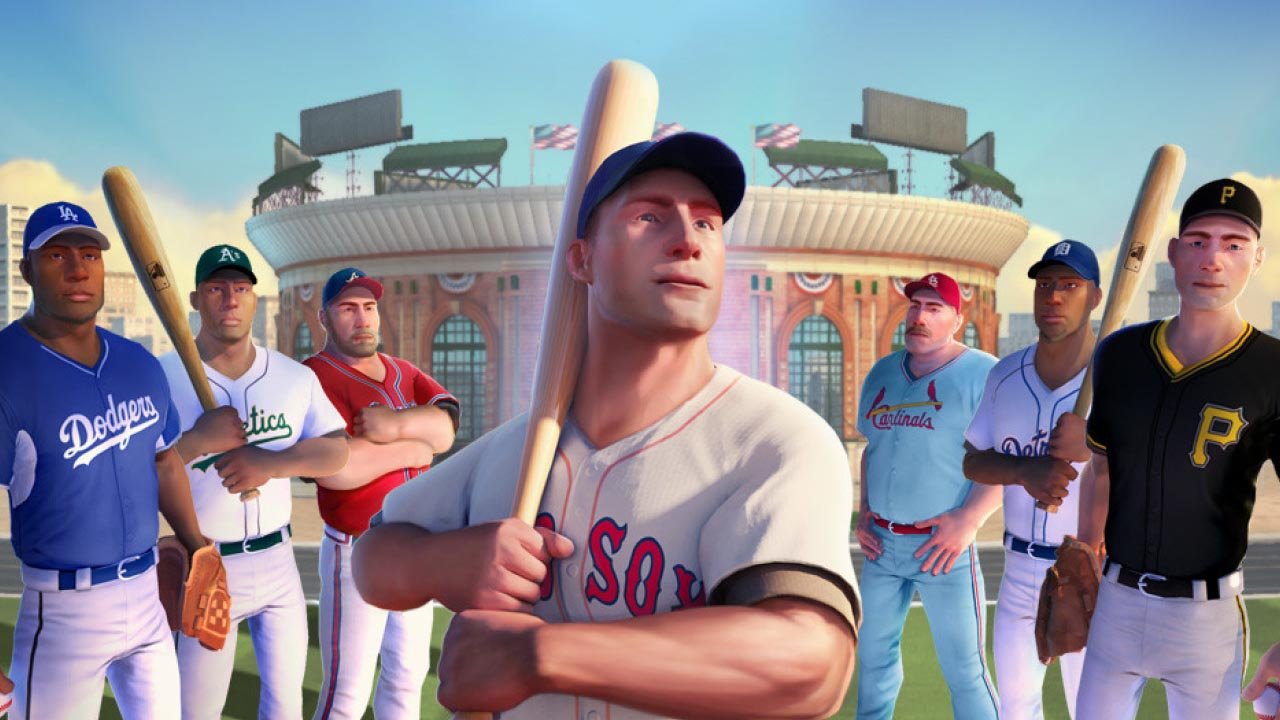 I’ve never understood the appeal of being taken out to the ball game. Baseball might be called a sport by many people, but for me it comes down to buying overpriced beer while a ball plays red rover with a tree branch some millionaire is holding. I guess this is why I haven’t played a baseball game since the days of SNES cartridges being sold in stores.

This makes my enjoyment of the R.B.I. Baseball franchise seem like a bunch of hipster garbage, but the truth is that R.B.I. Baseball gets a pass because it comes from the days when sports games were simply called videogames too. R.B.I Baseball 14 (or RBI 14 for short) is actually the eighth game in the franchise that they released in North America, and almost the 40th game if you include the titles not released here.

This version of R.B.I. Baseball comes to us from Major League Baseball itself. That’s right, the people who brought us Babe Ruth, A-Rod, and the Toronto Blue Jays have published a videogame, and according to Jamie Leece, the Vice President of Games for Major League Baseball’s Advanced Media division, RBI 14 is specifically built to play like R.B.I. Baseball, Ken Griffey Jr. Baseball, MVP Baseball, and all the other great baseball games of the late 80s and early 90s.

After playing the game for a while I have to agree with Mr. Leece and his claim. RBI 14 pretty much nails that old school baseball feeling. I want to say that RBI 14 is an exact recreation of the original, but I haven’t been able to compare this downloadable title to the original. What I will say is that RBI 14 matches any mental images you have of what an R.B.I. Baseball game should be.

It all starts with the gameplay, which I’ve heard called over simplistic by people who excel at modern baseball games like The Show franchise from Sony. It might be simple, but it copies the gameplay mechanics and rules of the original. Something like the lack of cut off men was an obvious choice, but to my surprise the developers of RBI 14went as far as including the 10 run mercy rule (which ends the game if one of the teams out scores the other by 10 runs) into this game.

The visuals are also very reminiscent of some of the later R.B.I. Baseball games, and even the trademark “OUT” and “SAFE” calls feel like they carry the same tone as the original game. I could go on and on about how RBI 14 invokes your favorite R.B.I. Baseball memories, but I’m already on the edge of being boring so just take my word that this new R.B.I. game has that old R.B.I. smell.

Unfortunately, going to great lengths to replicate old gameplay mechanics will naturally cause problems in modern game design. For example, when someone hits a fly ball you could almost say that there is a race going on between the ball and the camera. The camera always loses, and that makes it very hard to catch fly balls since you have to move your outfielders into the proper position before they appear on screen. Now that was exactly how the R.B.I. games played once the franchise hit the Sega Genesis, but that still doesn’t make it a good design choice for any decade.

After playing RBI 14, I have a feeling that one of the Genesis versions of R.B.I. Baseball was used for development research. This is because the musical choices of RBI 14also feel like they came from the Genesis era. Many of the original R.B.I. Baseball games had wonderful 8-bit tunes that would play during gameplay. Between innings, or during home runs, the gameplay tune would be replaced with another 8-bit tune, but to my great disappointment there is very little music in RBI 14and none of it plays during gameplay. The only 8-bit sounding song in the whole game plays over the MLB title card during the game’s opening credits, and that comes off feeling a little insulting. Modern rock songs will play between innings and after the game in RBI 14; however, there is something missing from this game, and I feel like it’s a sweet 8-bit sound track playing over the visuals of me hitting bomb after bomb into the upper bowl.

An argument can be easily made for multiplayer being that missing piece of the RBI 14 puzzle. It makes sense that RBI 14 would not have any online multiplayer since all of the games it is based on came from a time when online multiplayer had not been invented yet; however, despite the logical exclusion, I can’t help but feel like going online and playing RBI 14 with a friend would give me a reason to go back to the game now that I am done reviewing it.

As it stands, my thoughts on RBI 14 are the same as that person from your college years that you accidently ran into at the grocery store. Sure you make an effort of trying and reconnect at the start, but after a while you realize that now you are two very different people with very different lives. You enjoyed your time together in the college and now, but something doesn’t feel right and you drift apart again. That’s exactly how I feel about RBI 14, and while I did have a fun time reliving the old days, it didn’t take long for the lust of modern gameplay mechanics to overpower me.

Final Thoughts
After playing RBI 14, I have a feeling that one of the Genesis versions of R.B.I. Baseball was used for development research.
More From CGMagazine