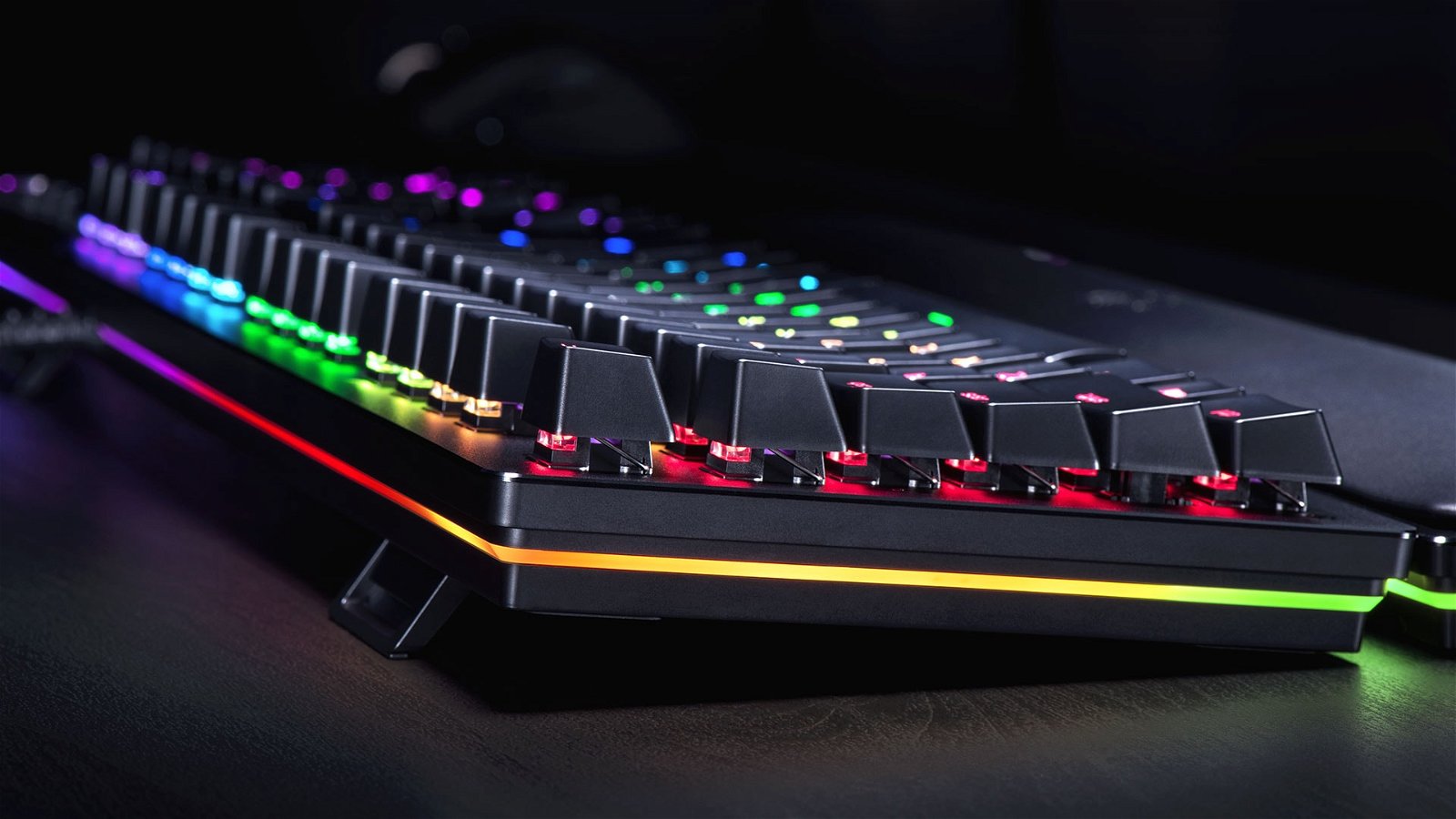 When I made the switch from console to PC gaming several years ago, a whole new world of peripherals opened up to me. Keyboards, mice, mousepads, monitors, headsets — RGB everything.

So many brands and so many options, but I was never fond of ostentatious “gamer” gear that would look out of place in any environment other than a dark nerd den. While the Razer brand is unapologetically “gamer,” with their neon green brand accents and snake logo reminiscent of an early 2000s dude-bro tribal tattoo, the company has a knack for producing sleek-looking products; I’m a sucker for a nice matte black finish and clean lines. And in the last few years, their product offerings have become even more diverse and geared toward professional settings. That brings us to today’s review of the Razer Huntsman Elite keyboard, an update to their standard Huntsman that features Razer’s proprietary optical switch keys and a few tweaks. Razer has killed the traditional mechanical keyboard. Let there be light!

Over its predecessor, the Razer Huntsman Elite kicks things up a notch with some additional visual and functional flair. To start, the Elite features 4-sided RGB underglow lighting that outlines the keyboard as well as its detachable wrist rest. It also includes dedicated media buttons as well as a digital dial on the top right side, allowing for standard media control such as pause, play, and volume change. With the Razer Synapse software, these keys, as well as the RGB effects on the keyboard and wrist rest, can be highly customized.

The Razer Huntsman Elite’s defining feature is the inclusion of the company’s optical switch keys — switches that do not rely on traditional mechanical metal-to-metal contacts to create an input, but instead optical light sensors which actuate when the key travels downward past a certain point. Razer states that the actuation point for these new types of keys is 1.5mm (for the Opto-Mechanical Switch) and 1.0mm (for the Linear Optical Switch). Without the need for physical contacts to meet with a full keypress, Razer states that these new switches improve the lifespan of keyboard keys and also eliminates contact bounce-related errors, allowing their firmware to save up to 20 ms of delay for each keystroke.

So in short, Razer claims these keys are more responsive and durable than traditional mechanical keys — qualities hardcore gamers no doubt will find valuable. My review sample featured the Linear Optical Switches, which have the shortest actuation point of 1.0mm and a quieter keypress than the Opto-Mechanical variant. Thanks to internal stabilizers, each keypress regardless of where I pushed, slid down smoothly with a nice soft thunk. And although key signals are sent before the key touches the bottom of the mechanism, resistance is strong enough that accidental presses are a rarity. In my testing, Razer’s Linear Optical Switches were accurate, responsive, and provided a solid tactile feel. Personally, I’m glad I was able to test this one, as the audible clicking of the Opto-Mechanical variant was too sharp to my liking.

Going back to the visual design of the Elite, the keyboard sports a clean aluminum matte black aesthetic with a rectangular profile. The RGB underglow that accents its sides manages to fit in nicely without looking excessive, despite also appearing on the wrist rest. The wrist rest is surprisingly heavy, though it offers a comfortable amount of bulk and “leatherette” padding. Its attachment via magnets is also a plus, as my last keyboard’s wrist rest broke due to weak plastic hinges.

On the software size, the Razer Synapse application is a bit too feature-filled for me to want to use it regularly, but it undeniably gives users a staggering level of control over their keyboards and other Razer devices. Razer Chroma allows for RGB customization across all supported Razer products, with the ability to save profiles in the cloud or internally on device memory such as with the Huntsman Elite. For now, I’ve settled with a simple rotation of the colour spectrum by default and will let games featuring Chroma support take control of the Elite’s RGB. Having tried DOOM and Overwatch, I’m fairly excited to see how other developers make use of Chroma in their games. Keyboard customization also includes special macros for individual apps or games or general macro recording.

If you’re looking for a keyboard that simply works, the Razer Huntsman Elite will no doubt be overkill for your needs. But if you’re an avid gamer that wants reliability, functionality, and style across all aspects of your gaming setup — and have no qualms with dropping a couple of hundred dollars on a peripheral — the Razer Huntsman Elite is no doubt one of the most impressive keyboards out there. It does a whole lot, and quite well. It also won’t embarrass you, and that’s always a plus in my book when it comes to gamer tech.

The Razer Huntsman Elite is pinnacle of what gaming keyboards can be, with an elegant aesthetic and tons of features. 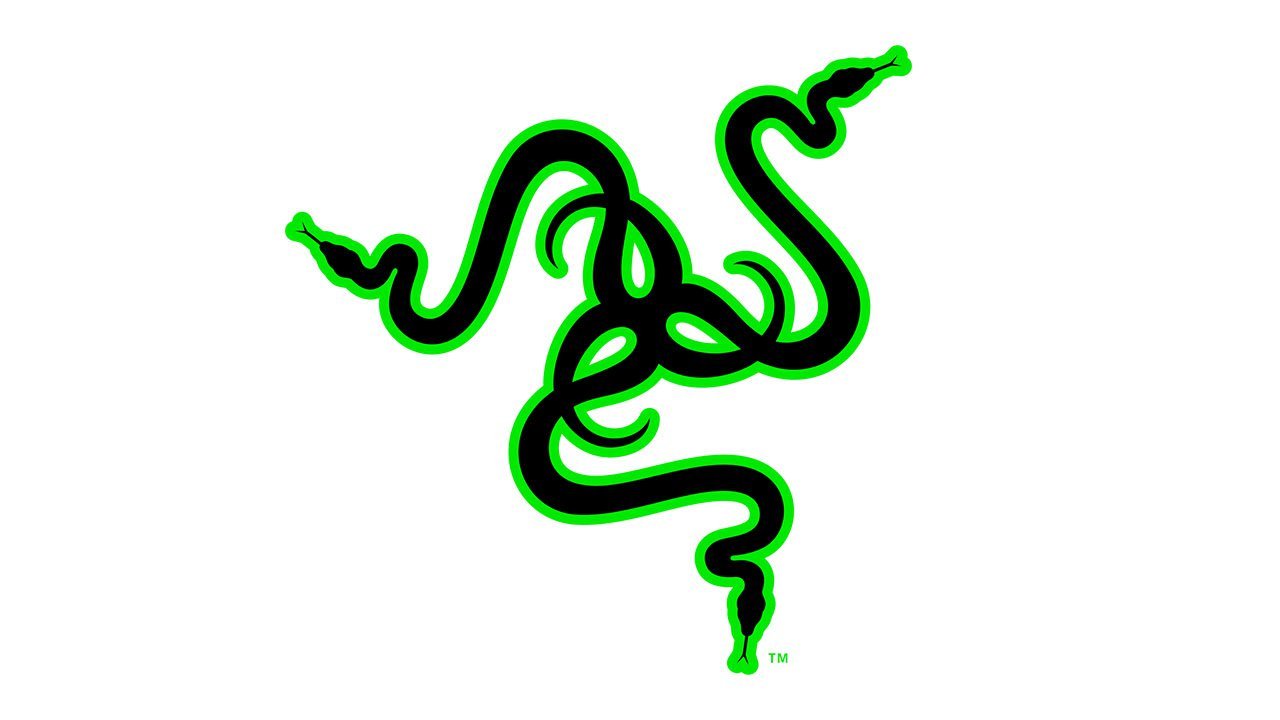