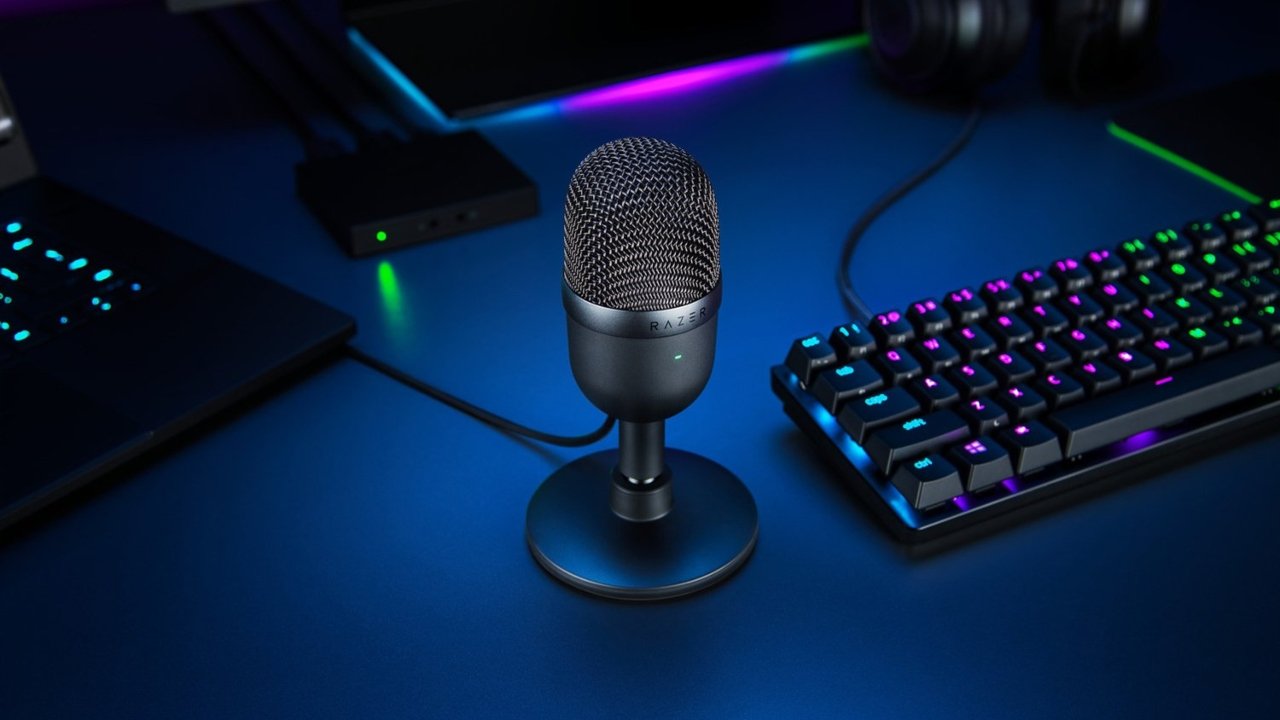 They say good things come in small packages, well in the USB microphone market, there are few as small as the Razer Seiren Mini.

Razer has brought to the market an incredibly bare bones version of its Razer Seiren X microphone. It’s more compact than its predecessor and has no features, no controls and no software. There is no headphone jack on the mic, nor is there a dial for the gain. This is the definition of plug and play.

In the box, you will find a stand, a small extension to bridge between the base and the capsule, the microphone itself (which looks like a large pill) and a USB cable. The cable has an interesting trait as the end features a shaped piece of rubber that, when plugged into the mic, completes the rounded shape of the capsule. The microphone comes in black, mercury (white) and quartz (pink).

Setup for the Seiren Mini was a breeze, because there is no setup. Simply plug in the mic and watch as the computer recognizes the new USB device and registers it. Once this is done, you are up and running. You will find it among your audio devices and will be able to assign it as your primary input in windows or as the microphone for any streaming software or Digital Audio Workstation.

The microphone’s biggest drawback is the lack of evolution in its stand from the Razer Seiren X. The stand is short and the motion is limited. It can be mounted to a mic stand or boom arm, but I required an adapter for the boom arm, just as I did with the Seiren X. As the mic is screwed onto the arm directly (No shockmount or other arm), it looks awkward mounted there. So, if purchasing this microphone, you need to decide if you want to go with the aesthetics of leaving it on its stand at the expense of having it further from your face.

The Seiren Mini sounded pretty good right out of the box. I did find it to be a little quiet, even with my mic input settings at their highest in my streaming and recording software. Since there is no way to boost the gain of the mic itself, you may need to resort to digital amplification in your streaming software or post-production software of choice.

As far as clarity is concerned, its super cardioid polar pattern did a reasonable job at eliminating room noise, but not perfect (which I wouldn’t expect out of a mic this inexpensive. I was able to apply some audio filters and EQ to both OBS and in DaVinci Resolve to do a decent job of getting rid of the remaining noise.

**A little tip for people trying to set their EQ who are not familiar with the process, I would recommend changing each band to the highest and lowest values to hear how they each affect your voice. It is good practice to create a smile curve, raising the lower and higher frequencies a bit and dropping the mid tones a bit. From here, slightly adjust each band until it makes your voice sound the way you want it to.

After making these changes, I found a lot of improvement, but not without its challenges in a room with a lot of ambient sound. In OBS, the lower volume of the mic was affecting the noise gate in a manner where, if I wasn’t speaking my loudest, the noise gate would cut off my voice. I lowered the threshold, but that meant that more noise could get through. When I did speak, you could hear the noise rush in with my voice, but it was still a big improvement.

In DaVinci Resolve, having the Noise Reduction feature greatly affects how smooth the sound can be. I managed to eliminate the noise almost completely and make my voice sound good in the process. This little mic can pack a big punch.

At $49.99 USD, you are not going to find another microphone with this quality. It is a great starter mic, but someone who isn’t interested in taking the extra steps to optimize their voice with proper compression and EQ may want to spend a bit more to find a mic that better suits their voice out of the box.

Final Thoughts
While the Razer Seiren Mini isn’t packed with features, it is simple and is probably the best quality budget microphone on the market.
More From CGMagazine