A Blast from Spielberg’s Past
SCORE: 8/10 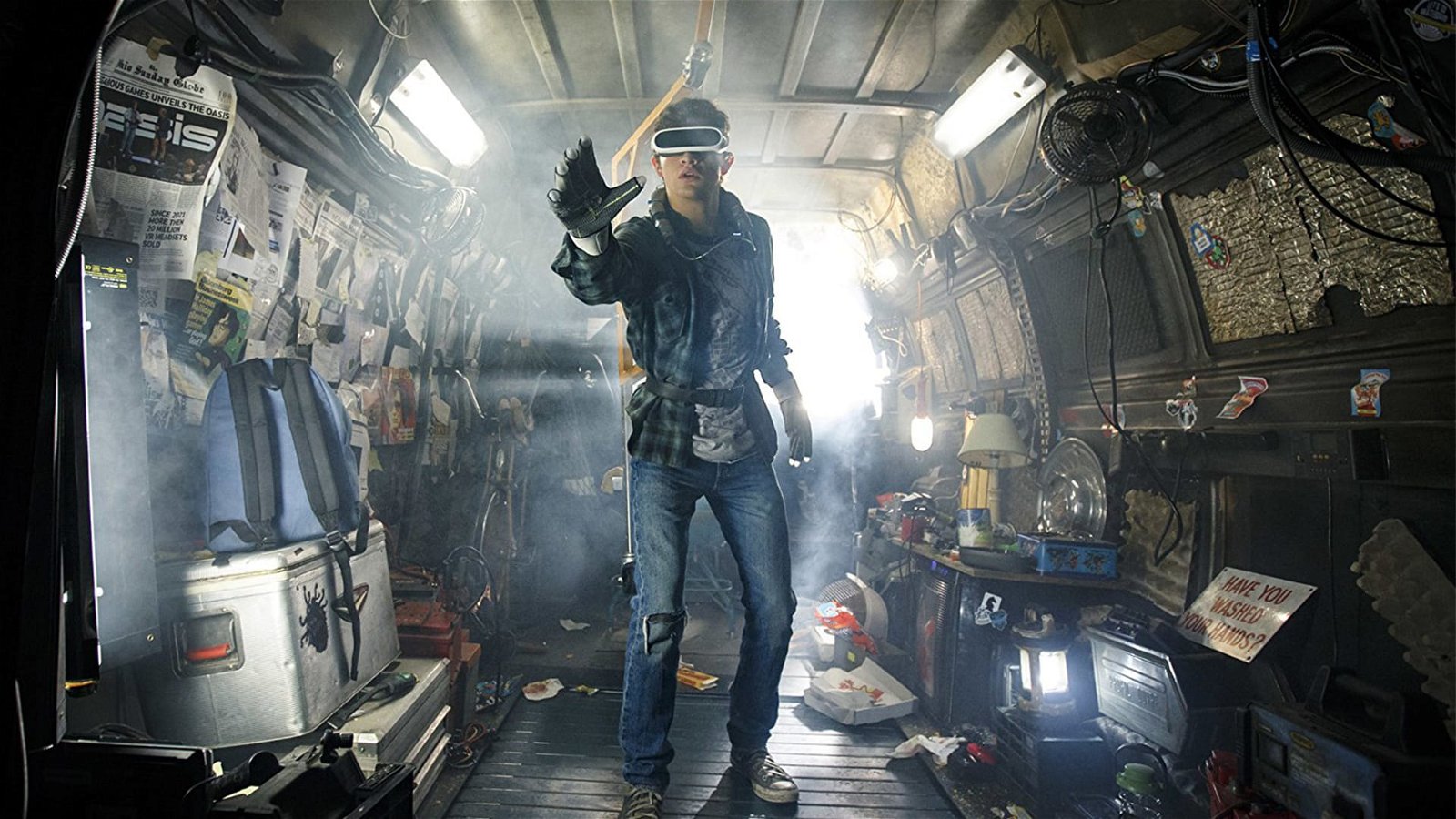 Steven Spielberg is arguably the greatest filmmaker in popular culture. He burst on the scene in 1975, scaring the pants off audiences with the first official summer blockbuster – JAWS. Coming into the 1980’s and early 90’s, Spielberg continued his box office and pop culture dominance directing such iconic films as E.T., Raiders of the Lost Ark (plus two Indiana Jones sequels) and Jurassic Park. As a producer, he’s been attached to 80’s classics like Gremlins, Back to the Future, Poltergeist, The Goonies, and Who Framed Roger Rabbit. While he veered away from sci-fi and fantasy into more dramatic films later in his career (Schindler’s List, Saving Private Ryan, Lincoln, and most recently, The Post), Spielberg will always be known to every child of the 80’s as a man who made us smile from ear to ear. He let us into his imagination and we never wanted to leave.

Now, with Ready Player One, Spielberg has jumped into a beaten down DeLorean and travelled back in time, conjuring up some of his 80’s sci-fi magic – proving the King of Popcorn Flicks is far from dead.

Based on the relatively successful novel by Ernest Cline, Ready Player One begins in 2045. The story follows the lowly life of Wade Watts, an 18-year-old who lives in the slums of Columbus, Ohio. He is an orphan (immediate audience sympathy) who lives with his aunt and her scum-bag boyfriend. To escape from the desolate and depressing world of everyday life, most people (Wade included) travel to the virtual reality world known as the OASIS. In the OASIS, people can live the life of their dreams as avatars of themselves. With the death of OASIS creator, James Halliday, a quest for the ownership of the OASIS has begun. Within the VR world, there are three Easter Eggs in the form of keys hidden by Halliday. The one who decodes the mysterious whereabouts of all three keys will become the sole proprietor of the OASIS, bringing with it immense money, fame, and power.

Ready Player One is a fun, thrilling adventure film that is as relevant as it is entertaining. The main themes echoing throughout the movie are that humans need to be connected – really connected. Not by avatars on a computer screen (as we have today) or through a VR headset as in Ready Player One. But by true human contact – face to face, hand to hand. The movie’s action sequences are some of Spielberg’s best. The opening motor vehicle race hits you with such a barrage of delightful imagery and frantic pace – it’s like being punched in the face over and over again. Only with every punch, your smile grows wider and wider.

With another director at the helm, Ready Player One could have fallen into that all too familiar pattern of extravagant action scenes blinding audiences to the lack of character development and plot (go see last week’s Pacific Rim Uprising for a recent example). But Spielberg, being a master storyteller, knows what the audience needs – exciting action yes, but also an engaging plot and characters we can care about and root for.

Without Spielberg, Ready Player One could also have easily rested solely on its nostalgia laurels. And there’s no shortage of pop culture references in the film. From Freddy Kruger and King Kong to The Iron Giant and Mechagodzilla, Ready Player One is like a grenade had exploded in the mind of a child born in the 1980’s, then plastered itself on the silver screen. These 80’s connections are a delight to see, but without a strong bond to the characters, the film could have fallen into the ‘entertaining but mediocre’ category.

Thankfully, this is not the case for Ready Player One.

As expected from any Spielberg movie, the acting is top notch. From established character actors like Ben Mendelsohn and Mark Rylance to relative newcomers, Tye Sheridan and Olivia Cooke, the performances are always believable (even when the actors are avatars) and draw you deeply into the story. Lead actor Tye Sheridan, who plays Wade Watts, carries the film on his shoulders with appeared ease – he is engaging and believable in every scene, even as an avatar. And here’s where Spielberg’s directing talent shines. Much like James Cameron did in his sci-fi epic Avatar, audiences are automatically drawn into this world of avatars in the OASIS. While the scenes are all CGI and look like a high-resolution video game, the actor’s avatars (Sheridan’s, Cooke’s, and Lena Waithe’s respectively) are compelling – a credit to the actors, their director, and the technology behind the film.

Now Ready Player One isn’t a perfect film. The villain, played by Ben Mendelsohn is more mistake-riddled than an evil monster, which takes away from the high stakes of the plot. At times, the film runs out of steam, especially in the last Act. While the kinetic pace of the action sequences is to-die-for, the slower moments feel uneven in comparison. However sporadic, these segments lag the film’s momentum, luckily, the script has enough twists and turns to reboot and re-engage the audience.

Ready Player One is made for children of the 80’s. The music and pop culture imagery bring back that warm fuzzy feeling to those of us who were young in that era (yes, I’m included in that age bracket). One would have to go deep into 80’s pop culture lore (all the way from Stanley Kubrick’s The Shining to the obscure toy Madballs) to get the most out of the movie.

Will this be lost on the gamer generation of today? Perhaps.

But it would be a shame if that kept people from seeing this film. Ready Player One is far more than 80’s references; it is a film full of action, excitement, mystery and heart.

Ready Player One is a fun and exciting adventure film; one that ushers in the triumphant return of Steven Spielberg to the sci-fi genre. 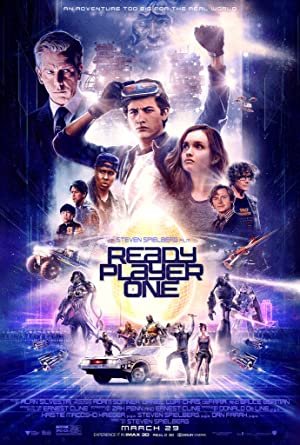