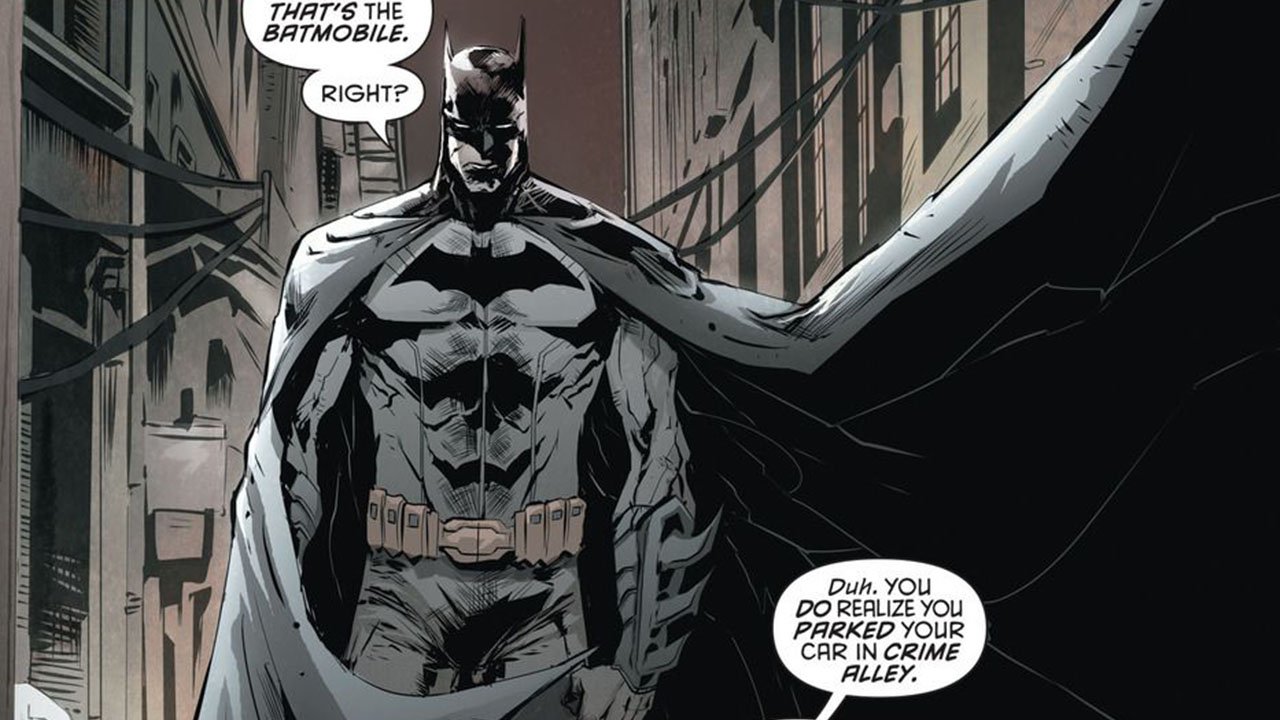 Jason Todd has a fascinating history with DC Comics. He started out as Batman’s boy wonder, the second Robin after Dick Grayson broke up the band to become the solo crime fighter Nightwing. Todd filled Grayson’s role, but he was darker, edgier—willing to cross the lines that the retired Robin wouldn’t. Then came 1989. The four-issue story arc titled Death in the Family blazed onto the stands and became an instant classic. By the end, the Joker had killed Robin and left Batman to pick up the pieces—literally. For all intents and purposes, Jason Todd was gone. But comic books are like soap operas—dead is never really dead. Todd returned as the Red Hood, finding life after death in the Lazarus pit. And now he has his own storyline in DC’s Rebirth title Red Hood and the Outlaws.

Red Hood and the Outlaws Rebirth #1 begins with a flashback: the moment Todd met the Batman. He was stealing one of the Batmobile’s tires when the Dark Knight confronted this young kid on the streets. During their short altercation, Batman saw something in Todd, something that would lead him to opening up his world to a new Boy Wonder. The comic then flashes forward to present day where Todd is now the Red Hood, wreaking havoc through Gotham. And the one standing in his way is his former teacher.

Red Hood and the Outlaws Rebirth #1 does a good job introducing and reacquainting readers to this off-beat character. Writer Scott Lobdell elicits both the past and the Bat to tell an intriguing first issue. There is plenty of nostalgia littered throughout the comic. Unfortunately, this is one of the issue’s drawbacks—it retreads a number of old storylines. This is likely done as a brief origin story, so future issues don’t have to tell readers who the Red Hood is and where he comes from. But for a Rebirth title, it doesn’t start the series off with a bang.

However, pulling Red Hood and the Outlaws Rebirth #1 out of the fire is the artistry. Illustrator Dexter Soy does a terrific job bringing life to the re-enactment of events like Todd in his initial tussles with Two-Face as Robin and his demise at the hands of the Joker. Soy’s image of the Joker holding a crowbar over Todd is chilling, followed by a terrific splash page of that iconic after shot—Batman carrying a vanquished Robin.

While the title mentions the Outlaws, this issue focusses solely on the Red Hood. His Outlaws come later in the ongoing series, hinted in the comic’s cover. A close up on Red Hood unloading his rounds reveals two characters in his gun’s scope – Bizarro and Artemis. It should be interesting times for Red Hood and his Teen + rated ongoing series with these two.

In all, Red Hood and the Outlaws Rebirth #1 in an enjoyable read. It had a little too much back story and not enough here and now, but as a series starter, this is nothing egregious. If anything, it sets up a Gotham City for Red Hood to do his dirty work in.

And as Gotham goes, there are surely enough villains to go around for Batman not to get jealous.

Red Hood and the Outlaws Rebirth #1 is a solid series starter, offering a mixture of past and present for readers to mull over.