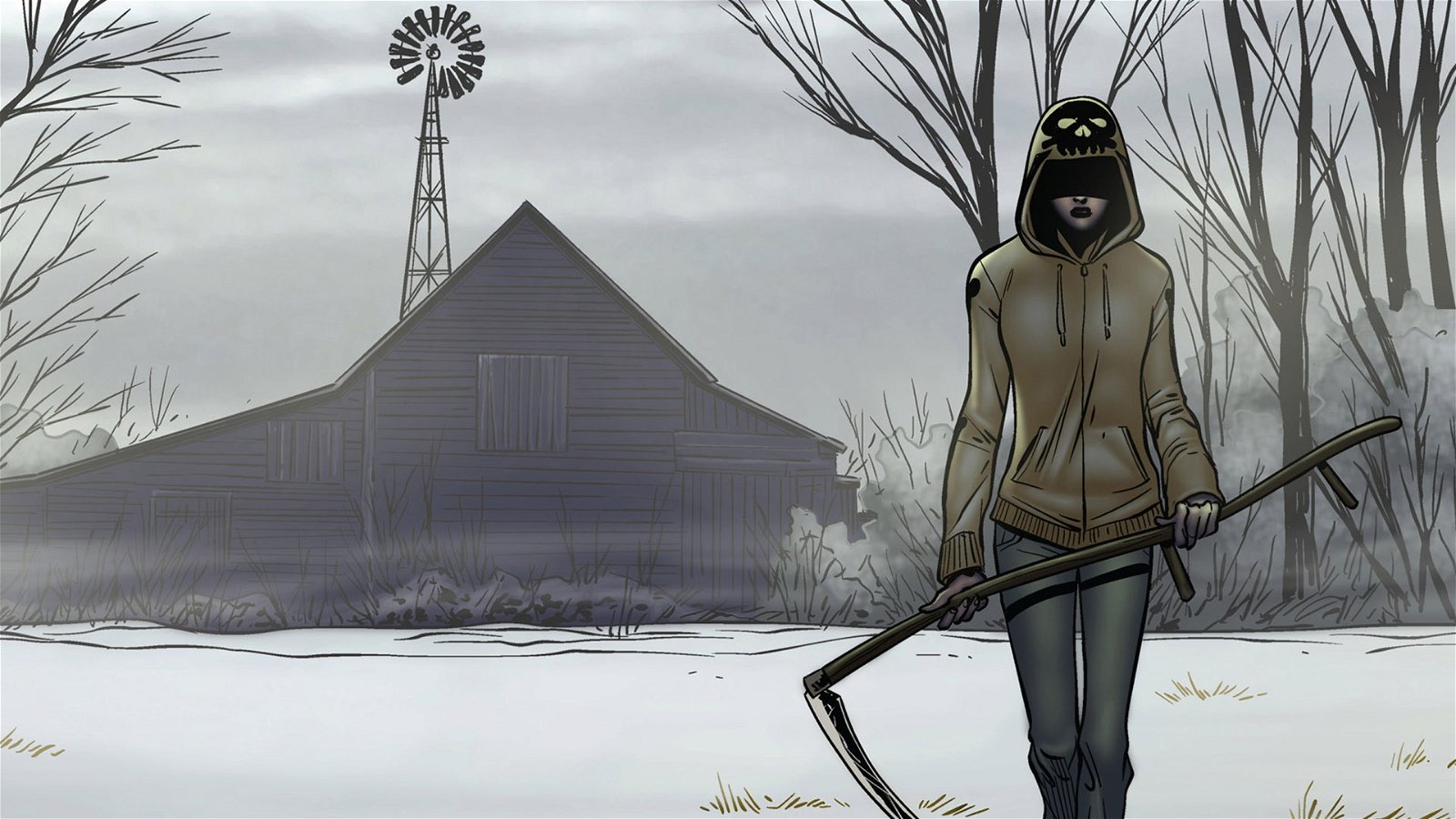 The dead rise in a small Wisconsin town and while the government doesn’t know what to do, it is up to a young cop, with a desperate desire to make detective, to sort things out. Though on the surface this may seem to be a fairly conventional concept for a simple story about killing zombies what it actually describes is the engrossing concept behind Tim Seeley’s and Mike Norton’s new series Revival. The undead in this “farm noir” tale are far more complex than your simple zombie and rather than viciously battling for survival, the characters struggle to find a measure of peace in a world that has just been turned on its head.

Seeley, known for playing with genre conventions in Hack/Slash, toys with reader expectations by deliberately leaving out vital information in order to create a sense of confusion, never really allowing for a complete understanding of what is happening. This makes it very easy to relate to the characters undergoing a similar process of understanding. Add to this is the flawed and realistic characters that Seeley provides us and it is difficult not to become involved. The plot of this first issue unfolds smoothly and the exposition that is required in a first issue never gets in the way the tale being told but instead provides a bigger picture of the world that Revival exists within. One of the best ways through which this is handled is the ambiguity involved in what “Revival Day”, the day when a number of dead people came back to life healed of all injuries or infirmities, means for humanity as a whole and how it should be dealt with. Numerous conversations come to this point eventually, and a myriad of viewpoints are expressed, allowing any readers to create their own answers. The dialogue is smooth and feels natural, which is impressive given the wide variety of character types that Seeley freely plays around with. It is difficult to ask for anything more from this issue’s writing; it is smooth and natural, and will keep you interested and involved.

Norton’s artwork does a great job of complementing Seeley’s writing; it is detailed, varied, and nuanced. The linework is relatively simple and crisp, which along with the generally washed out palette seems right at home in the Wisconsin winter. Despite the strong, simple style of the lines Norton is able to use a considerable level of complexity within the artwork itself to great purpose. More than anything, Norton should be praised for his ability to make every piece of art communicate meaning in a very expressive way; from the mingling of blood and the steam of frantic breath to a wavering reflection in the water this quality is hard to understate and does a lot to push the book forward. In particular, Norton’s ability to portray a character’s personality and mental state through their posture alone is impressive and he does not shy away from using body language heavily. Norton’s artwork draws you into the story, the palette feeling wispy and mysterious, while the emotive nature can’t help but captivate.Revival promises to be a complex and nuanced series, with a realistic and emotionally involving cast and deeply intriguing subject matter. Unless you are set on seeing zombies be cut down by the dozen I highly recommend giving this title a look.

Unless you are set on seeing zombies be cut down by the dozen I highly recommend giving Revival a look.