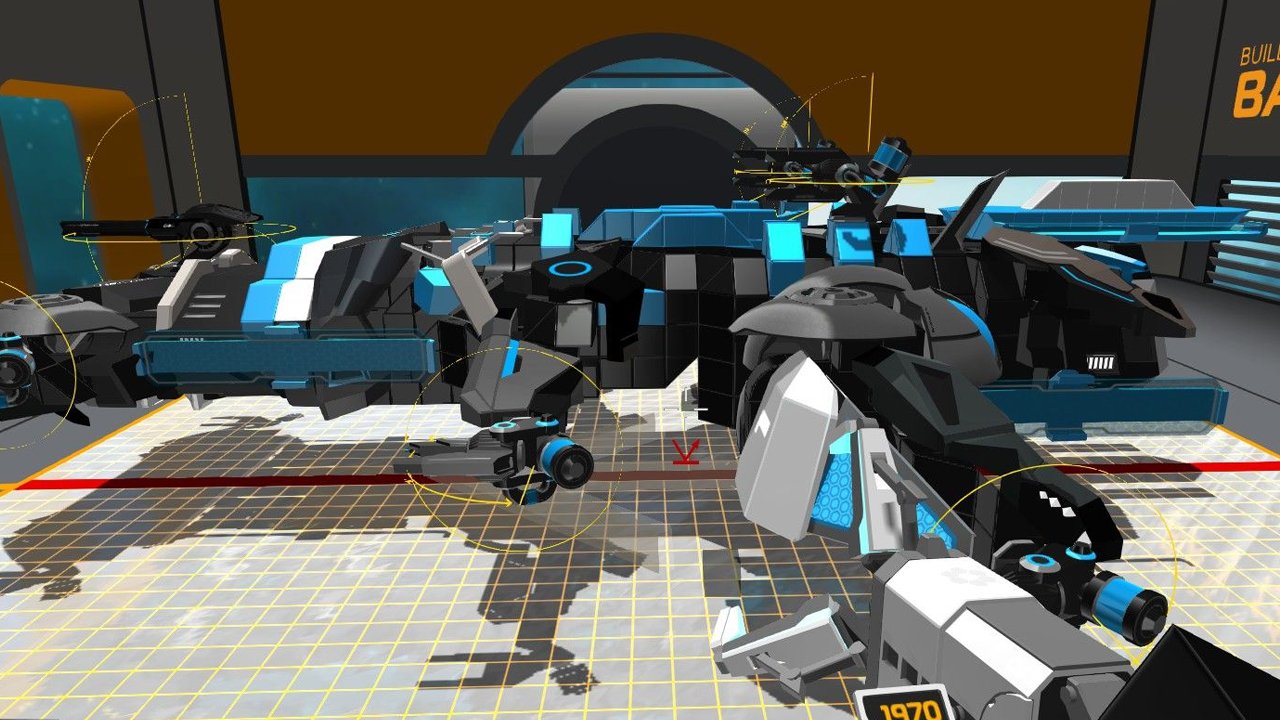 When I was told about Robot Arena III I had two thoughts. The first was, “I can’t wait to live out my fantasy of building and fighting my own battle bot” and the other was “wait, there’s been two previous games?” Don’t fault me on living in my blissful ignorance of Gabriel Interactive’s robo series. Given Steam’s vast library of titles, it’s easy to get lost in the shuffle. I figured since the series is running strong into its third instalment, there must be something to it. Unfortunately, an overly simple combat system combined with an overly complex building mechanic and some terrible visuals makes for a game I really wanted to like, but ultimately did not enjoy.

Let’s get one thing out of the way early on: I could not figure out how to build a robot in Robot Arena III. I actually had to reach out to Gabriel Interactive to get some pointers. My first several attempts at building a robot warrior just didn’t work. There is an insane amount of customization, to the point where I was unsure of where to begin. You can change the shape, motor, weapons, wheels and even the materials that its made from.  There are a lot of options that essentially do the same thing, but to varying degrees. You can get combat tires for instance, or build your robot’s body out of wood or steel. It’s a very deep build system, but it’s overwhelming and the lack of guidance makes it a very frustrating affair.  My first attempt just fell over and didn’t even start.  The overly complex build mode made me feel I needed real world knowledge of how to make a robot.  If I had that knowledge, I wouldn’t be a writer, and I most certainly would be out actually building a battle bot instead of playing a game based on it.

I can’t be overly critical of something that is ultimately my problem. Many games are designed for enthusiasts rather than gamers who have a mild interest in the subject. There is a whole series of games where you can build your own model trains dedicated almost exclusively for railfans. However, it was disheartening when I had to use one of the premade robots instead of my own creation.  I felt even more disheartened when I discovered that this was probably the bread and butter of this franchise, because once you get into the actual gameplay, there is hardly anything there.

Combat is overly simple to say the least. The game plants you into an arena with three other robots, and the last one standing wins. You take enemies out by finding their weak points and aggressively pressing one button until your robo-nemesis breaks. It’s not really a challenge though, as you mostly target the side of the battle-bot that doesn’t have a weapon attached to it.  The actual difficulty comes from handling the slippery controls. I guess one could make the argument that controlling an actual robot wouldn’t be an easy task, and to be completely honest, I’m horrible with remote control vehicles, but I would lose control very easily, putting myself at peril.

Oh, and there are a lot of potential robots to fight. You can choose from something more traditional, like a little dude with a buzz saw attached to his front, or if you’re feeling brave there are bigger, sturdier enemies with weapons surrounding their entire bodies.

The game does have some bright spots however. The level variety is, scientifically speaking, bonkers. You can choose from a traditional battlebot arena to a disco club or a railway and there were even some with lava pits. On top of that, they did take some pointers from Battle Bots by putting triggered traps around the arena. As a fan of the show, I appreciated that nod.

Things like that make me think this really is a game made for a very specific niche, and to outsiders, it’s a bad mix of a complex building system and a overly simple combat.  I really wanted to like Robot Arena III more than I did, but ultimately it’s not a game made for me. And that’s okay; I’ll just enjoy Battle Bots from my TV screen instead of my computer screen.

Final Thoughts
A really complex building mechanic mixed with an overly simple battle system are just a few of the problems that plague Robot Arena III.
More From CGMagazine