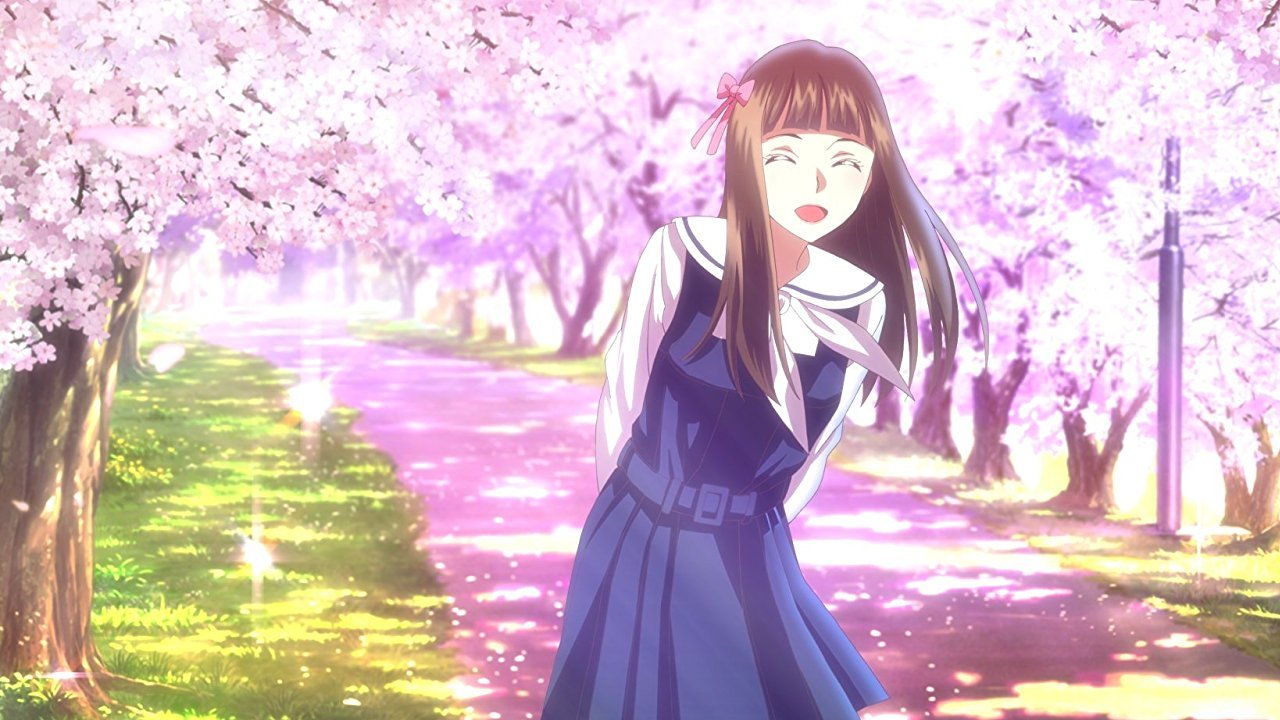 A girl, an unmarked letter, and a dark secret eating away at seven hearts; the mystery at the core of Root Letter, the latest visual novel from Kadokawa Games, is a gripping one. Takayuki, a 30-something Japanese man, waxes nostalgic about a pen pal named Aya Fumino he lost touch with fifteen years ago. While sifting through the stack of letters she once sent him, he uncovers one— mysteriously unopened—in which Aya confesses to killing someone and announces her intent to disappear. Takayuki, his curiosity piqued, travels to Aya’s hometown to question her former friends and find out what happened to her so many years ago.

I was immediately intrigued by Root Letter‘s narrative hook, but even more interested in its setting: the game takes place in the beautiful Shimane prefecture, across the real-life cities of Izumo and Matsue. I had the pleasure of staying in Izumo for a week during my transformative excursion to Japan two summers ago, making the game a surreal nostalgia trip for me. All of the places Takayuki visits in Root Letter are modeled after real locations; I have a picture of myself standing in front of Matsue Castle that lines up so perfectly with its in-game depiction that it’s almost eerie. And while my experience with Shimane certainly elevated my appreciation for Root Letter‘s nature-rich locales, anyone should be able to appreciate their gentle, rustic beauty.

Over the course of Root Letter‘s ten chapters, Takayuki pieces together the information he gleans from Aya’s letters to find her former classmates, all of whom are still living in Shimane. Each of these classmates, in turn, reveals a little bit more about the circumstances surrounding Aya’s mysterious disappearance. Who did she kill? Was she even who she said she was? Could there have never been an Aya in the first place? These questions propel the mystery forward until the player reaches one of five endings, though not all are conclusive. The trouble with Root Letter begins here: a visual novel lives or dies by its writing, and Root Letter has a terminal case of inelegance. Its prose lacks finesse, wildly see-sawing between serious and comedic, with irrational characters that spout absurd dialogue.

Takayuki’s drive to discover Aya’s whereabouts borders on obsessive, yet he is wholly without motive aside from idle curiosity. He refers to characters using Aya’s nicknames for them, which range from “Monkey” and “Shorty” to the bizarrely crude “Bitch,” a name he humourlessly throws about with wild abandon. “You’re that chatty Bitch, aren’t you?” he asks a middle-aged single mother, and yet she seems relatively unfazed by his accusation. Takayuki himself is something of a jerk, regularly harassing bystanders for information and repeatedly visiting Aya’s friends at work, even after they’ve repeatedly told him to buzz off. There’s a certain appeal to having an abrasive main character, but Takayuki has little personality aside from his dedication to finding Aya, making him difficult to sympathize with.

The game’s strange writing is compounded by its core mechanics. Root Letter aims to be more than a straightforward visual novel by introducing investigation elements in the vein of Ace Attorney. Takayuki can check objects in the environment, refer to his guidebook, and present items to coax information out of people. The problem is that there is exactly one way to proceed in any context, period. The story only diverges during the final two chapters, which differ depending on a series of clearly defined choices throughout the game that are easy to manipulate. The investigation phases ultimately become exercises in trial and error, and unlike Ace Attorney, there’s little deduction required on the player’s part—sometimes it’s a matter of selecting every seemingly-unrelated dialogue option until the game decides to progress.

It’s a shame that Root Letter has such abysmal writing, because there truly are some fascinating plot threads to unravel throughout this brief journey. It nails the “visual” part of “visual novel,” showcasing nature’s abundant bounty in a little-known slice of the Japanese countryside. Meanwhile, its soundtrack boasts a handful of stunningly beautiful melodies, but they repeat far too often, further lessening the impact of climactic events. The game feels decidedly out of balance, its compelling premise at odds with a wildly uneven presentation. There’s a great story buried somewhere within Root Letter, but it simply can’t find the right words to tell it.

It's a shame that Root Letter has such abysmal writing, because there truly are some fascinating plot threads to unravel throughout this brief journey. 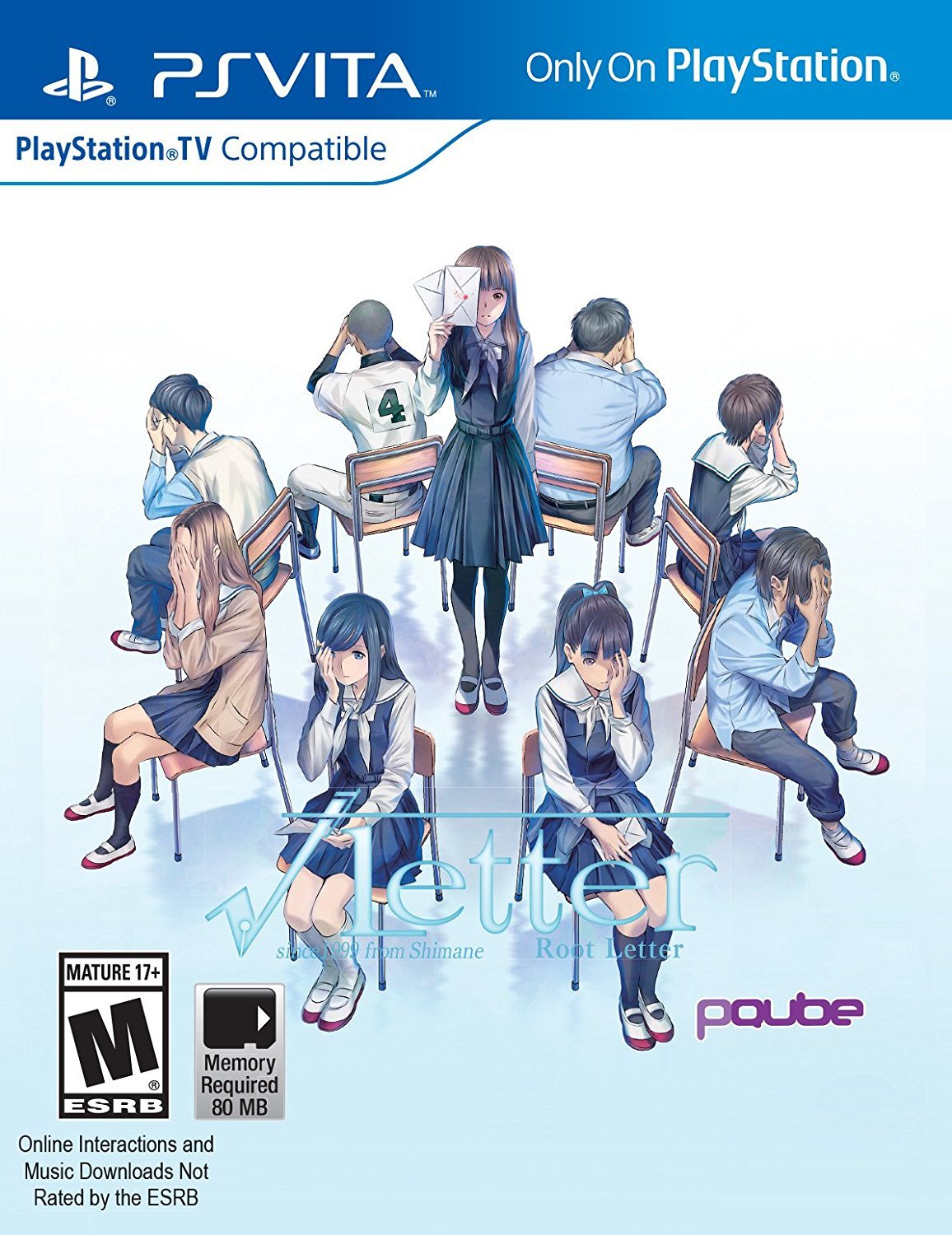