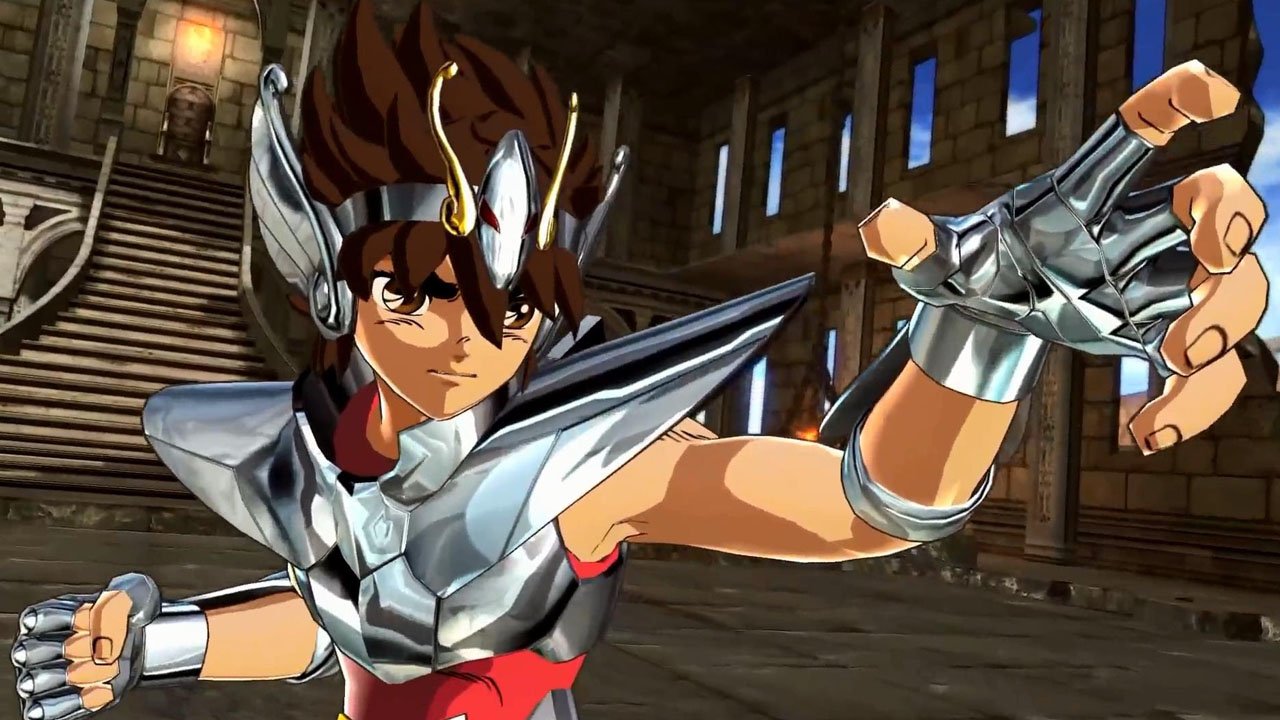 I never really got into Saint Seiya when I had the chance. I was in high school when it had its brief run as Knights of the Zodiac on YTV’s late-night anime program Bionix. Having fancied myself somewhat of an anime connoisseur (only as an adult did I realize I was the biggest anime snob, thinking I was a lot smarter than I was), I wrote it off for its lacklustre visuals and mediocre plot.

Only revisiting it as an adult do I appreciate its real worth. It’s certainly not a great anime, but it’s no worse than any other anime we grew up with. As far as its story goes, it’s actually kind of cool and pretty compelling. It has that very tropey, 80s anime feel to it (the kind of thing that Futurama episode Rebirth captured so well), which makes it kind of hilarious. Oddly enough, only the first couple episodes have relatively poor visuals, and the production value picks up as it goes on. While it still does that thing all anime does to save money on animation by simulating animation with little to no movement in the characters, it’s fun enough to keep you engaged.

I mention all this because I felt it very necessary to do my homework when I was assigned Saint Seiya: Soldiers’ Soul to review. I wanted to make sure I knew enough about the anime to review a tie-in game. Luckily, outside of the characters, you don’t really need to know all that much. Saint Seiya: Soldiers’ Soul doesn’t attempt to tell the same story as the anime, rather telling its own original stories in a fast-paced and pretty fun fighter.

Saint Seiya offers four stories in its campaign mode. While I was only able to complete the first chapter upon the writing of this review, none of the chapters are linked in any way, and you can play them in any order you want. The story does rely a bit on your knowledge of Saint Seiya, however; much in the theme of the anime, each story battle beings with an extensive amount of recap and explanation from the narrator, followed by explanation and recap from the two characters about to engage in the fight. Keeping in theme with the anime, all the dialogue is in Japanese with a few of the original voice actors reprising their roles. While I enjoy the game paying homage to its origins, some of the game’s subtitles move way too fast, and you’ll often miss whole lines of dialogue.

However, it’s actually really charming in the way it recreates some of the lesser production values and camp of the anime. The story doesn’t allow you to choose a specific character and each chapter alternates through the main Bronze Saints (Seiya and his friends). While at first this can seem frustrating as you’re forced to learn a new character on-the-fly, I actually quite enjoyed this. Most characters have the same basic moves and they all play fairly similar. It gives you an opportunity to get a feel for each character and find your favorite. As you progress through the story, you’ll unlock the Gold Saints that you do battle against, along with alternate costumes, arenas, and background music.

The fighting is a bit chaotic and can take some getting used to. Saint Seiya plays a bit like a Budokai: Tenkaichi game as it follows basic fighter mechanics, but gives you a 3D arena to fight in. Each fighter is given basic normal/strong punches, which can be strung together into basic combos, as well as ‘Burst Attacks’. By holding down L2 you can begin charging your ‘Cosmo’. If you attack while holding L2, you can unleash a variety of Burst Attacks. L2 and X, for instance, allow you to dash towards your enemy, quickly closing the distance and allowing you to begin a combo. L2 and triangle will launch your opponent into the air, and if you follow-up with L2 and X, you can dash towards them for mid-air combo attacks.

But combat isn’t just fancy punching; each character has two special moves, iconic to their characters in the anime. Over the course of the fight, players also charge their ‘Seventh Sense Meter’ which slowly fills, filling faster upon dealing and taking damage. Once this meter is full, players can unleash a ‘Seventh Sense Awakening’ which allows for infinite Cosmo attacks until the meter empties, but it also unlocks a ‘Big Bang Attack’—a special cinematic move that deals a ton of damage. These moves are all amazing and play out almost identically to the way they were performed in the anime.

Just in reading those paragraphs, I’m sure you think this sounds pretty confusing, and you’re not wrong. There are a lot of functions, and it does take a while to get used to if you’re like me and jump headlong into battle instead of checking the tutorial. Along with the L2 Cosmo Powers, L1 acts as a block, but combined with X and a direction, players can dodge. Combine L1 with triangle or square and players can perform a grab move. R1 acts as a quick-dodge combo breaker, while R2 combined with square or triangle uses special attacks. This can be a lot to manage and given the frantic nature of each fight, you’ll find yourself mashing buttons like crazy.

Another small gripe with the combat is the sporadic level of difficulty in each fight. There seems to be no rhyme or reason to each character’s difficulty and sometimes you’ll find yourself beating a seemingly high-level enemy laughably quickly, or getting pummeled into the dirt. Even when you know the combat, there’s no telling when a fight will go your way. However, this is a minor complaint in an overall enjoyable experience. Often times the build up from the story, the setting, and the music create an amazing atmosphere that is both fun and intense.

While the game includes an online multiplayer mode, at the time of writing, it’s really not worth trying out. I’ve never been a fan of playing online in fighting games and Saint Seiya only confirms that I’m on the right path. I played one online match, whereupon after waiting for 10 minutes (I’m not kidding) I engaged in a fight, where I was promptly kicked out after beginning to win the fight. I was allowed back in after five more minutes of waiting, where the same opponent wailed on me relentlessly. The incredible wait time and rage-quit nature of players, coupled with the freedom to be horribly cheap in these kinds of fighting games makes it not worth it. Just enjoy the story mode, or grab a friend to play with.

Saint Seiya is a very polished game. Character models look great, and the whole game has a nice cel-shaded style that looks amazing in 1080p. As characters fight, they often break into extended dialogue, which adds to the anime feel to it, and Big Bang Attacks apply a filmy filter to the screen which makes it look a lot like its anime counterpart. A lot of the bright, almost neon streams of light remain attached to the attacks and the whole game is just a joy for the eyes. Even something simple like dying in a fight plays out with Athena—the anime’s main goddess—beckoning your fallen character to get up and not give up on the fight, adding to the anime style.

Saint Seiya: Soldiers’ Soul is certainly a game for the fans; with a pretty quiet release and a fairly obscure license that didn’t have a lot of staying power in the West, it’s hard to argue otherwise. However, Saint Seiya is also an extremely fun fighter that mixes up the standard formula of the arcade fighter and is easy enough for anyone to get into. It’s silly, campy, over-the-top, and above all, FUN. If you’re a fan of the Budokai Tenkaichi series and are looking for a new fighter in the same cloth, a fan of anime looking for a new series to get into (it’s on Netflix), or just a fan of fighters looking for something other than Mortal Kombat to play with a friend, I’d say this one is definitely worth a look.

Saint Seiya is a very polished game. Character models look great, and the whole game has a nice cel-shaded style that looks amazing in 1080p. 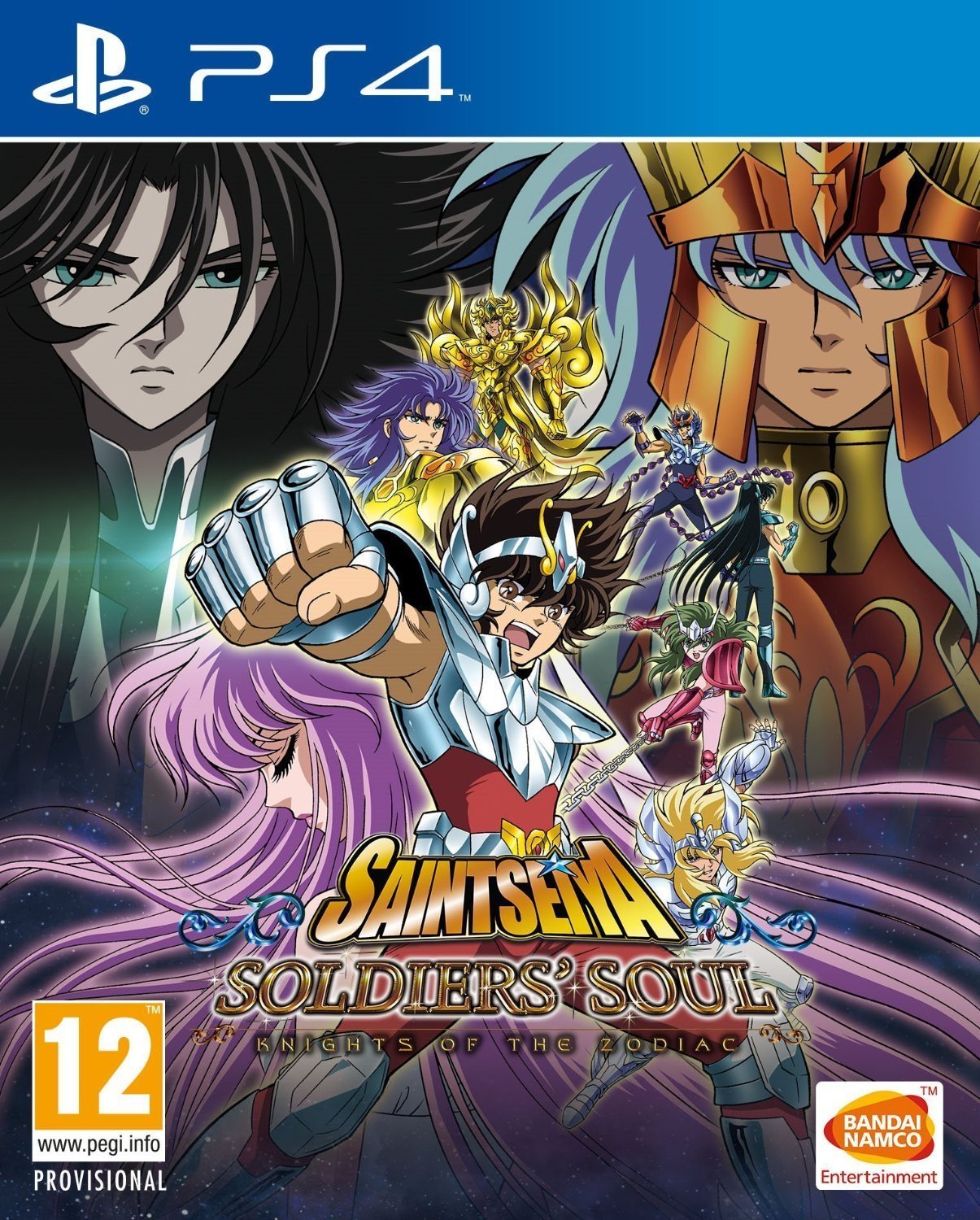