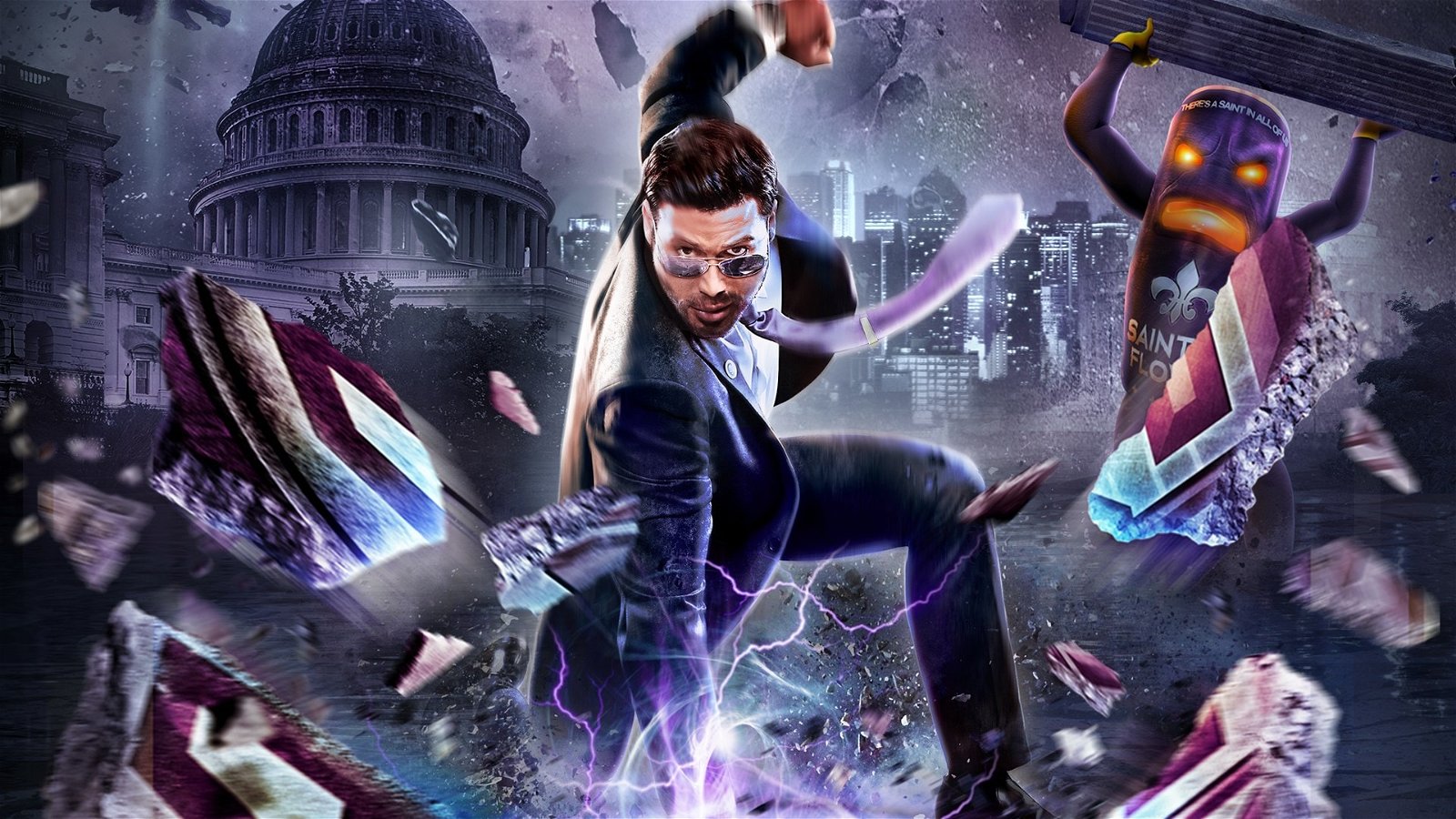 Being able to leap high into the sky, run so fast you blast cars out of your way, or telekinetically hurl people from your path gives a heady feeling of power when most of us are locked in our houses, unable to do much of anything these days. If you’re in need of a feeling of absolute power over your environment right now, Saints Row IV: Re-Elected definitely has you covered.

The head of the Third Street Saints finds themselves as the President of the United Saints (something that seems far less ridiculous since the game’s original release in 2013), but the USA has been invaded by an alien threat. These galactic conquerors stick everyone in a Matrix-like simulation to keep us all docile, but as the head of a criminal gang of lovable misfits, you are anything but calm and collected. Perhaps with a bit of destruction and chaos, you just might free yourself and the rest of humanity.

So, how do you cause all that trouble? You could always do it the old fashioned way by grabbing a firearm and taking to the streets, stealing cars and shooting up places. The game offers a similar kind of cathartic open-world criminal mayhem that games like Grand Theft Auto do, but with little interest in making it feel realistic. You steal vehicles, play with the radio, blow stuff up, and run red lights with reckless abandon (try doing that in Mafia 2 and see what happens). Rather than stop a car to get in, though, you leap through the front window and blast the other person out. You have a dubstep gun that makes people dance. It’s all meant to be delightfully stupid, which will either click with you or it won’t.

Seeing as you’re in a simulation, there’s no reason why you can’t have Matrix-like superpowers, right? Saints Row IV: Re-Elected gives you an array of powerful abilities, doing jumps that will carry you high enough to hop over the game’s skyscrapers. A run that moves faster than any car, knocking any pedestrians and vehicles out of the way. These make moving through the simulation a snap but do so to the point of trivializing the vehicles, pretty much.

Combat powers make the firearms feel a bit pointless as well. Why shoot people when you could grab them with telekinesis and throw them into a whole other neighbourhood? Still, I guess you could hit someone with a rocket and than throw them somewhere else. It’s a bit strange to see the game give you abilities that make half of the game’s mechanics feel pointless, though. It gives you many options on how you choose to play it, though, which is always welcome.

That said, you’ll need to keep your shooting and driving skills sharp in Saints Row IV: Re-Elected, as you’re not always in a simulated city. You’ll periodically have to do missions in the real world where you’re just an ordinary person, which can be quite jarring after spending so much time running up buildings and blasting through streets. In these moments, the game feels a little bit flat and dull, despite the high stakes of saving the world. Going through third-person shootouts down long hallways, even on alien starships, just aren’t that compelling. Not that the regular missions in the simulation are much better, but at least you get superpowers to finish these.

Side quests, though, are still where it’s at. Using your abilities to do absurdly-fast foot races, taking to the air with a powerful UFO bent on destroying property, or using high jumps to damage your body for insurance fraud makes for some great fun (and hilarious, memorable moments). These seem to have been better designed to make use of all your abilities and offer some of the best times I’ve had with the game, as well as the most balanced.

That balance can be easily tipped in the game, which may make for an accidental tipping point for some completionists. Doing these side missions gives you incredible rewards, offering you explosive weaponry and powerful vehicles (which you can bring to your immediate location with a phone call any time you like) for completing very early stuff. If you’re doing everything, you will very quickly overpower yourself and trivialize everything. If you just want to steamroll things and cause trouble, that may not be a bad thing for you.

What will be key to your enjoyment of Saints Row IV: Re-Elected will be what you want from it. As a playground for you to sow chaos, there’s little else like it. The game is designed to let you spread destruction however you like, and with a ton of DLC included in the game, you’ll be able to do that for a long time. As a game with an even challenge that pushes you throughout, it’s an uneven experience that you can easily unbalance for yourself. For me, I honestly just like the ability to blow stuff up and drive fast right with few repercussions right now.

Not that your path of destruction will always be smooth in this Switch port, though. When there was a whole lot going on during the UFO missions, things could start to chug to a crawl, showing the game cannot always handle the amount of stuff happening within it. These stuttering moments were infrequent, though, with the rest of the game running well in both docked and handheld mode. And that handheld mode will be nice when you can get out again.

If you want to be a troublemaking, superpowered criminal with little resistance, Saints Row IV: Re-Elected is unparalleled in what it gives you. If you’re looking for a more balanced experience, you may want to move along to other things. Still, in this time of quarantine and restraint, it’s hard to turn down the kind of limitless freedom and power this game has to offer.

If you want to be a troublemaking, superpowered criminal with little resistance, Saints Row IV: Re-Elected is unparalleled in what it gives you. 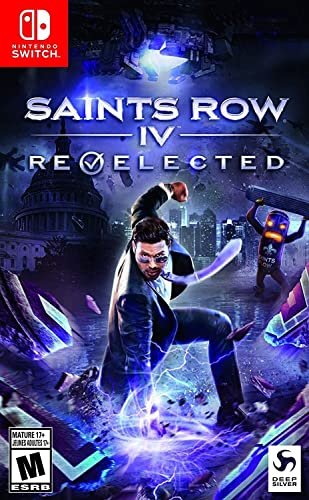