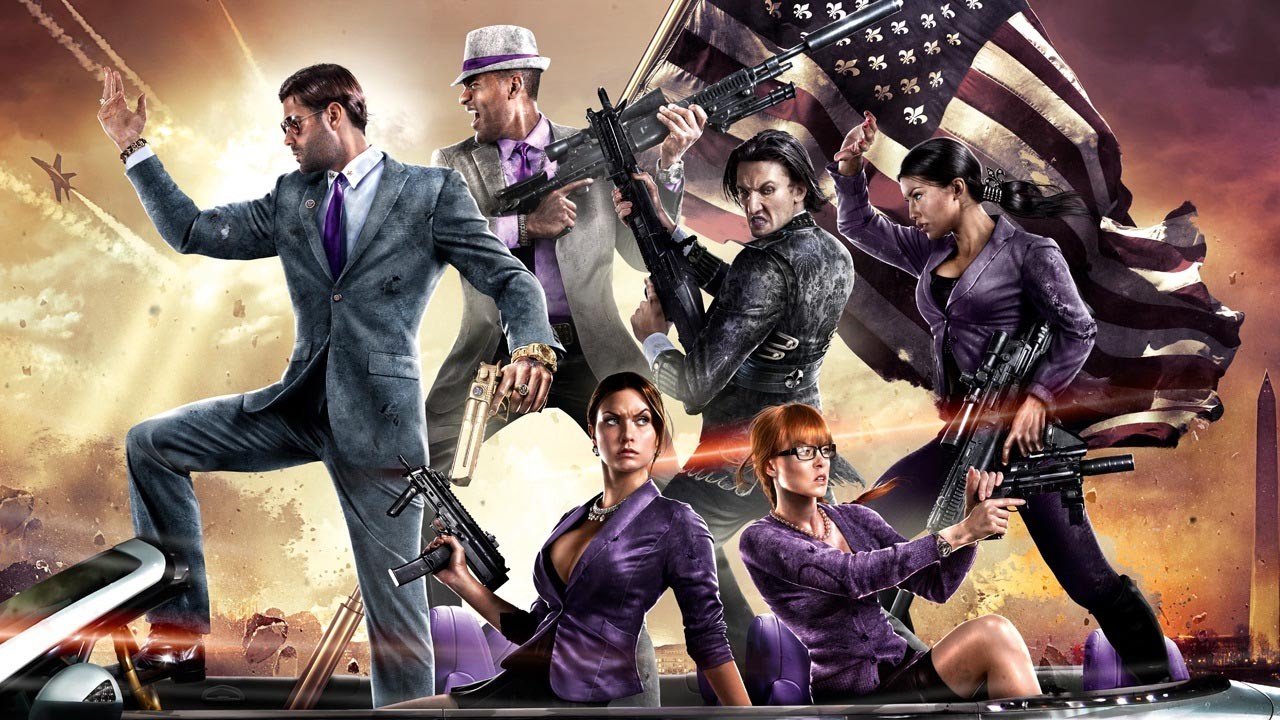 The Final Feather In The Gangster Cap

Saints Row is probably done. Or, at least, the story told in the first Saints Row that now culminates in a gang leader/President of the USA taking on aliens feels like a story that has come to a natural (kind’a, sort’a) close. There’s no doubt that the Saints Row franchise will continue after this fourth release, but if Volition and Deep Silver are smart, they will respect the arc they have created with Pierce, Shaundi, Kinzie and the player created leader of the Saints. It’s a fitting close; a funny, raunchy, juvenile, surprisingly smart open world romp that is full of fun and, unfortunately, bugs.

The player-created leader of the Saints has gone from a new recruit in a Stilwater street gang from the first game to the President of the United States in the opening minutes of the latest. It’s a ludicrous, surreal leap that gets even more ridiculous when aliens attack. That attack puts the leader of the Saints/POTUS in a virtual prison that eventually results in trying to take over the system and being granted super powers while in the simulation. Then the story is well and truly underway. This is the heart of the game’s story; exploring a raunchy, sophomoric, random and violent tale that is one part the stupidity of movies like Porky’s and the other part some skit from Monty Python. It’s also very self-aware, with meta-commentary on everything from the nature of Saints Row games themselves to scathing satire of other franchises like Mass Effect and Metal Gear Solid. Basically, the plot is like the old Zucker-Abrams-Zucker parody films of the 80s like Airplane!, Top Secret and The Naked Gun, where part of the film is references to pop culture and the other is Non sequiturs that get laughs through sheer surprise. The comedy is a mix of lowbrow and vulgar, character comedy (which is a surprise when you realize over the course of four games, the cast actually has developed some character) and some merciless satire of big franchises in the industry. Like the recent Borderlands 2 DLC, Tiny Tina’s Assault on Dragon Keep, this game isn’t afraid to show its gamer roots and assume the players have knowledge of the medium.

Graphically, the game is still using the same engine—and even assets—from Saints Row III. This isn’t much of a surprise when you consider that SR4 was originally slated to be DLC named “Enter the Dominatrix,” that was a parody of The Matrix series. Players will find themselves in Steelport—again—with a few cosmetic changes made to reflect the fact that this a VR simulation controlled by aliens. There are intentional visual glitches, film grain, an ever-present Matrix-y green/blue sheen to things, but aside from that, the same random crowd NPCs, buildings and even store locations are all pretty much where Saints Row III players will remember. The game also chugs a bit now; with the super-powered enhancements to the main character, the game frequently goes into some impressive fireworks that consistently drop the frame rate below 30 fps, though it never dips into the single digits. This game would benefit from a next-gen boost as seen in the smoother performance and sharper textures of the PC version.

When it comes to audio, Saints Row IV still delivers in its spirited, but budget-constrained way. The voice acting from the main cast is still the same group from the past game, keeping the performances consistent, with a few cameos from stars like Neil Patrick Harris, Keith David, and, hilariously, Nolan North as a selectable voice for the protagonist, who is aware that he IS Nolan North. The music is also in keeping with the past efforts, and that, unfortunately, is also true of the radio stations. Again, it’s understood that it’s a budgetary consideration, but compared to the massive radio library of the GTA series, Saints Row has always felt a little Spartan. The licensed music is not as comprehensive and a couple of hours of play while listening to the radio will bring on the sense of repetition in the playlist very quickly. On the other hand, the use of licensed music—particularly cheesy 90s hits—is inspired, with hilarious uses of songs like Aerosmith’s “I Don’t Want to Miss a Thing,” and Haddaway’s “What is Love” that are laugh out loud moments. The audio effects are, for the most part, using the same library as Saints Row III, except, of course, for the super powers.

Saints Row IV is essentially Saints Row III with super-powers and an expanded, even more ludicrous scope. You can still jack cars, you can still shoot people with guns, and you can still engage in numerous side-quests that involve familiar things like killing everything in sight, and silly things like throwing yourself into traffic. The big question is, “Why bother with the basic stuff, the roots of the game, when there are super powers?”

In many ways, the Matrix conceit of a virtual simulation that endows the protagonist with super powers makes the old gameplay feel redundant. Very early on in the proceedings, a basic arsenal of super powers is unlocked that includes a Flash-like ability to run at super speed, a leaping ability to go over buildings in a single bound, and an elemental ability to freeze things in ice. The ability to run at super speed and arc over buildings quickly renders the ability to hijack a car useless. You could still summon one up from your collection or grab the nearest one, but it’s painfully slow and nowhere near as agile as simply running and jumping across the city at super speeds and heights. For combat, all the old stand-bys like shotguns, SMGs and pistols are there—including alien variants—but freezing an entire crowd into ice to shatter them or diving from above to cause a massive shockwave—has far more appeal than just riddling an enemy with bullets.

It’s an interesting, almost split personality that Saints Row IV presents to players, giving them the same old game they’ve been playing, and then within minutes, offering an entirely new, more appealing way to play that asks them to ignore all the old mechanics. It’s here that the DLC roots of Saints Row IV are most evident, as this would make perfect sense in the context of a “fully powered up” character that is at the end game anyway, rather than giving a player at the start the option to ignore all those old, established systems right away in favour of new mechanics.

Those systems should be ignored though because for a game that originally started as a humble take on gang wars and territories, the implementation of super powers ranks right up there with infamous and its less successful competitor, Prototype. The arsenal of powers available to the protagonist is diverse and rewarding. They are easy to execute, and do a fantastic job of making the player truly feel like a super hero, or in the context of a simulation a demi-god, much like Neo in the Matrix. Traveling at super speeds is easy and controls surprisingly well, while the various super attacks like elemental projections or ground stomps cover everything from feeling like an X-Man to the Hulk.

That’s not to say that players can safely ignore the traditional shooting/carjacking aspects of the game, or the RPG-lite system of XP, leveling up and choosing skills/perks that come with them. Because of the simulation aspect of the game, there moments both in the main story and in side-quests that de-power the protagonist and force the player to rely on old fashioned vehicular mayhem or shooting. This provides a necessary change of pace from the super-powered antics, keeping them from feeling stale.

Probably the most bizarre compliment that can be paid to the game however is that it should be played for the story and atmosphere. Despite the patently ridiculous tone of an enraged gangster/president fighting aliens in a simulation, somehow the story engages. That’s because Volition has gleefully embraced the silliness of their concept and has thrown in enough humor to keep players laughing at pop or game culture references, even making fun of Saints Rows own roots. Over the course of gameplay, players will interact with jokes that poke fun at the Splinter Cell series and Mass Effect`s mechanics get raked across the coals on more than one occasion. In a sense, Saints Row IV is a more successful attempt at making gameplay a joke than Far Cry 3: Blood Dragon.

Unfortunately, the game is also prone to bugs. Nothing as game breaking as Bethesda’s Skyrim or other titles, but it’s obvious that the game is in dire need of a day one patch. Quest rewards don’t always unlock, audio bugs crop up on occasion, and the game had a tendency to freeze the console on a regular basis, requiring a reset. There’s nothing here that makes it unplayable, but enough goes on to make it obvious that Volitions QA let a LOT of bugs get through.

In the end, fans of Saints Row II who didn’t like the direction taken with Saints Row III should probably stay far away from this latest game. Saints Row IV continues its trajectory unbelievable silliness, now combined with some satire of gaming and excessive use of super powers. People looking for a quick, silly diversion before Grand Theft Auto V will probably enjoy this, but people aching for a return to the simpler, gangster politics of SR2 should stay away. There’s a fun game here, but it’s not for people looking for a more a grounded experience. 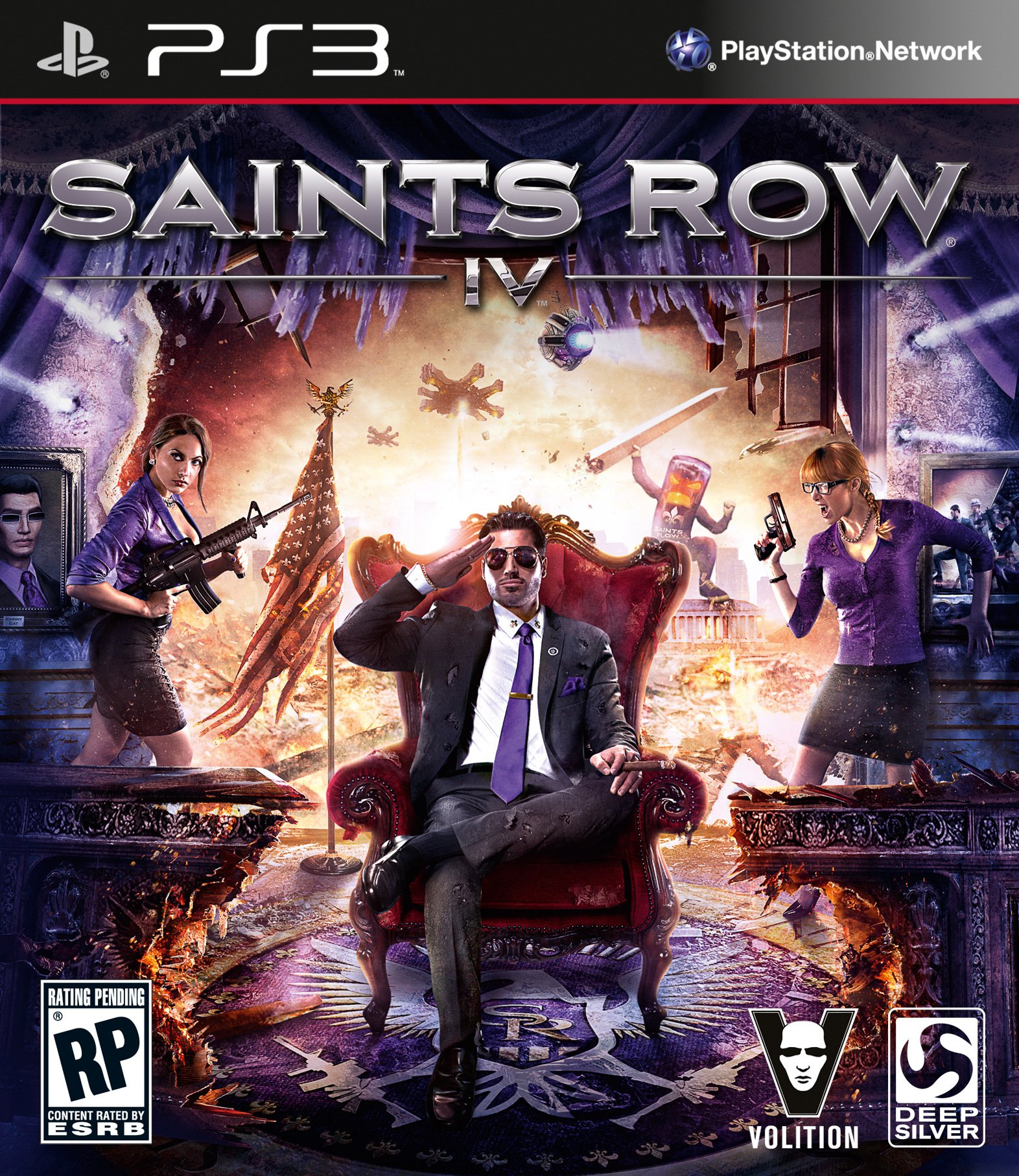