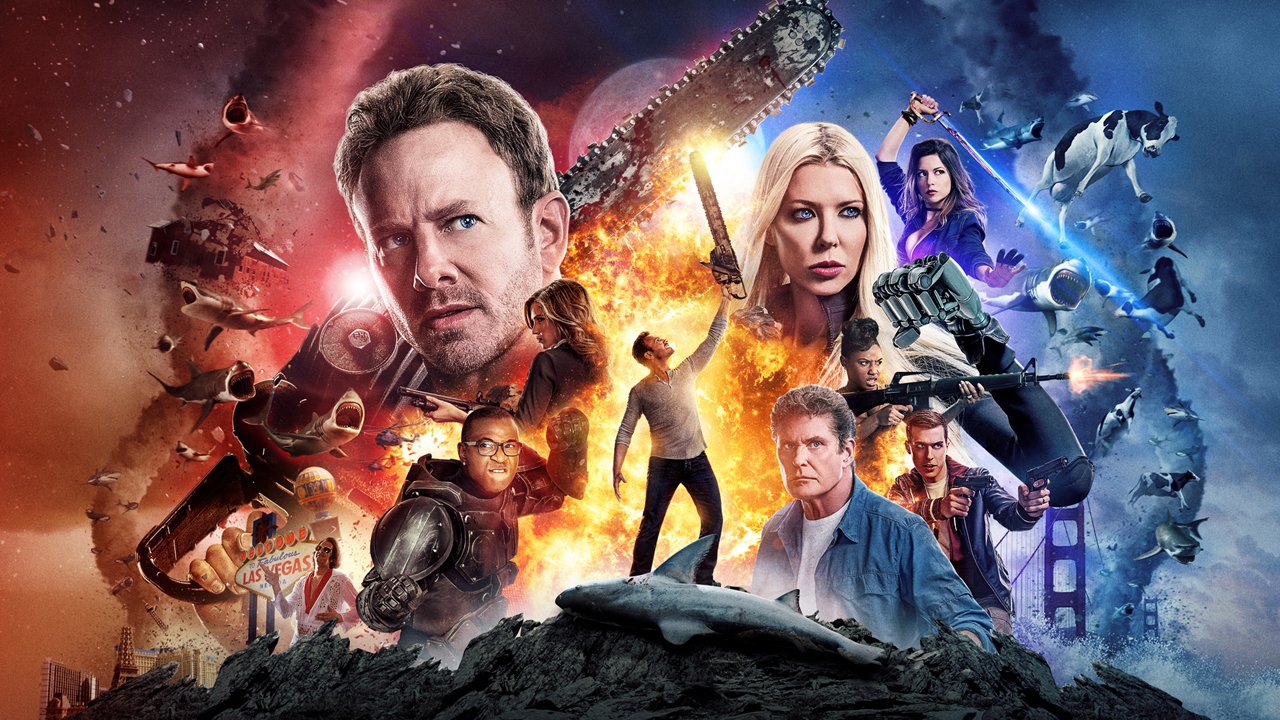 Back in 2013, the good n’ sleazy folks at the Syfy Channel decided to make a movie called Sharknado. It was one of those instantly iconic titles like Snakes On A Plane that was so damn ridiculous the Internet went crazy and the made for TV movie broke ratings records for the tightly budgeted cable network. There was a certain charm to it too; an old-fashioned exploitation movie vibe of heedlessly seeking publicity based on a ludicrous concept and then worrying about whatever the hell the actual movie would be later. The flick itself was fun enough. A completely stupid exercise in lowest common denominator entertainment with just the slightest air of irony so that the sad folks involved didn’t feel too bad about where their careers had taken them. Unfortunately, it was so successful that everyone involved seemed convinced that they had deliberately made a comedy and a sequel was on the way…then another and now another. It needs to stop.

The problem with Sharknado 4: The Fourth Awakens (yep, real title) is that like the sequels that preceded it, everyone involved wants to be in on the joke. Sharknado springs from a type of B-movie that reaches cult status because they have that magical quality of being so bad that they become good and to do properly requires a certain earnestness. Ed Wood didn’t know he was making a slab of B-movie trash in Plan 9 From Outer Space that people would quote from memory decades later. He thought he was making something good and things went horribly, magically wrong. At this point in the Sharknado franchise (good lord is that a depressing combination of words), the folks in charge have convinced themselves they are comedic geniuses rather than schlock merchants. They’re now attempting to craft these movies as comedies and as a result, they just aren’t as funny.

The fourth chapter of this tedious franchise is essentially just an excuse for gratuitous cameos and awkward product placement. There’s a plot, I guess, if another series of Sharknados appearing with only Ian Ziering and his extended family to stop them counts as a plot. It starts out in Vegas—mostly because that means there will be neon lights as a backdrop to the crap CGI and strip regulars like Carrot Top and Wayne Newton get to make cameos. I suppose it could be possible to suggest that the filmmakers are drawing comparisons between their own work and the greed n’ sleaze nature of Vegas, but that would be giving them too much credit. After all, this is a movie that gives Tara Reid a lightsaber arm. Normally, it would be enough of a cinematic disaster to merely cast Tara Reid in a movie, but they do the lightsaber thing too because a Star Wars movie came out last year, so I guess it’s hip or something.

Desperate for some way to make tornados filled with sharks seem exciting again, series director Anthony C. Ferrante throws every conceivable form of shark storm at the screen. There are lightning sharks, lava sharks, flaming oilnados filled with sharks, and other crap too stupid to repeat. The parade of super-powered Sharknados is as stupid as intended, but plays as more desperate than fun. The same can be said for the parade of D-listers who pop up to be eaten. Al Roker is back again because he didn’t have much else to do. Dog The Bounty Hunter pops up to remind us all of his existence. So does Gilbert Gottfried (actually a high point). Even Gary Busey brings his chompers to the party.

Everyone is winking too hard and trying too little. It’s not fun to see the familiar faces, more sad. It’s a sign that these folks are desperate enough for work that Sharknado 4 is a viable option and you can watch them all die a little bit on the inside one-by-one. That’s certainly true of the main cast as well, with Ian Ziering visibly exhausted by the whole thing and Tara Reid still working hard like she’s going to get a career comeback of sorts. I wish someone could give her a hug and let her know that these movies aren’t as beloved as she seems to think they are.

By the time Sharknado 4 hit the hour mark, I was so tired of this stupid little joke that I couldn’t even feign ironic interest anymore. I mean, how many times can you really watch a hero from one of these movies chainsawed out of a shark belly and still find it mildly amusing? Even using electrified baby sharks as defibrillators didn’t help. The joke is old and stale. It’s like listening to a grandparent tell you a joke that made you laugh at your fifth birthday party again as an adult. They are smiling and hoping for the same response and while you might laugh a little out of politeness for the effort, the truth is that you’re dying inside. Please let these movies end. The Sharknado thing is long since over and no one involved should be encouraged into thinking that they can keep doing this and calling it entertainment. You made us laugh once, we giggled slightly a second time, and now we’ve tolerated two more needless rehashes. Either come up with some other absurd B-movie trash concept or try to make a good movie. No one is benefiting from this franchise anymore. Surely by now even David Hasselhoff can’t enjoy being there.

Look, it was funny at first…but this Sharknado thing needs to stop. 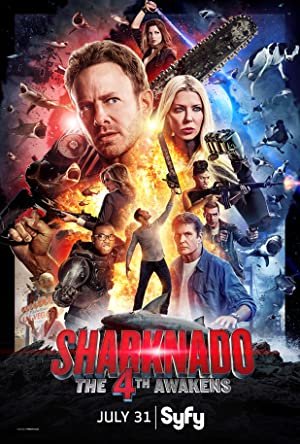