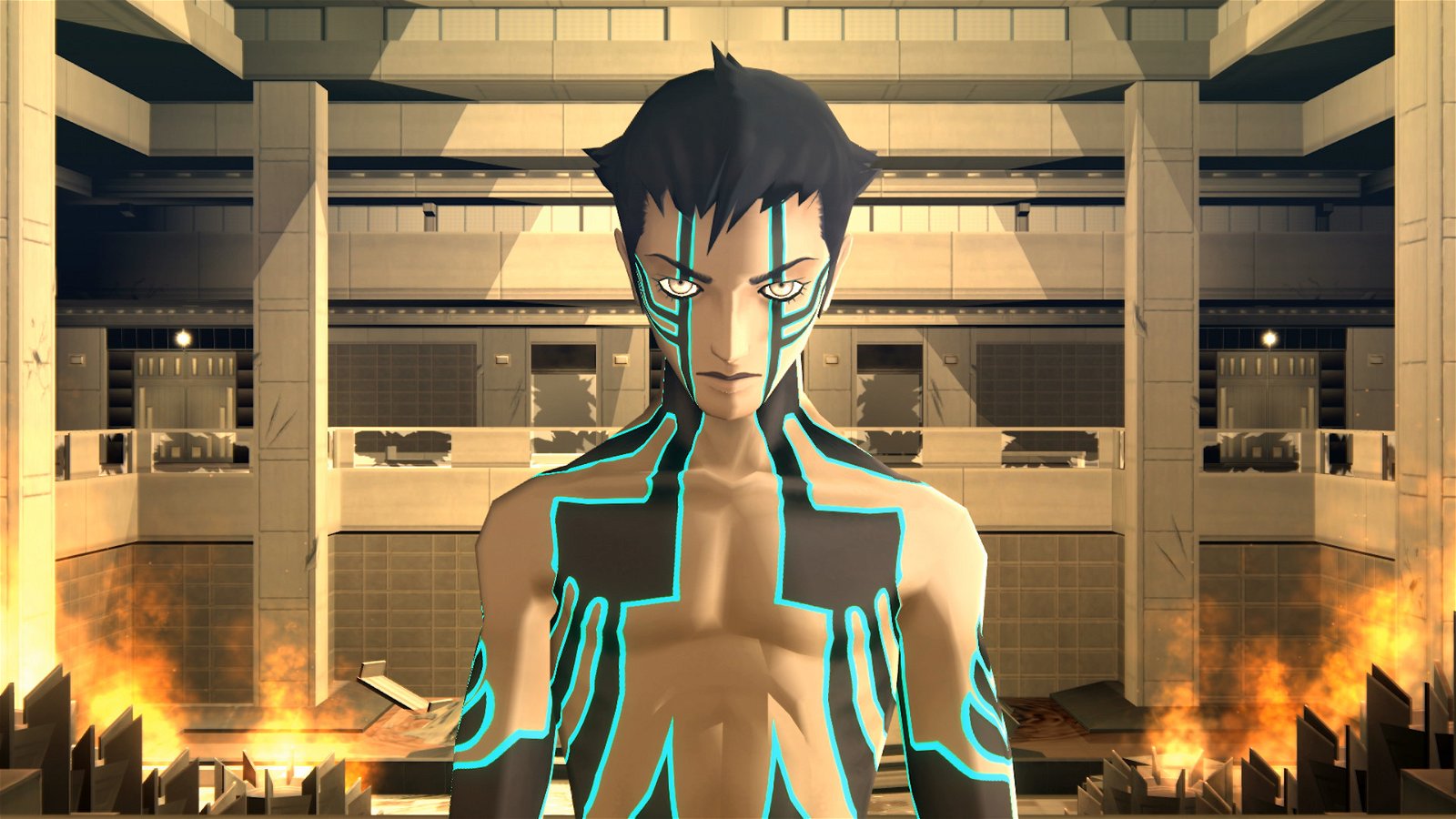 As much as I adore Persona 4 Golden, I hadn’t dipped my toes into the larger pool of the Shin Megami Tensei series before now—so I came to Shin Megami Tensei III HD Remaster with fresh eyes. All I knew was its reputation as a gruelling experience.

To an extent, it has earned this notoriety. Nocturne is not as straightforward as other JRPGs in several ways, and therein lies its difficulty. It will not hold your hand, even to walk you through its basic gameplay concepts. If you’re the kind of person who barrels through Pokémon games without using any kind of stat-altering moves, you’ll need to adjust your playstyle to get through Nocturne, as boss battles can hinge upon buffs and debuffs. A single defence boost, for example, can make the difference between success and defeat.

The concept of Shin Megami Tensei III Nocturne is a bleak one. You play a high school student who finds himself at the center of an apocalyptic event known as the Conception, where the entirety of humanity, save a handful, is killed instantly. Tokyo becomes an isolated, spherical world of its own. The protagonist becomes the Demi-fiend, a human/demon hybrid, and it falls to him to decide what form the world will take from here.

You must navigate the warped new world, now inhabited by demons, and interact with various factions vying for control. To do so, you’ll utilize a party of fellow demons—recruiting, fusing, and evolving them—while also gaining strength from various demonic essences called Magatama. Each Magatama and demon has their own elemental affinities, though these aren’t entirely cut-and-dry; one spirit may use ice and be weak to fire, for instance, but not all ice creatures will follow the same trend.

"...you can get through most encounters by trial-and-error, at least."

Developing an array of different monsters and Magatama is the key to success, but this is where the difficulty truly rears its head. The game’s currency, Macca, is scarce. You will need it to use healing stations, buy curative items and some Magatama, and bribe demons to join your team. Navigating this nearly artificial difficulty is perhaps the real challenge—if you can cultivate a spread of elements, you can get through most encounters by trial-and-error, at least. Just be mindful that it’s game over if the Demi-fiend is knocked out, no matter how many demons you have left.

All of this is mitigated in the new difficulty mode, Merciful, which is available as free DLC. This halves the damage enemies deal while doubling the Demi-fiend’s damage, triples EXP gained, and quadruples Macca from battle. It is almost too merciful. Conversely, Hard mode doubles the damage you take, triples store prices, and cranks up the difficulty in other areas as well. Thankfully, difficulty can be changed from the in-game options menu, so if you find yourself struggling, you can at least dip down for a bit to toughen up or refill your coffers.

The foundation is solid, though Nocturne’s age shows. In a lot of ways, exploring the world felt like classic Resident Evil or other turn-of-the-century survival horror games, between the way the Demi-fiend controls, bleak environments, and text descriptions when you interact with elements. This is a neat stylistic choice for the most part but can grow taxing if you get stuck in a long, labyrinthine dungeon.

"The game's PS2 foundation is still visible throughout."

The graphics look great, though the environments are still a little bland and flat by their design. One sewer environment early on is made harder to navigate by its unremarkable aesthetic and confined corners. Other environments are more dynamic, but the game's PS2 foundation is still visible throughout. A simple cursor still indicates your presence in overworld segments as well, instead of a proper character model.

However, the sound presentation is lacking. Atlus compressed the music files to fit on the original PS2 disc, but for some reason this was not rectified for the remaster. This means music which sounded bad in 2004 now sounds even worse. It is jarring in fights, as common battle themes are particularly afflicted. Better quality versions do exist, so it is baffling that this quirk was preserved.

"...the battle themes are invigorating"

It’s a real shame too, as there are some great tracks hidden behind murky output. A lot of the game’s soundscape is bleak atmosphere, but the battle themes are invigorating. It is not the bright funky score of Persona 5, but it suits the dark Vortex World well. Hopefully, a patch can address this down the line.

There are many ways to attempt remastering older games, and in this case, Atlus opted to fix a couple rotten joists and paint the house's exterior, while covering over some rotten boards and hoping players wouldn’t care. The house is still structurally sound and worth visiting, but more could have been done to restore it.

Luckily, Shin Megami Tensei III Nocturne HD Remaster has the improvements from the PS2 version’s various incarnations, like the “true demon” ending, the Labyrinth of Amala dungeon, and Raidou Kuzunoha as a boss and recruitable ally. Those who are already familiar with the game may be expecting Dante from Devil May Cry instead; those who purchase the Maniax Pack DLC, included in the Digital Deluxe Edition, can opt to have him instead. Raidou and Dante have unique scenes, but largely serve the same purpose. A game suspension option has also been added to allow for quick saves, which is another mercy, and great voice acting rounds out the package.

All in all, Shin Megami Tensei III Nocturne HD Remaster is an update to a solid retro game and a worthy experience, but some opportunities were missed to truly bring it to today's standards. Big Persona 5 fans may want to check it out to see the origins of certain conventions but shouldn't expect the same sort of experience. 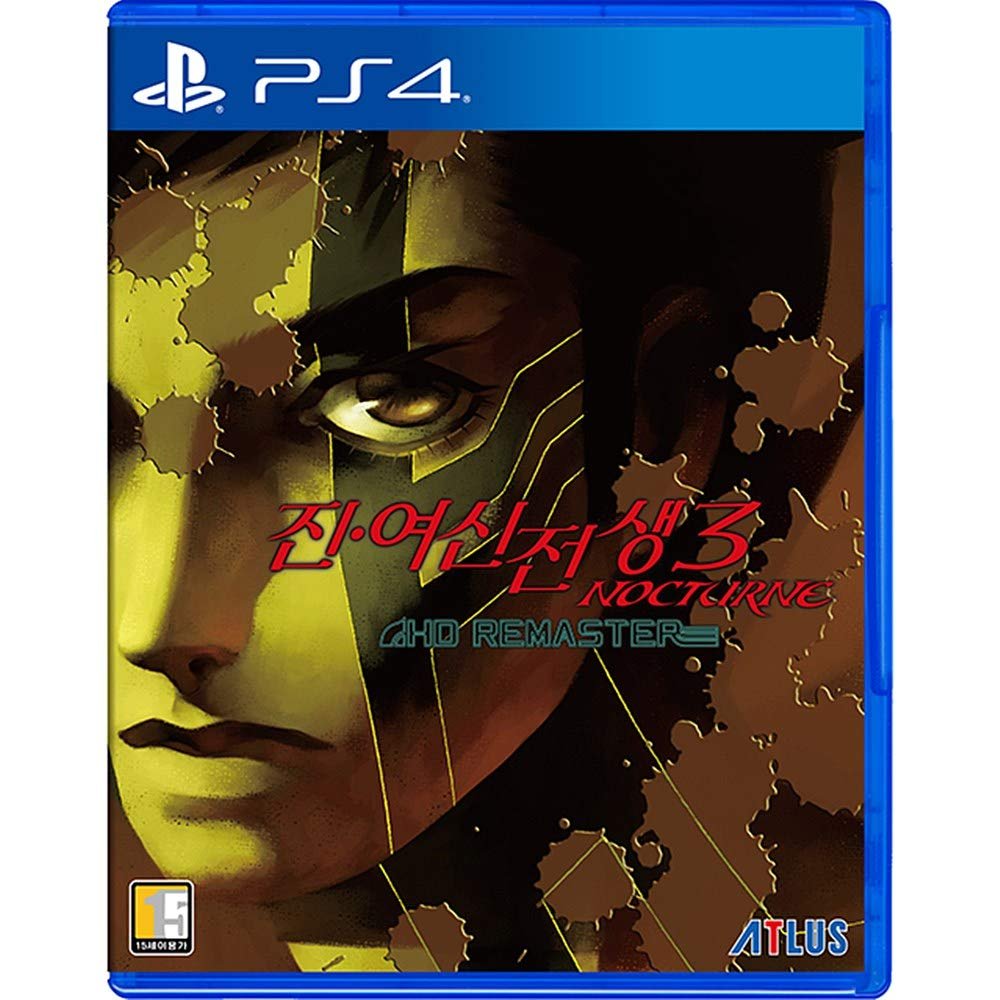