Internet based horror with a lip gloss veneer
SCORE: 6/10 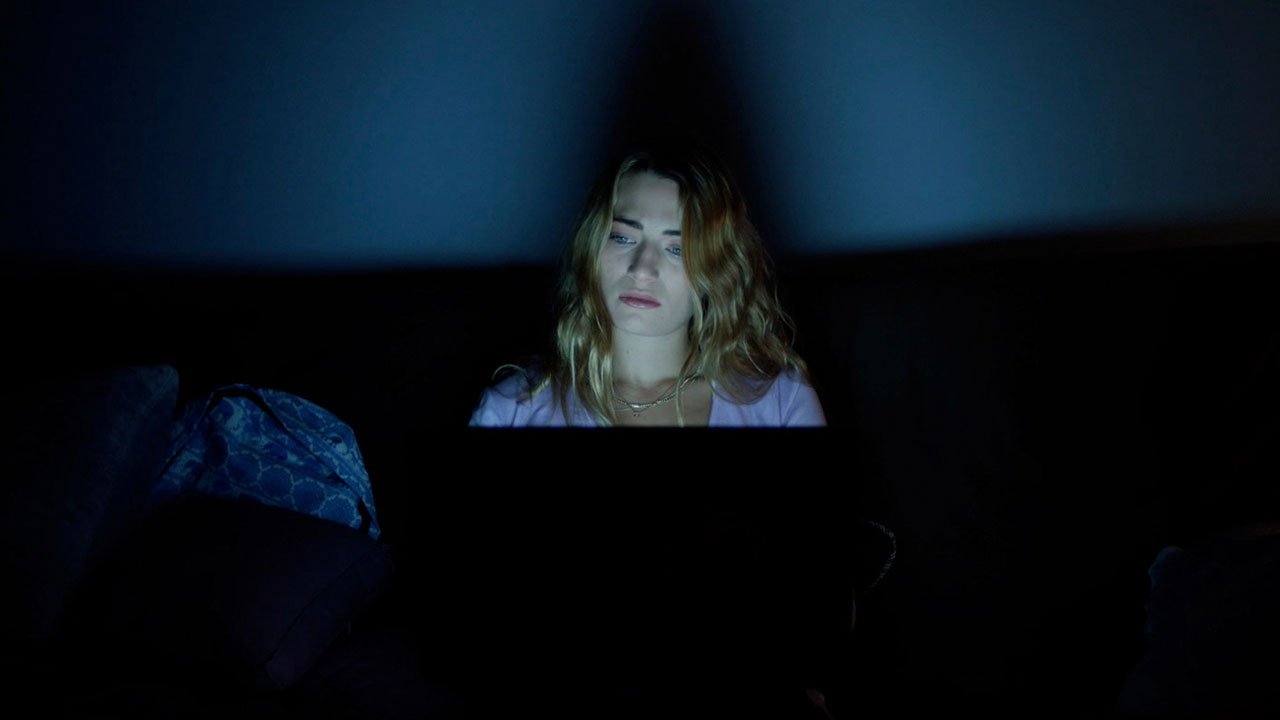 As we all inch deeper into living our lives online, it’s only natural that horror stories follow suit. Often holding a grey tinted mirror up to us, horror tends to reflect the tiny passing fears that sweep our minds as we carry on in our every day lives. Shook, an internet driven feature from Jennifer Harrington (who co-wrote with Alesia Glidewell), takes on technology driven anxieties and puts them on a screen.

Mia (Daisye Tutor) is a social media influencer. Living the vapid life of a beauty guru who trades in likes and followers doesn’t give her much time or energy for her family. Her family consists of her sister, Nicole (Emily Goss), and her mother who recently passed after a long battle with Livingston’s Disease (a fictional illness that exists in the film). With Nicole needing to travel, Mia offers to miss an important live stream to take care of Nicole’s dog, Chico. This is an especially imperative duty since a killer has been snatching and murdering dogs, as well as one of Mia’s fellow influencers. Navigating her way through her family home, Mia voice commands lights, waves to her sister’s webcams, and uses the smart system to lock and unlock the doors. After losing track of Chico, she gets a mysterious call form a neighbour, Kellan (Grant Rosenmeyer), who slowly starts to spook her with strange information about her mother and her sister. Before long, Mia is trapped in a treacherous game of life and death that forces her to face her past decisions and make new mortal ones. As the voice on the phone continues to control her with the surrounding tech, Mia must try to fight back and succeed in the murderous challenges.

Mia is launched into a ruthless game that tests her in varying ways that all tie back to the care she didn’t give to her mother. As the game plays out, the game master’s motivations become a little clearer and a little more linked to rage directed at Mia’s vapid and self-centered lifestyle. That’s all that’s really given to the indictment of internet vapidity. The themes get really jumbled in a mess of motivations implied to have come from a mentally ill killer. There’s a specific turn in the movie that would have served as a satisfying twist, but it barely makes it past the first act. Instead, the story takes a few more turns into an extended climax that feels like a chore. It’s unfortunate, because it blows through a lot of great movie before it gets there.

The great movie is the delicious mashup of films like Saw and Funny Games that are reminiscent of newer horror like Cam and Unfriended. Much of what happens takes place on a screen, but it doesn’t live there the way its cohorts do. Mia interacts with the entire house and the film exploits its architecture, but most of the story is told by her phone and laptop screens. In an interesting way, the screens are often projected around Mia, and text is said aloud by phantom characters which is a spooky surreal element that portrays how things aren’t any less real just because they’re online. The statements about technology and the fears associated with it, such as unfettered access given to strangers on social media and of penetrable web-based security systems, are what Shook is the most successful at tapping into. Viewers watching from home will be prompted to glance at their own locks, their own cameras, and reconsider how much personal information they’ve included in their last Instagram post.

Unfortunately, those themes are abandoned later for a story about a woman scorned and losing herself to illness. For fear of spoiling any twists, suffice it to say it’s not an unproblematic portrayal of disability and mental illness and none of this is saved by its use of pretend disease that renders symptom creation carte blanche.

Most of the acting heavy lifting is done by Tutor since the film takes place in her face. Her reactions via closeups of her eyes and lips to the short web videos and voices are where the fear lives. Her subtle emotions and physicality create the sense of urgency and tension as the rest of the movie happens around her.

Those who’ve enjoyed the long-standing trend of throwback electronic horror scores will enjoy the soundtrack which comes from ‘Italians Do It Better’ label owner Johnny Jewel and includes tracks from his cult hit bands Chromatics, Symmetry, and Glass Candy.

Shook really slays when it lets it be about Mia, a woman on the internet, having that same internet weaponized against her, while also using it to fight back. But when the wires get crossed, it ends up a messy story with too many threads about dog killers, envy, spite, and vapidity that don’t come together well enough to keep it interesting its entire runtime. Fans of the new wave of horror that got us to films like Host will enjoy this next edition of internet based scares, but Shook might flame out before it gets through the finale.

It’s a white-knuckle blast when Mia is rushing through a house to protect herself from the vast internet for most of this web-based horror movie. It loses some steam when it veers into an indictment of internet vapidity and explorations of madness as it ironically turns vapid itself by failing to engage in its own themes. It’s a welcome newcomer to the age of online-Zoomer horror that “slaps” when it stays in that lane. 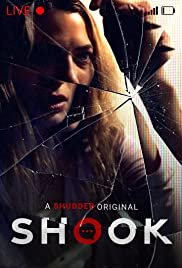