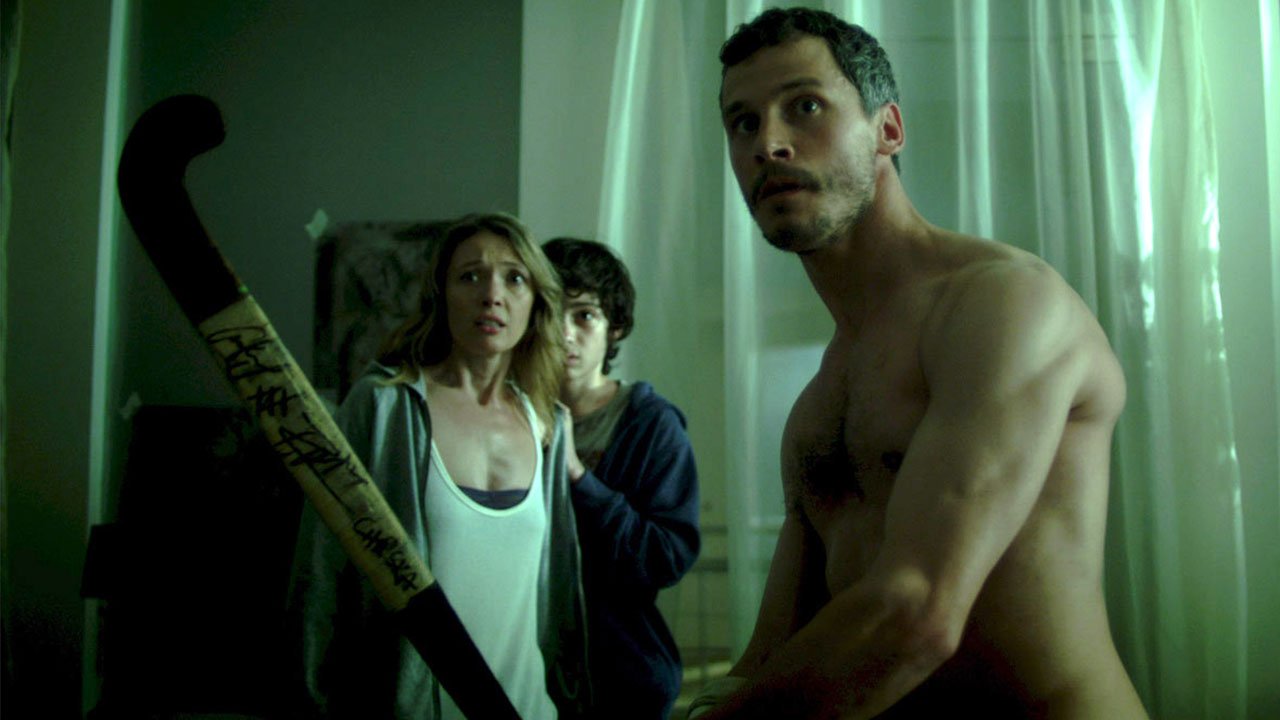 As you all know by now, we here at CGM love our horror movies. So it goes without saying that we love the “all horror all the time” streaming service Shudder as well. When the service picks up exclusive horror releases, we like to let all you fine folks know about it. This week, they got a good one. Back in 2007, the French filmmaking duo Alexandre Bustillo and Julien Maury delivered a classic work of gore horror in Inside, a pregnancy horror flick difficult to forget for anyone who has seen it. After that international success the duo seemed perpetually on the verge of getting an American horror flick financed and while they toiled for years on a new Hellraiser, nothing ever came of it (although they did finally make a Leatherface movie due out this October, so be sure to clean your puke buckets in time). They did make a couple of French horror nightmares in the interim though, they just never made it to North America. Thankfully, that’s finally changed now that Shudder is delivering their long-delayed slasher movie Among The Living.

The film starts with a prologue that’s almost a short unto itself with Inside’s gap tooth murderer Beatrice Dalle returning in a self-referential role as a pregnant mother-to-be who does some murdering on Halloween. After that we’re introduced to our protagonists, three preteen boys played by Theo Fernandez, Zacharie Chasseriaud, Damien Ferdel. In an extended sequence quite reminiscent of early Stephen King, the three kids get up to no good reading horror comics in class and other such troubled kid stuff like light arson (you know, for kids!). After fleeing a barn that they almost set ablaze, the boys see a car being towed by a mysterious truck. They follow it into an abandoned movie set and discover a woman tied up in the car’s trunk. Soon find themselves being chased by a vagrant father and his deformed son, the latter of whom follows them home to kick off a home invasion climax.

So, as you may have gathered Among The Living doesn’t exactly have the most focused script in the world. Co-writers/directors Alexandre Bustillo and Julien Maury almost seem to be cramming three horror movies into one and often they feel completely disconnected from each other despite the connecting characters. That’s the downside of the episodic screenplay. The upside is that it’s fairly unpredictable as far as slasher movies go. Just as the creepy abandoned film lot setting is established, it’s abandoned for home invasion horror in a manner both confusing and also flies out of left field to keep you off balance. It’s kind of like watching the best scenes from a slasher movie and it’s sequel condensed down to a tight n’ bloody 88 minutes.

The performances from the three young boys are all impressively naturalistic with their early establishing scenes, delivering some of the pained nostalgia and gentle observations that the obvious influence Stephen King does at his best. Once Butillo and Maury give that character-driven tale up for a stream of gore attacks, the film certainly loses some humanity. There’s an attempt to draw parallels between the broken families of the heroes and the killers, but it never quite comes together in the manner of the familial horror of their superior debut Inside. One gets a sense that the filmmakers might be openly trying to repeat themselves to repeat success in a way that can be frustrating. But thankfully, any narrative inconsistencies or irritants are more than made up for in atmosphere and scares.

If Among The Living proves nothing else, it’s that Bustillo and Maury are masters of their genre on a technical level. The film is beautifully shot and constructed. All of it adds to the horror. Even the quiet moments are filled with some sense creeping of dread. When the set pieces arrive, they are vicious and visceral. There are some extraordinary gross-out gags (including one face slice for the ages), some nail-biting suspense sequences, and scares that will cause nauseous glee. The duo are clearly students of the genre and now exactly how to execute all of the great horror movie tricks with their own personal style and flare. If their screenwriting often leaves a little to be desired in terms of motivation and resolution, at least that’s all in the name of simplifying for maximum genre impact. Among The Living is a gorgeously constructed and nasty funhouse horror ride for those who enjoy such things. Fans of Inside should at least get off of the gore and jumps, even if they’ll miss the tight scripting that also made that debut so effective. These guys are clearly talented horror directors. It’s a shame they don’t work more, especially on projects that they don’t write themselves. Perhaps there’s hope for this upcoming Leatherface project after all (fingers crossed).

Shudder brings the long unreleased French horror flick Among The Living to North America and gore-hounds should appreciate this bloody little funhouse ride. 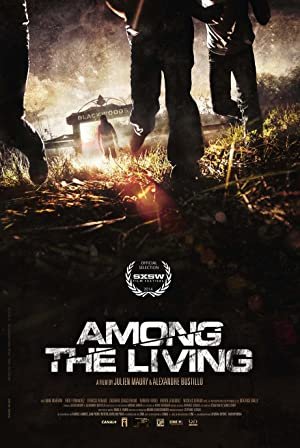