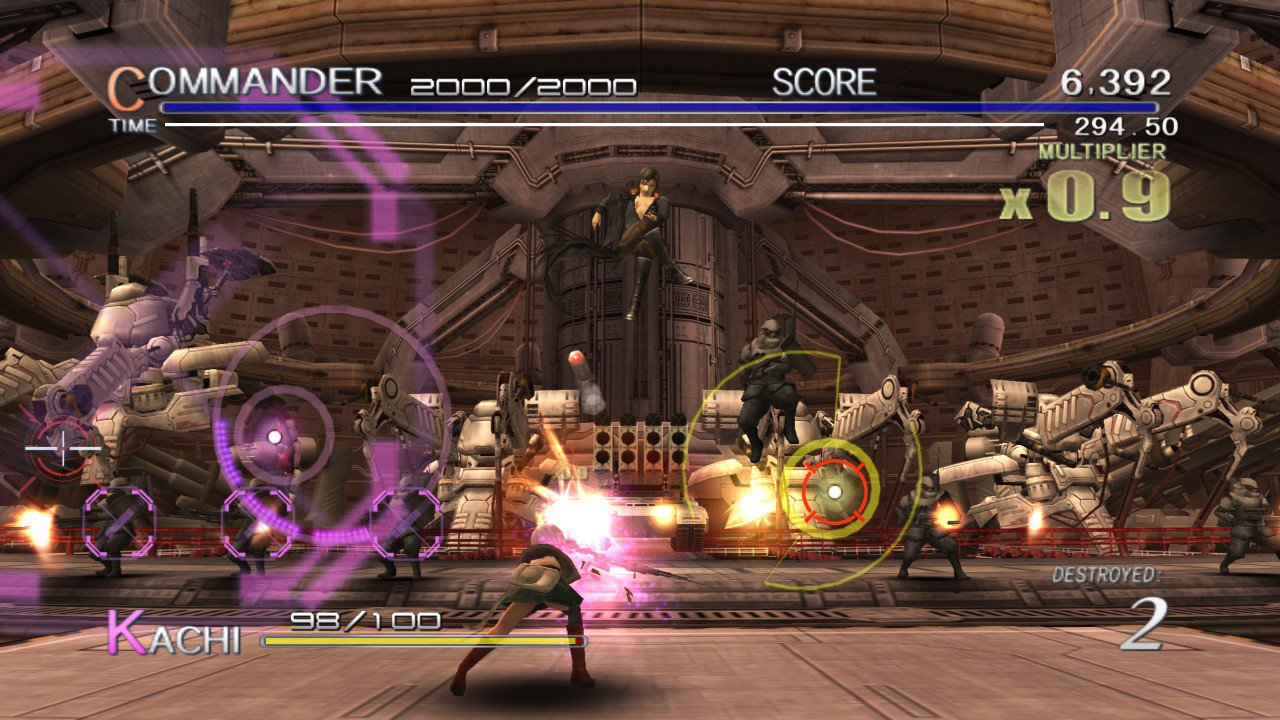 Nearly 10 years ago, Japanese video game developer Treasure released Sin & Punishment: Successor of the Earth, a rail shooter that would eventually gain cult status worldwide despite never being released in North America.  The Nintendo 64 title’s post-apocalyptic premise paired with Treasure’s past notoriety with games like Gunstar Heroes, Alien Soldier, Guardian Heroes and Radiant Silvergun eventually paved the way for a release on the Nintendo Wii’s Virtual Console back in 2007.  Since then, Treasure announced a sequel to be released on the Nintendo Wii worldwide despite questionable success.   By all rights, Sin & Punishment: Star Successor shouldn’t exist, but boy are we lucky it does.

With combat in mind, it’s important to remember that with a game as bullet-heavy as Star Successor, evading attacks is a necessity.  While, at times, that feat might seem near to impossible there are a few ways to do this, with both characters, Kachi and Isa, having similar abilities.  One is by using the dodge button in which your character swiftly evades attacks in a given area.  The other is using melee attacks, which you can use to destroy enemies and enemy attacks.  Both are helpful but, not surprisingly, they also have their drawbacks.  Upon dodging, the character is completely defenseless in combat so if the player makes one careless move it could be game over.  Melee attacks, on the other hand, are weak, rapid-fire moves that are better suited to deflective capabilities than actually attacking with. It may take some practice, but these moves are pivotal to success.

Many of Treasure’s games are notable for their complex, multi-tiered boss battles, with many games designed specifically for this, such as Gunstar Heroes. Star Successor offers just that, but still provides lengthy, fleshed-out pre-boss combat.  Sweeping aerial vistas flooded with projectiles and turrets scatter across tattered, washed-out wastelands; tunnel-surfing enemy combatants and a reptilian, leviathan-like, sea monster engulf high-speed underwater channels; Gradius-esque side-scrolling shooter segments litter the screen with bullets and debris – it’s clear that Treasure had a particular theme in mind when developing Star Successor as each stage offers similar “bullet hell” gameplay, but with varied environmental skins.

Now, imagine a game that provides these lengthy pre-boss warm-up sessions, while regularly eliciting what can only be described as “boss fatigue” and you’ve got yourself Star Successor.  Boss battles are, to say the least, explosive, three hundred-sixty degree reflex trials spanning time and space.  While taxing, these battles offer some of the most rewarding and entertaining moments in the game.

Thankfully, Star Successor offers both a forgiving and supportive auto-save system, which seems to work its magic with impeccable timing. Even after a Game Over screen, players will hardly ever need to replay a stage from the beginning thanks to the multiple checkpoints scattered through the stage.  This helpful addition makes the game far more accessible without having the experience dumbed down in the least.

Of course Star Successor can’t go on without a few nitpicks. Despite the presence of two characters, the co-op mode isn’t as exhaustive as you might expect.  The second player is limited to controlling a disembodied reticle, which can’t lock on to enemies or inflict charge attacks.  It’s a minor disappointment when you consider how great the single-player campaign is, but one that could have made for some chaotically entertaining gameplay.

Treasure provided the N64 with one of the most significant titles when it released the original Sin & Punishment 10 years ago.   Although the wait was long Star Successor has managed to surpass its predecessor by fusing old-school shooting with modern, intuitive controls while maintaining the overall look and feel.  Now let’s hope this title finds the audience it so clearly deserves.

Treasure provided the N64 with one of the most significant titles when it released the original Sin & Punishment 10 years ago. 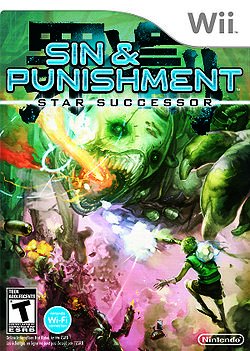