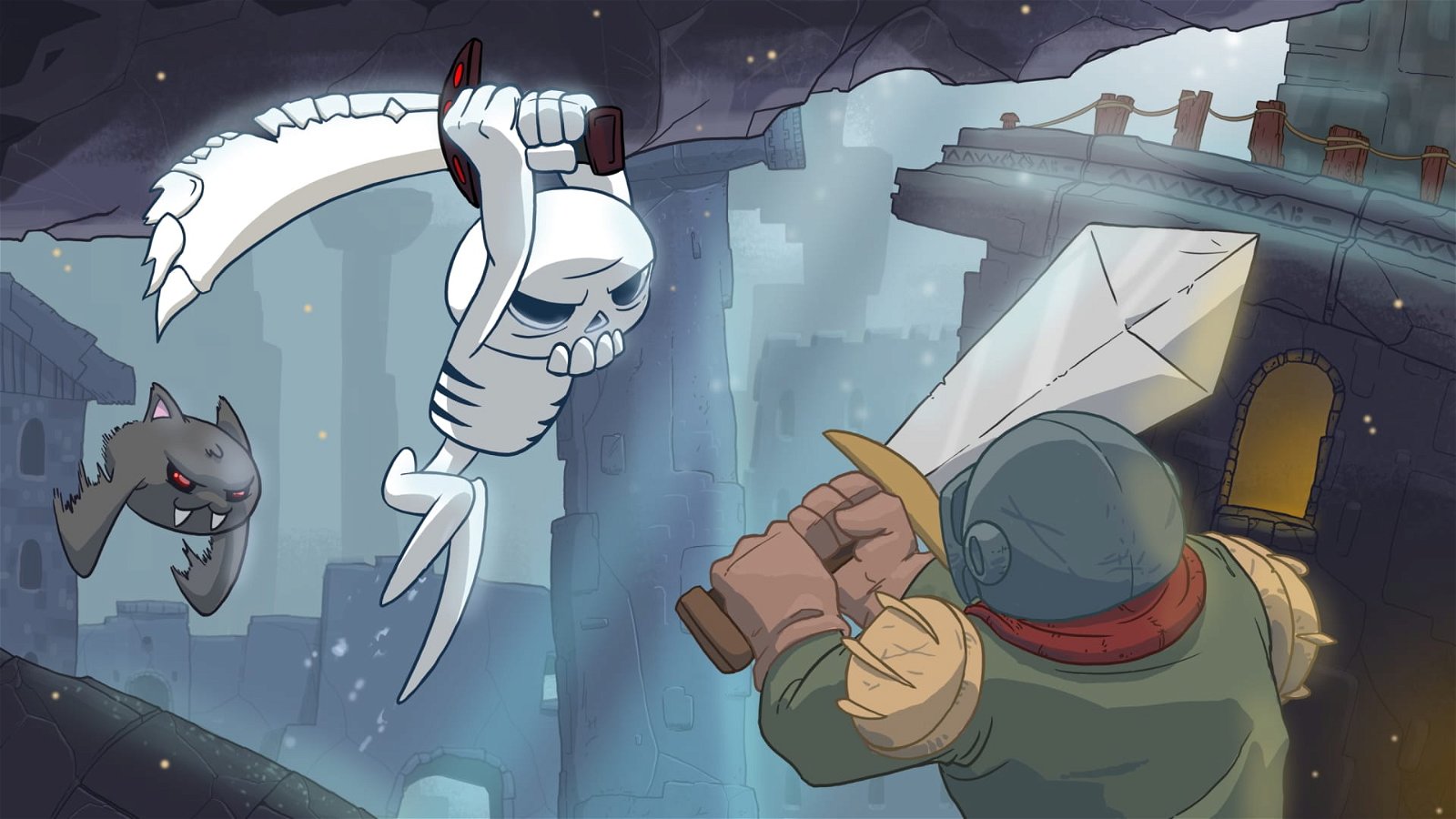 The Metroidvania sub-genre of videogames are some of my favourites, particularly when talking about smaller, bite-sized releases. Skelattack, developed by Ukuza, an indie development house and published by none other than Konami, the studio once responsible for the Castlevania series. The game follows the exploits of Skully and his faithful companion, Imber, a witty and opinionated bat.

Skelattack takes place in the underworld and tasks the player in controlling both Skelly and Imber as they fight the invading humans who have made their way to their world, in order to steal the underworld’s most sacred treasure. Gameplay consists primarily of players controlling Skelly through various zones, ranging from sewers to a hellish forge, and even a human-controlled fortress prison. Certain areas of the game require the player to swap to Imber who can either carry Skelly or enter areas in which Skelly can’t, to find key items or some other means to make progress.

Skelattack’s main focus is its platforming, which at times, unfortunately, feels uneven in its difficulty but thankfully never to the point where the game feels frustrating, due to the use of liberal checkpoints. Death does not, however, come without a cost, as dying results in Skully or Imber losing their collected gems which are used to power up and unlock boons such as additional health. Think Dark Souls meets Super Meat Boy but slightly more forgiving.

Powerups in the world of Skelattack include a triple-jump, charge sweep, a ranged attack and a few other passive skills that bulk out Skelly’s boney-body. Skelattack isn’t a very long game, clocking in around 4-6 hours, which makes the somewhat limited moveset more understandable.

Aesthetically, Skelattack is mostly charming, with its undead underworld denizens brought to life with a cartoony coat of paint, similar to classics such as Alien Hominid or the aforementioned Super Meat Boy. Human characters, on the other hand, for me, felt not as well refined, often looking more like clipart assets that didn’t quite blend in with the rest of the game world. In motion, the game is smooth, however, some of the animations, particularly when jumping, can sometimes feel a little stiff (even for a skeleton) yet, not in a way that negatively impacts gameplay. Overall, Skelattack is a good looking game and does a fine job creating its own identity in a sea of similarly themed games.

My favourite aspect of Skelattack is its writing, something that typically I don’t pay much heed to in other titles within the same genre. Skelattack’s writing feels similar to that of the Paper Mario series; genuinely funny with well-realized personalities, especially the banter between Skully and Imber and some select NPCs.

Skelattack won’t blow anyone away nor will it warrant much reason for a replay, sans for those who are platforming perfectionists and want to clear the game with the least amount of deaths as possible. Ultimately, Skelattack is a fun and challenging platformer that can be finished within a few sittings, without overstaying its welcome, while managing to feel original and engaging.

Skelattack is a challenging and sprawling platformer set in the underworld that aims to please both fans of adventure games and platformers. 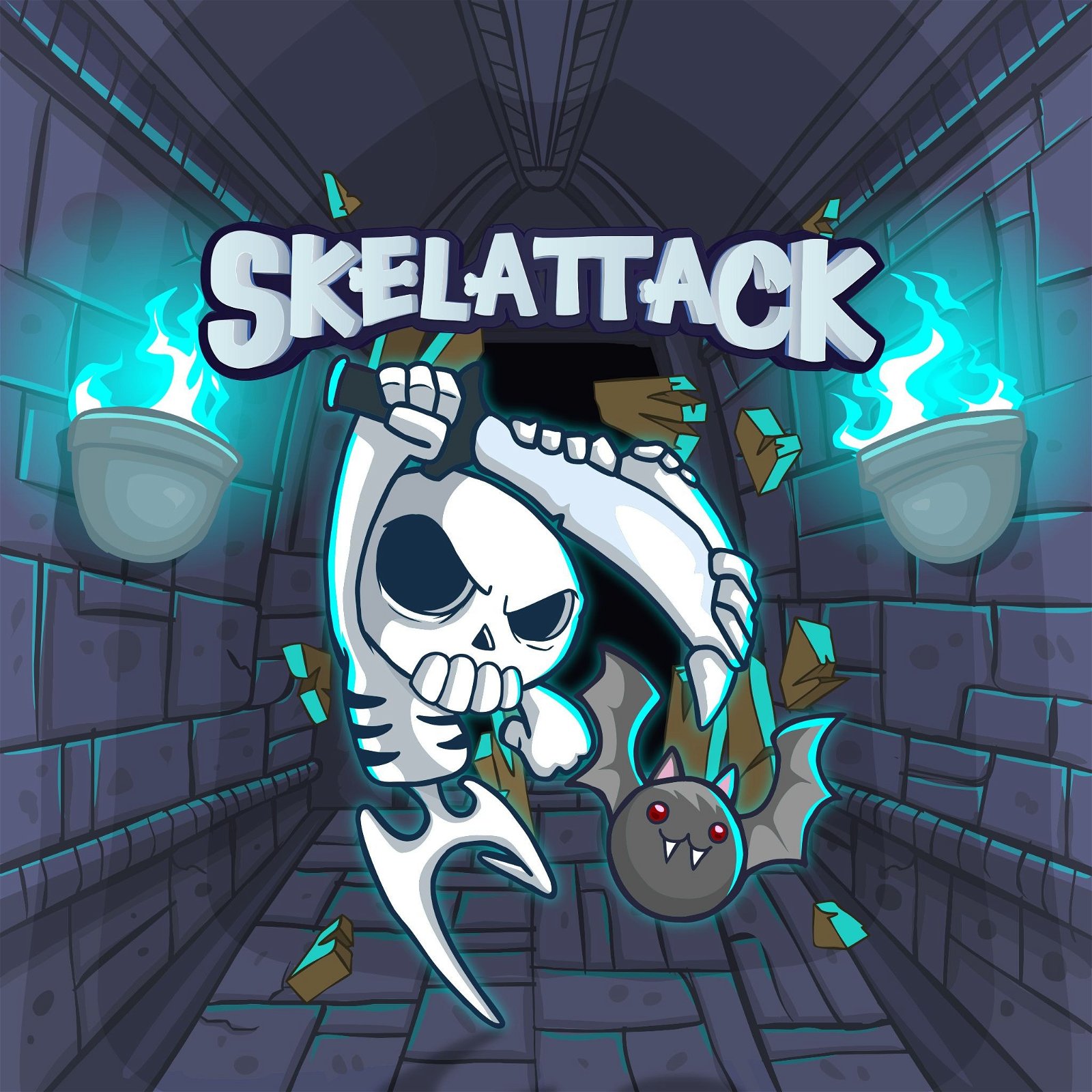