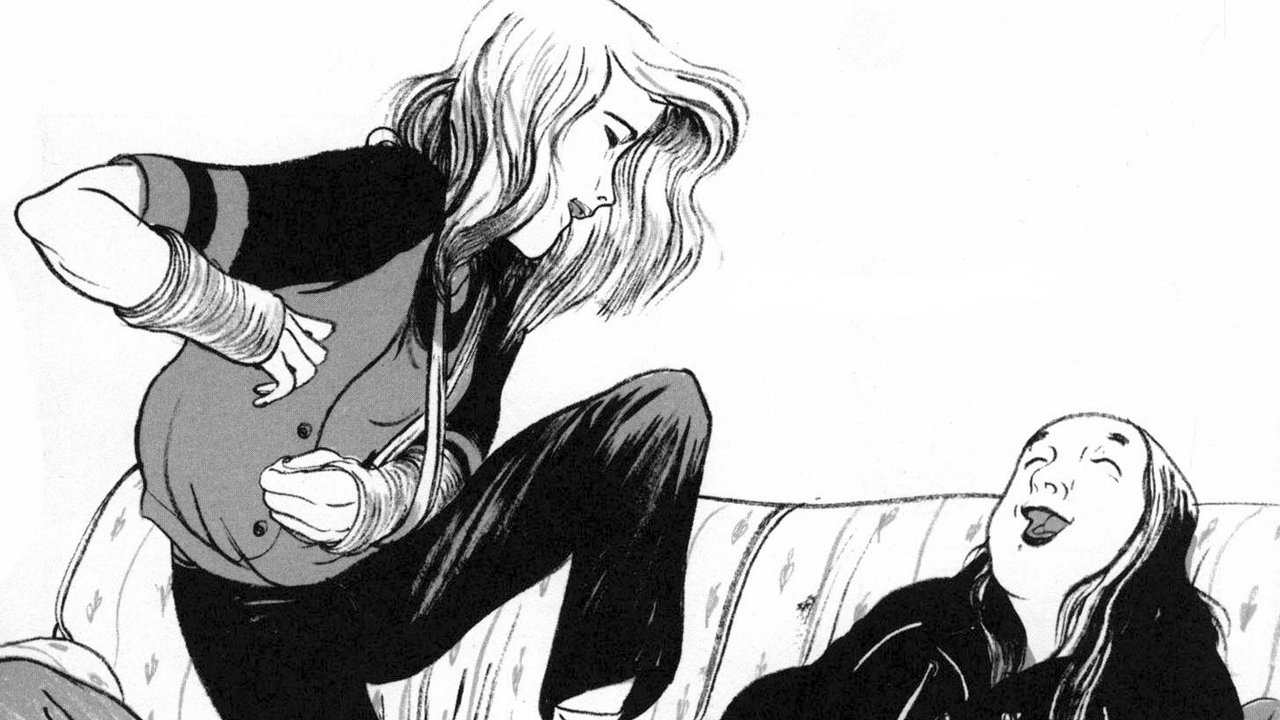 Markio and Jillian Tamaki’s graphic novel, Skim, is an award winning production. In the past two years, since its mid-2008 publication, it has received the New York Times Book Review Best Illustrated Children’s Book award, the Ignatz Award for Outstanding Graphic Novel, the Doug Wright Award for Best Book, and the Joe Shuster Award for Writer. It has also been included in the ALA Notables top ten lists of Best Books for Young Adults and Great Graphic Novels for Teens, and the Publishers Weekly list of Best Books of the Year.

Skim’s success is not without good reason. Presented as though it is the diary of Kimberly Keiko Cameron in her freshman year of high school, Skim traverses the well-known subject of growing up.

Skim doesn’t shy away from the hard topics. Kim, who was ironically nicknamed “Skim” by her peers, is a chubby, standalone teenager. Involved in a love-hate relationship with her best friend, Lisa, and outcast from the rest of her schoolmates, Kim is as confused and lonely as any teen can be. Her diary relates her everyday observations, conveying her struggle with fact and fiction, individuality and group conscience, and life and death—hard questions that one must come to terms with in the rocky age between childhood and adulthood.

The story is depicted in black and white with gentle lines and artful contrast. The resultant production, combining plot and image, is a graphic novel that is surprisingly serious, straightforward, and yet poignantly touching all at once. There are many moments one can have when reading Skim in which the sentiment of the book—in one line or one picture—can take your breath away.

Skim, while being set in the stereotypically turbulent halls of a high school, dealing with the typical teenage issues of loss, love and popularity, still manages to cast this time period in a new light. Skim is an extremely relevant and uplifting read. While dragging its protagonist through hormonal depths of despair, it raises her up beyond setting and age and sets her forward as an example of the beautiful individuality of each person.

Presented as though it is the diary of Kimberly Keiko Cameron in her freshman year of high school, Skim traverses the well-known subject of growing up. 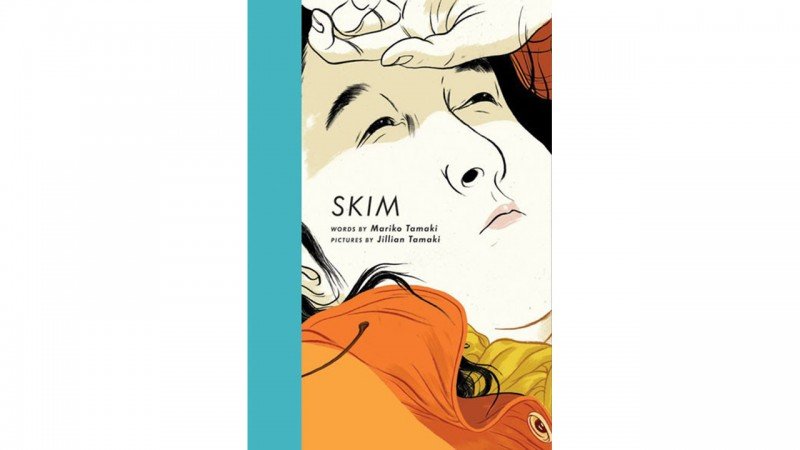