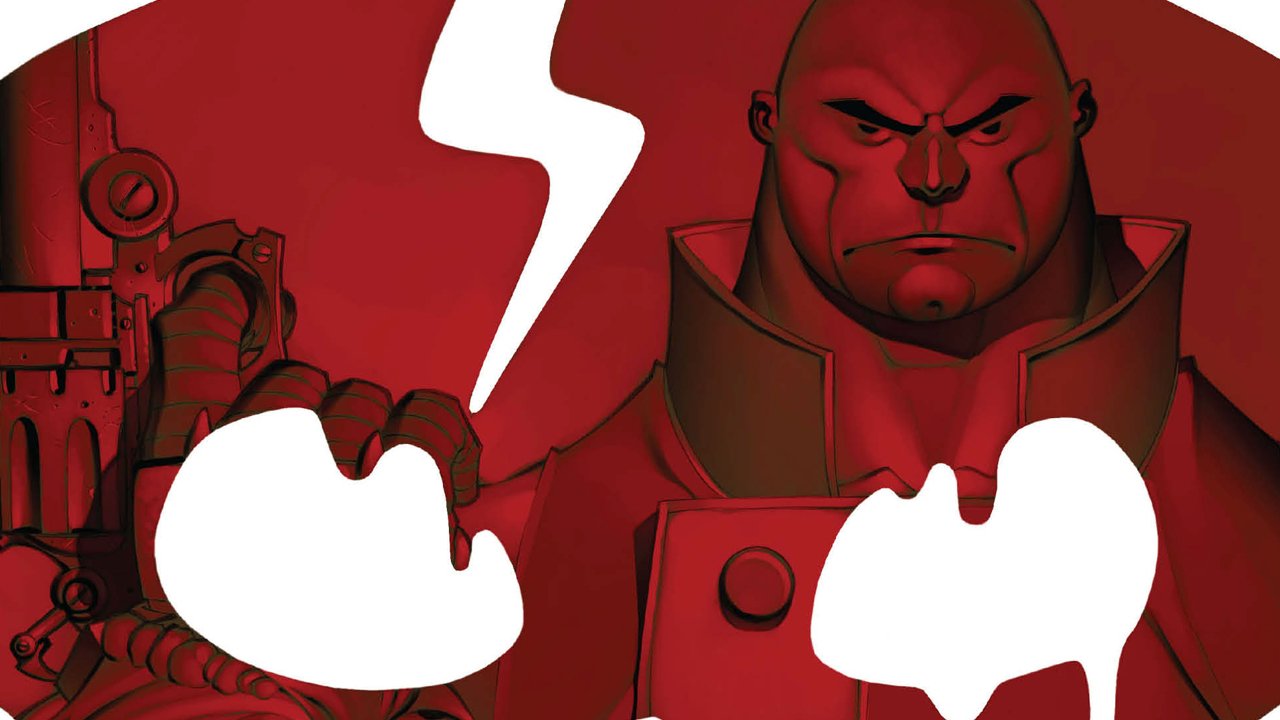 The end of September saw the launch of a new comic series. Skullkickers, written by Jim Zubkavich, combines a mix of fantasy, action-comedy, and badass violence in a tale of two mercenaries entangled in a high-class assassination plot. Skullkickers, with art by Chris Stevens, Edwin Huang, and Misty Coats, boasts amazing detail, strong colour, and just enough cartoony curves to stay true to the comic’s fantastical feel.

There’s something gripping about a comic that doesn’t shy away from the gruesome. If there’s something readers should know about Skullkickers, it’s the fact that it is very, very gruesome. Within the first issue alone, Skullkickers’ heroes brutally kills a werewolf, witnesses a court official receive an arrow into the eye (yes, folks, the EYE), and walks into a pit of bleeding, decomposing bodies. If Skullkickers has anything, it has balls. The men are hard, the deaths are bloody, and words and art are unflinching in its representation of the ugly and awful.

With that being said, Skullkickers is even more unique in presenting two, thus far nameless brutes at the comic’s centre. The two men are funny and ironic. Both are brutal and brutally mercenary, but that’s where the similarities end. One is a large, hulking man and the other is a small, emotionally unstable dwarf.
The two men go against comic stereotypes. Though comic protagonists are generally misunderstood yet heroic, allowing readers to sympathize and relate, these men often ignore morality in favour of disgusting crimes and a couple of coins. They also shatter stereotypes. The larger man looks to be a bald-headed, dull-witted killer and ends up being the more rational of the two. The dwarf, usually portrayed in fantasies as one of a hard-working, toiling, and generally benign race, is temperamental, irrational, and bloodthirsty.

In the first issue, both men remain nameless. Zubkavich explains this namelessness as an attempt to create a fantasy equivalent of the “Man With No Name”. The question remains, however, if these nameless brutes are at all relatable to an audience. As the first issue in the series, Issue 1 can hold readers’ interest by token of novelty alone. As for the goons: Are they humorous? Yes. Can readers relate to them? Possibly not. Does this matter? Surprisingly, Zubkavich shows that it may not matter at all. With that being said, Skullkickers offers captivating art and a unique plot line – two things that should already encourage readers to keep an eye out for the series. The first issue is good, and the next issues promise only to get better. 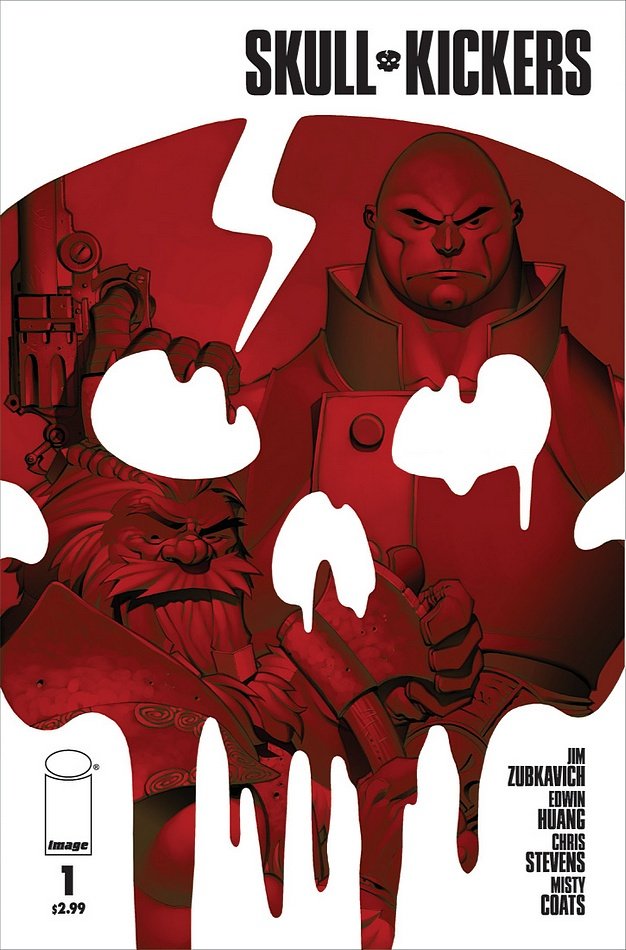