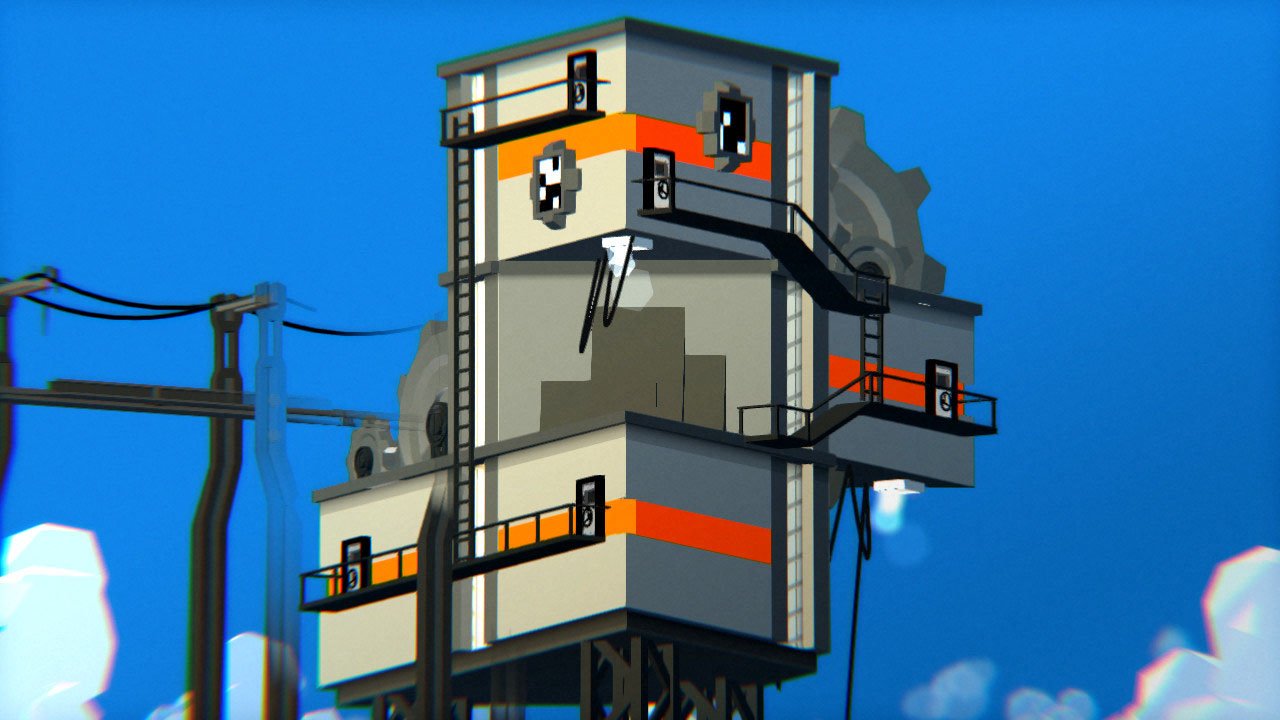 Can a game be recommended on the merits of aesthetics alone? If Small Radios Big Televisions is anything to go by, the answer to this question is a resounding “yes.” The latest title from Adult Swim Games boasts a colourful but minimalistic art style, coupled with a hypnotic synth-led soundtrack. Both manage to impress as players explore the five abandoned factories that make up the game’s two to three hour campaign.

Though players can only interact with the world using a cursor to move through doors, solve minor puzzles, retrieve items to progress, and play various video tapes, Small Radios Big Televisions engages as an exercise in therapeutic immersion. As a puzzle game, the team at Fire Face Corporation are more interested in testing people’s memory than their problem-solving skills, as the labyrinthian structure of each factory makes it easy to get lost within their many rooms and hallways, while the poorly designed in-game map doesn’t exactly do anybody any favours for navigation. Though hints and tips are creatively provided through colour cues and other visual aids, effective communication is sometimes lacking for a few of the more complex puzzles.

The real highlight of Small Radios Big Televisions, however, comes in the form of the collectible tapes. Using the “TD-525” player, which is essentially what a virtual reality headset might look like if it was invented in the 80s, these video tapes can be played to transport you to other worlds entirely. Though the main purpose of these small but atmospherically rich environments is to find and collect keys to unlock doorways, the enchanting ambience of each represents a real treat for the senses. The excitement of discovering where the next video might take me was what kept me enthralled throughout my time with Small Radios Big Televisions.

There is, in fact, a story to the game as well, which managed to initially capture my interest, even if it ultimately failed to capitalize on that investment by the end. Though there are a select number of cutscenes that play out after the completion of each stage, the story is told more creatively and effectively through the environment. Each factory provides new questions and answers about the world and your purpose in it, and putting together the narrative pieces that were teasingly drip-fed throughout the environments felt like a puzzle in itself. That said, the self-indulgent climax, trippy as it is, ultimately doesn’t make good on all of the build-up that had led to that point.

Small Radios Big Televisions is a short but stimulating trip into a world of multiple realities.