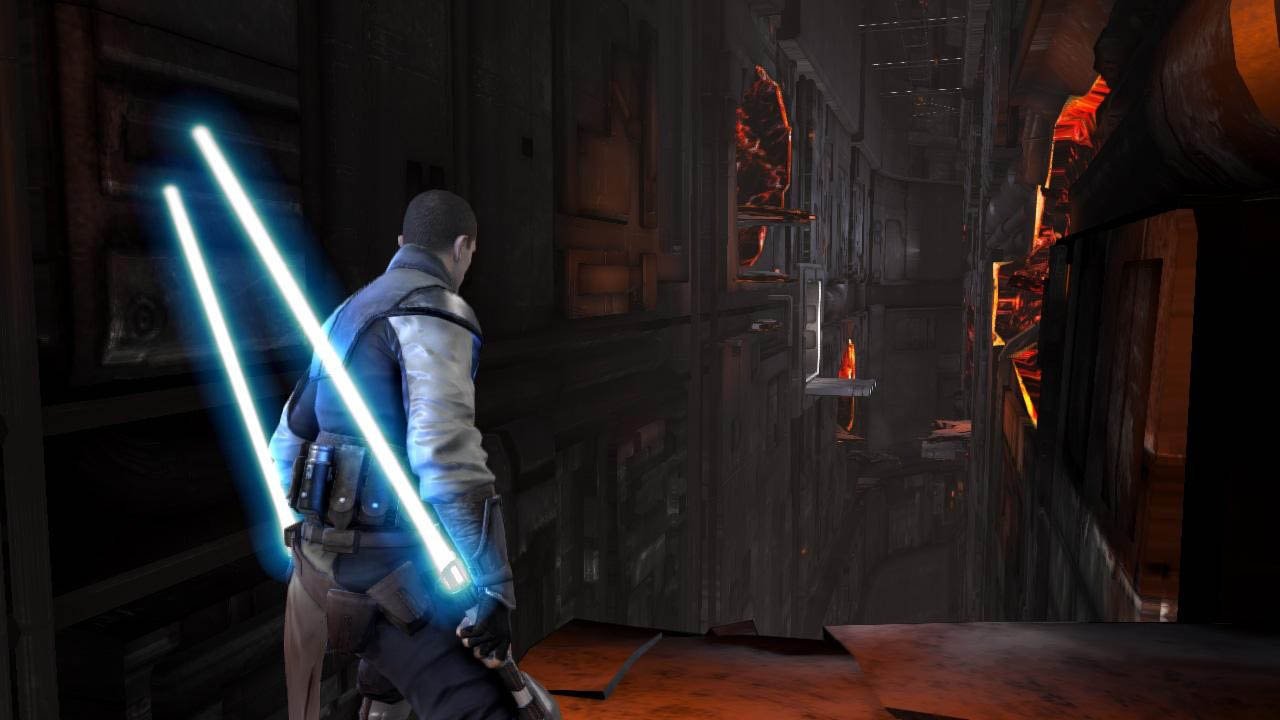 Aren’t You A Little Short For A Star Wars Game?

The Force Unleashed came at a time when audiences were adjusting to life without Star Wars in the movie theatres. It was a game that was designed with the explicit mandate “kicking ass with the force” and though it suffered from some troubling design decisions, it managed to convey—by Star Wars standards, especially in light of the prequels—a solid story that managed to fit nicely within the established canon. Now, two years later, a sequel is upon us and unfortunately, in terms of both gameplay and narrative, it is largely unnecessary.

Mind What You Have Learned. Save You It Can

The original Force Unleashed allowed players to make a decision towards the end that resulted in a “good” ending in keeping with established canon, and an “evil” ending that makes a break with established continuity. The carries on with the assumption that players chose the good ending. Starkiller, the hero of the first game, is in the clutches of Darth Vader… or not, since there is some question as to whether this is the original hero, or his clone. After a dramatic break out, he scours the galaxy for old friends in an attempt to re-assemble his life. Unfortunately what could have potentially been an interesting story is hampered by pacing issues, questionable plot developments and, by the semi-cliff hanger ending, a total demolition of established canon that will leave most Star Wars fans wondering how this could have possibly gotten approval. It’s disappointing considering the producers of the game emphasized the importance of the story, but the result is poorly told, and even more poorly conceived.

Presentation fares much better though. Right off the bat, Force Unleashed II makes a favourable impression by having some of the most impressive animation in any recent game. The graphics have been tweaked from the first game with more details a decent frame-rate, but it comes at the cost of periodic screen tearing. The audio side is also treading on some pretty safe ground with the iconic lightsaber swings, signature blaster effects and anthem-ic Star Wars orchestral tracks accompanying the game. The music is the only disappointment in the game, and that’s only because the sound levels are dropped to minimal levels for the score. It’s unfortunate, since Star Wars music is an essential component of the experience, but it’s frequently drowned out by the actual sound effects.

You Must Unlearn What You Have Learned

Taking its cues from the first, Force Unleashed II is a third-person action game in the vein of God of War, with simple combos, quick time events and an emphasis on feeling powerful, rather than encouraging experimentation with well-timed combos. It’s a game of empowerment, not skill. The controls, for the most part, are actually tight and responsive, with combos being fun and easy to execute. The only negative is that using The Force to lift and hurl objects can still be a tricky affair, with targeting the desired object being just as difficult and imprecise as it was in the first game. This is balanced off by new abilities such as Force Fury, which puts Starkiller in a “super-charge” mode with heightened force abilities and damage, as well as use of the Jedi Mind Trick to force enemies to fight for you, or even jump off nearby cliffs. In that sense, The Force Unleashed II doesn’t skimp on your ability to use the force and you get the full gamut of abilities that you’ve seen from the movies. However, it makes a case for the argument that sometimes you can have too much of a good thing.

Unlike its inspiration, God of War, which, in subsequent sequels “de-powered” Kratos and forced players to re-acquire their power back to former levels, Force Unleashed II keeps Starkiller at his previous levels of power and allows him to grow still more powerful. This has the unfortunate side-effect of providing little to no challenge, as the various storm troopers and combat droids encountered are of little threat unless players blindly charge into a huge mob of them and fight carelessly. It’s not quite as bad as an “I Win Button,” but also saps much of the challenge, drama and feeling of accomplishment other games provide from overcoming obstacles. In this game, there’s never any question that players are sufficiently over-powered for the challenges that lie in wait. This merely exacerbates problems that lie within the actual design of the game.

There are two unfortunate truths to Star Wars: The Force Unleashed II. The first is that the game is too short, clocking in at 4-6 hours for the first play-through depending on skill level. The second is that the game plays it far too safe with regards to its flow of game-play, taking some good combat mechanics and grafting them into unacceptably repetitive levels. It’s almost as if the developers simply came up with one concept, an arena fight with a mob, a fight with a robot, another arena fight and then a corridor escape, running away from vehicles blasting the ground at your heels… and simply cut and pasted this concept throughout the rest of the game. By the time you hit the ¼ mark of the game, you’ve seen pretty much all the enemies and tactics Force Unleashed II has to offer.

The short game length and repetitive nature of the game-play already put the game’s longevity in question. But when this is combined with what amounts to only five very long levels, with little visual variety, you end up with an all too brief gaming experience, with little to no replay value outside of trophy/achievement hunting. The flow of action that feels flat and monotonous rather than providing the rises and falls in tension, action and drama you’d expect from something with the words Star Wars in it. There is nothing fundamentally broken with the game, but it does nothing interesting, doesn’t challenge players, and may even anger hardcore Star Wars fans with its apparent disregard for continuity. It’s hard to recommend at full retail price, though the game is a safe rental considering its short length.

Star Wars: The Force Unleashed II Is hard to recommend at full retail price, though the game is a safe rental considering its short length. 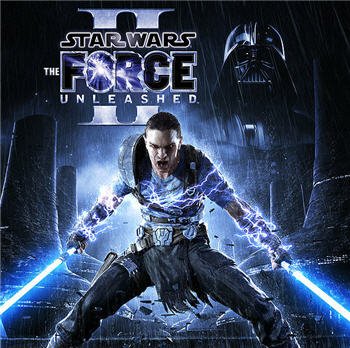