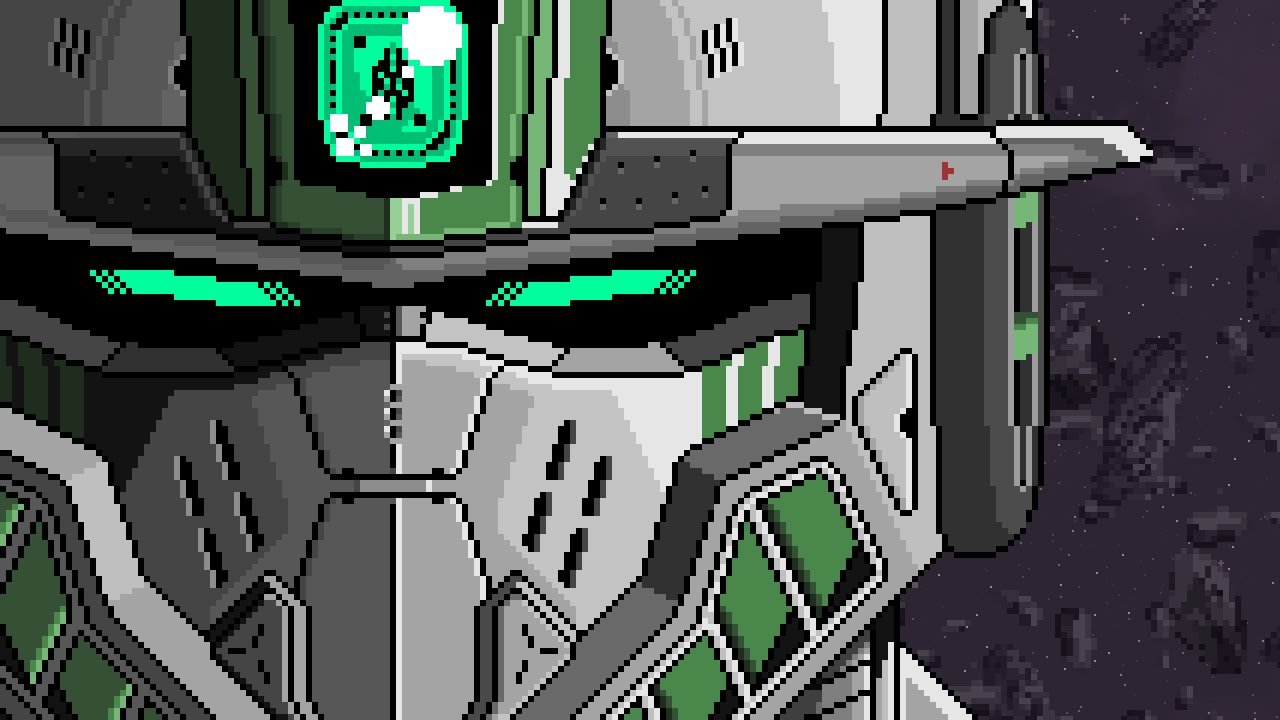 Games are a lot more fun with friends and Stardust Vanguards gives players the opportunity to experience that. Unfortunately, if you are unable to play with friends and don’t have a game controller, then getting through this adventure will be a lot harder.

Despite those little setbacks it’s still a fun, addictive, retro-esque dueling game that you can easily put hours into. Stardust Vanguards places you in the centere of the action as you play one of four available Vanguards. Your responsibility as a Vanguard is to take out the groups of pirate fleets, and keep outer space safe.

Each Vanguard can use a sword to ward off any incoming attacks, call reinforcements, put up a shield, shoot ammo, and even dash quickly to take out enemies.

Stardust Vanguards is best played with two or more players, as it adds more strategies to take down those pirate fleets and creates a more action- packed experience. However if you choose to play as a single player, then be aware that the game will be more difficult as the pirate fleets can easily surround you, and take you out in one hit. It is recommended that you use a game controller in order to play, because using the keyboard is tricky and can feel a bit clunky at first, making it hard to grasp the gameplay with ease. On the positive side, having two gameplay options available helps cater to the needs of players who have different gameplay preferences.

Stardust Vanguards offers a bit of voice acting for battle cries, and a catchy soundtrack that suits the flow of the game, while getting your adrenaline pumping as you take out the pirate fleets. Both of these elements are well done and pleasing to the ears.

Graphically Stardust Vanguards is reminiscent to your good old fashioned arcade game while mixing in anime style visuals, and having a more modernized retro feel to it. The graphics are also crisp, clean, and a pleasure to look at. It just goes to show that the graphics of a game doesn’t always have to be breath-taking to make it appealing to players. Going back to the roots of how games were designed way back when and putting a modern twist on it, can work out just as well.

Players will be thrilled to know that Stardust Vanguards has replay value because of the unlockable content. You can unlock higher difficulty levels, and stages. While the game can be short if you are playing it on your own, those hours can add up if you have a few friends join in on the action.

Stardust Vanguards is not a perfect game, but it does its job well to entertain players with its one of a kind fun factor. If you are ever looking for a game to kill time with or just have a love for mechas then this game is for you. The setbacks that this game had didn’t weigh too heavily, as it provides players the opportunity to enjoy an action-packed multiplayer game, and that is where the game really shines.

Stardust Vanguards places you in the centere of the action as you play one of four available Vanguards.