The next in the Storm King label for youngsters is a beautif
SCORE: 8/10 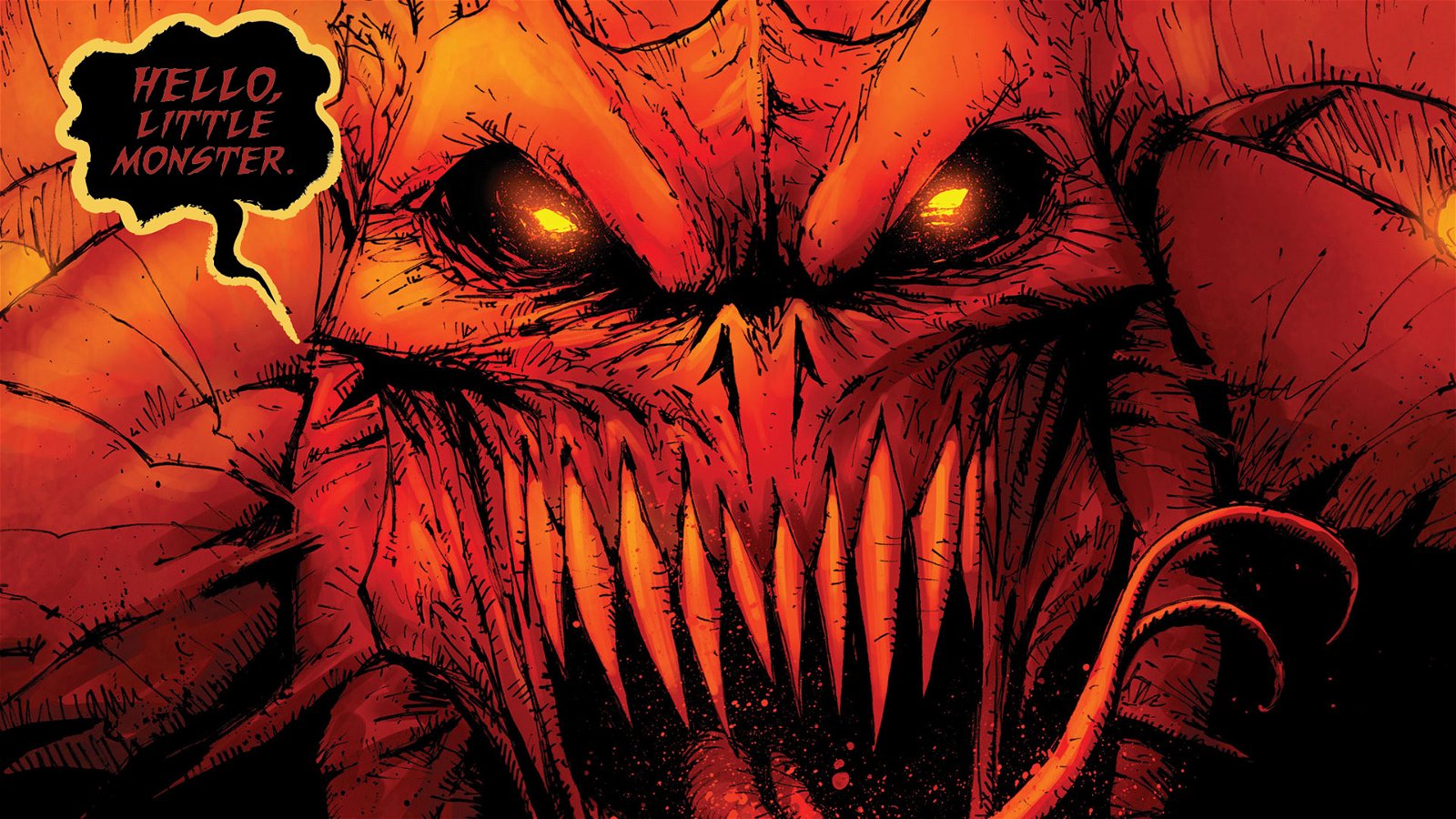 Storm King Comics, a division of Storm King Productions, has been an exciting addition to the comics canon. Founded by Sandy King and John Carpenter, the label has released wicked horror comics form a variety of writers including the Tales of Science Fiction anthology and Tales for a Halloween Night. One of their newer ventures is Storm Kids, a project launched in 2019 with stories like Monica Bleue: A Werewolf Story and Hyperbreed.

The newest edition in their YA label is Sacred Hearts, a story of three friends and a shocking discovery in their small town.

Chirs, Dirk, and Shelley are a gaggle of good pals. They live in a quiet small town where not much seems to happen. Of course, there are the ghost stories about their locale, ones about the Franklin Farm and the woods surrounding it. No one must play in the woods, and no one must go near the farm. The Franklins are haunted, or maybe they’re evil. But for three brave youngsters seeking lumber for their fort, the farm isn’t so scary.

After erecting their masterpiece made from Franklin farm lifted lumber, the kids leave the woods and head home. When they return the next day, they discover that their fort has been torn down and nearby, an accident has occurred. All that’s left of a local man is his truck, a truck that looks like it slammed into a large animal. Scared, they stumble through the woods and soon run into the spooky Sam Franklin, and then an injured monster. Though terrifying, the beast is friendly, and the squad decides they should help the big guy. After befriending and caring for the monster in the wood, the friends set off to learn the true origins of the Franklin myth and team up with their monster chum to save their town from pure evil, the devil himself.

“Near flawless and balances a heartwarming tale with a scary story”

Sacred Hearts was written by Steve Niles, illustrated by Nat Jones, and lettered by Janice Chiang. Niles is a horror comics veteran, having written novels and comics alike. He’s probably most notable for his work on 30 Days of Night which was adapted into the movie by the same name. This hop into gateway horror is near flawless and balances a heartwarming tale with a scary story. Horror themes are accessible to youngsters, and stories like these will shape them. Kids befriending monsters is a mainstay in gateway horror and Niles has done brilliant work creating a fresh version of that. This story comes with warmth and valuable friendships which is a beautiful way to lull young people into the beloved genre.

Jones is known for his horror and dark fantasy artwork, having illustrated comics like Death Dealer and Spawn. His style works flawlessly in this horror story, creating excellent monster designs. The good-guy monster balances scary with the look of an ogre who might be in the WWE. It makes the hellish spawn read like a potentially warm companion in a way that evokes another gateway-horror character, Psycho Goreman. For all its beautiful art, the colours are a bit too muted. It works well when blood is laid atop the blue and green tinted scenes, but by being too monochromatic, some of the action is hard to see. The large splash pages demand you pause before flipping and forces the reader to put more time into a short story as a means of soaking in the art.

Chiang, not to be forgotten, does beautiful work with the lettering. She is known for her work on Riverdale, the Archie stories that inspired the hit series, and it’s clear why she is working on such major projects. Through her simple designs she creates a unique voice for the monster. What is more, her fun with Franklin Senior creates a necessary duality in the character.

Creating lore in a short graphic novel can be a mountain, but Sacred Hearts gets across everything you need to know with no extra fluff. Pages of horns and crosses are enough to fill in any story blanks about a deal with the devil gone bad. One that went bad because of compassion and goes back to good for the same reasons. The one fifty or so pages, with a distinct deference to the art, creates a thick novel that young readers can enjoy taking on without ever feeling overwhelmed. Niles, Jones, and Chiang are a match made in hell, and they’re working at the top of their game here. They’ve balanced blood pumping and warm and fuzzy hearts, leaving them all sacred. It will speak to the comics lovers of any age and remains a worthy and digestible story for young readers.

This gateway horror story for younger readers is a beautiful way to lull them into the warmth that’s buried below horror’s rough surface. 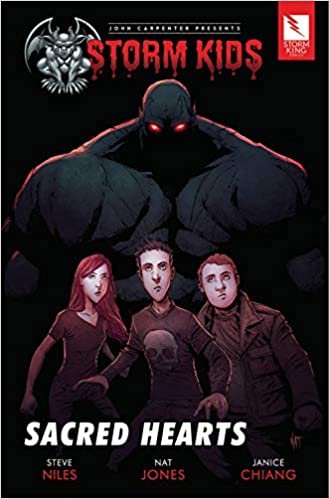