A Story About My Uncle (PC) Review 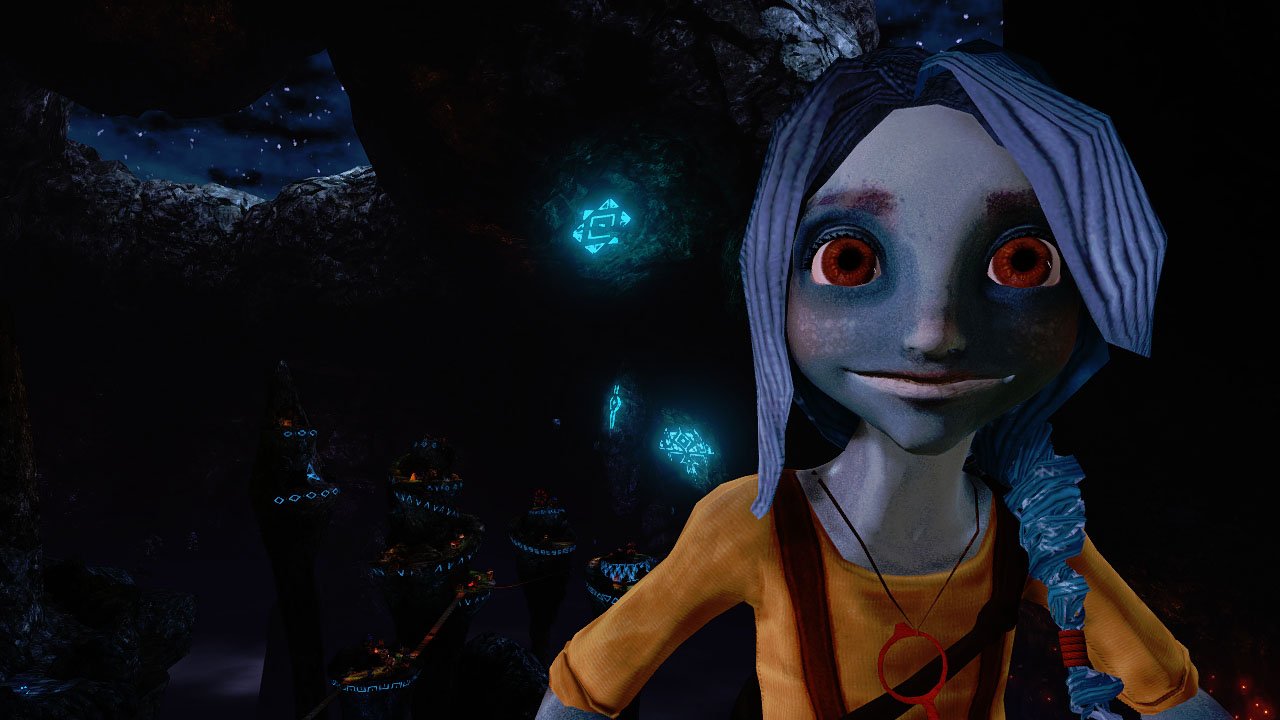 At its best moments, A Story About My Uncle evokes the same feelings as those of classic children’s literature. It takes place in a bold, ethereal world made up of floating cities populated by amphibious people, is traversed by catapulting one’s self across wide divides through the use of a laser grappling hook, and embraces magical realism in the same charming way as Big Fish. It’s a short, whimsical ride only hindered by the design flaws inherent in the first-person perspective.

Like The Princess Bride, exposition is delivered as an adult tells a story to a child. Instead of a grandfather reading a book to a sick grandson, however, A Story About My Uncle is a father’s attempt at a bedtime story for his tired daughter. He sits her down and tells her about the time he went to visit his eccentric Uncle Fred as a boy, only to discover him missing. While searching the house for him, the young boy finds a unique adventure suit and is mistakenly transported into another world after a mishap in Fred’s attic.

It’s within this world that the game begins to incorporate both its highest and lowest point: platforming. Using an “adventure suit,” the young boy is able to jump exceptionally high and long, avoid taking damage from high falls, and fire a laser-like grappling hook from his palm. From the very start, the game does a fantastic job of teaching basic mechanics and building on them throughout, following in classic platformer design by constantly increasing the difficulty of each new area to test a player’s newly-acquired skill.

Because so many of the land masses in this world are floating, there’s plenty of room for both gross error and pure exhilaration. Grappling onto objects hundreds of feet away, catapulting through the air toward them, and swinging from one hold to the next yielded stomach-dropping encounters that were ultimately satisfying to complete.

But there’s a certain sense of clumsiness and a lack of precision inherent in first-person platforming that often makes for frustratingly difficult areas in the game. Because there’s a lack of connection between the player and the environment, gauging the landing position for high jumps can sometimes feel awkward, and while the game does a great job of providing tools and allowing the player to approach these sequences like they might a puzzle, it doesn’t keep it from feeling the slightest bit uncanny as one finds themselves tumbling to their demise thanks to a poorly-gauged jump with no tactile feedback with which to gauge their movement.

Frustrating platforming is quickly made up for by the game’s setting, however, as A Story About My Uncle is a wonderful and whimsical experience not unlike the movies of Pixar. It’s visually stunning; a wide array of colors oscillate brilliantly between dotting and flooding the environment, finely-detailed textures give life to plants, rocks, and sheets of ice, and even NPCs have been given unique animations that lead the towns and villages one walks through feeling occupied. Each unique environment feels alive and brimming with magic-infused energy.

It’s relatively short – five hours or so, depending on your skill and reflexes – and succinct. The story itself feels well-crafted and paced, devoid of any padding. Environments are varied and beautifully done, the story itself is a light-hearted, innocent magical romp through another world, and the platforming is a wonderfully engaging mechanic when it is at its best. There are a handful of frustrating moments to be found, but A Story About My Uncle really is the magical experience it sets out to be.

Final Thoughts
Instead of a grandfather reading a book to a sick grandson, however, A Story About My Uncle is a father’s attempt at a bedtime story for his tired daughter.
More From CGMagazine