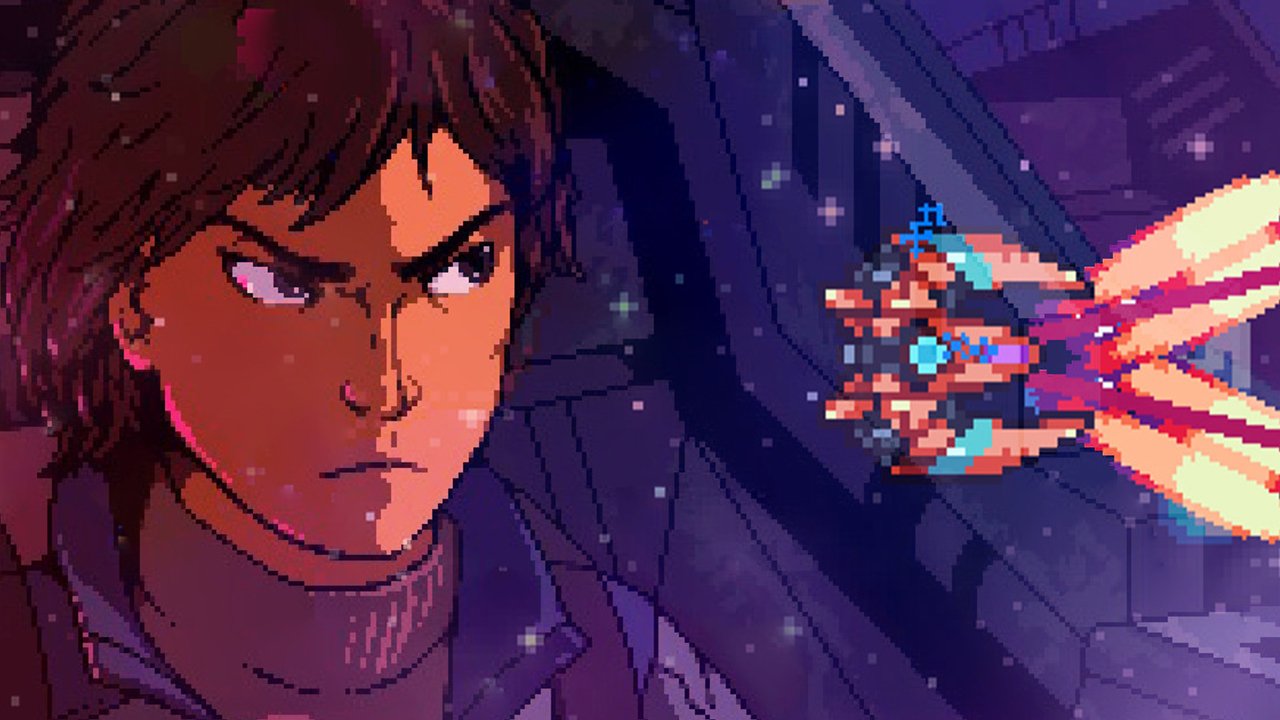 If Super Galaxy Squadron EX sounds familiar to you, it’s because it is a remake of a game that was already reviewed right here at CGM. The remake both enhances and hinders the experience.

I used to think, ‘If you’ve played one vertical space shoot’em up, you’ve played them all;’ however, that isn’t quite true, especially in this case. Missing are the one-hit-kills found in basically every other bullet hell, instead replaced with a health meter that requires players to take multiple hits before exploding. Health is regenerated by either passing close to bullets or picking up health refills that enemies drop. Checkpoints are another welcomed addition that respawns you just before the bosses if you fail.

There are six stages on offer, but none of them stand out. I’m a seasoned veteran of bullet hell shooters and found this to be one of the easier titles I’ve played. I didn’t die a single time in any of the stages, and only had trouble on a couple of boss fights. Unfortunately, there is a large difficulty spike in the final boss battles. There are multiple forms of the final boss with no checkpoint in between even though players are given full health; this means redundancy as you fight the first form repeatedly. The last boss ruined an otherwise enjoyable experience.

The soundtrack and graphics are on point here, with the graphics being heavily upgraded from the original title—which is also included in the purchase. The screen is now filled on both sides with a HUD that is the same pink and blue colour theme found throughout the game’s new coat of paint; a theme I quite enjoy. Small voiced cutscenes are added between levels as well, but the story is paper thin and the least interesting part of the package.

Player ships and enemies mostly look the same, but the amount of bullets on screen at a time has increased. Multiple ships are on offer each with their own set of weapons, and ships can be swapped at the start of levels meaning you aren’t stuck playing the same ship throughout like most titles in the genre.

Super Galaxy Squadron EX is an easier on the eyes, harder to finish version of the original title. The levels are still rather easy and boring, but the boss fighters are entertaining. There are some decent ideas here that future bullet hells should make note of, but overall a rather average experience with a brutal final boss.

Super Galaxy Squadron EX is an easier on the eyes, harder to finish version of the original title. The levels are still rather easy and boring, but the boss fighters are entertaining.