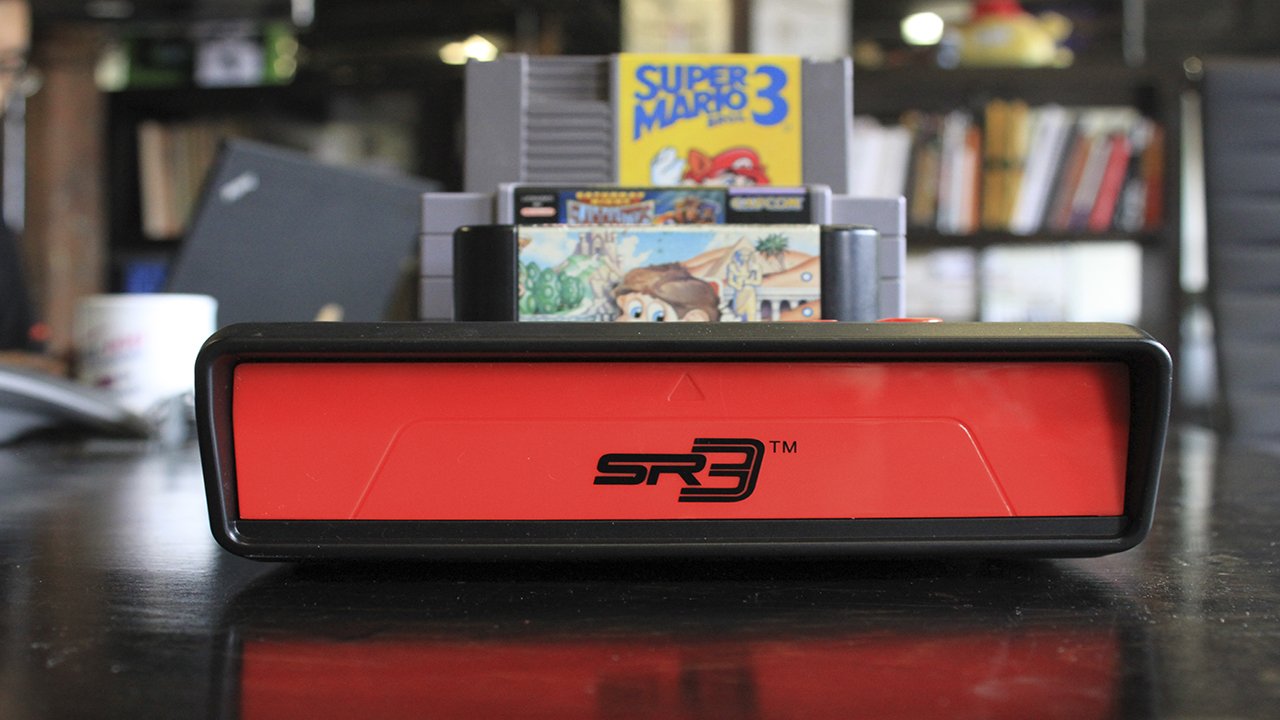 Let’s be honest here, classic games are awesome. But loading up on consoles can get pretty pricy.  Sometimes it’s a struggle to get them to even work. Thankfully, Retro-Bit made the Super Retro Trio  (SR3), a three-in-one classic game console. Functionally, the SR3 works well, but some design flaws hold it back from greatness.

It plays the big three, NES, SNES, and Sega Genesis. It comes packed in with two controllers, and all the standard definition hook ups you need. It’s really easy to set up, and it only costs  $69.99. When you factor in a SNES can cost around $75.00 for just the console, hook ups and a controller, there’s a bit of value here. You get what you pay for however, and that low cost comes at the expense of build quality.  The plastic components of the console feel very low grade and flimsy.

That quality is brought to the controller as well. It’s a build off the SNES controller, so it’s rounded with four face buttons and two shoulder buttons, but the input is akin to the Genesis. They work for any console you choose, but an original pad, or at least a Genesis model, feels better. I like that a lot. Personally, the Genesis six-button controller is one of the best you can use to play classic games. So you can replace the square, uncomfortable NES controller with a better, functional Genesis one. But you’re not really limited there. The input was standard to other gaming hardware for years, you could use an Atari 2600 stick if you really wanted to.

That doesn’t change the fact that the design is really ugly. There’s no way to make it better though; Retro-Bit had to fit three different consoles into the damn thing. The result is a clunky, black and red eye sore.  It looks especially bad if it’s set up in a media room. The console just looks out of place. A Genesis, with its smooth, black contours can still sit nicely underneath a modern HD TV and it won’t stand out. This thing is just intrusive.

The design is understandable though, and its improvements over the older consoles make it worthwhile. It’s a top loader. So, you don’t have to worry about wearing down NES cartages. The trade off is, there is no eject button.  If you remember, the SNES had a button to pop the game out so the cartridge didn’t get stuck. That’s why Nintendo didn’t add grips to the games. So pulling one of those out of the SR3 is annoying. It’s a small price to pay for a really useful device. Aside from the ability to play three consoles in one, there are no region issues. With a flick of the switch, gamers can play a Japanese import of Chrono Trigger, then switch to a North American Sonic the Hedgehog with ease.

They work really well too– sometimes better than the console counterparts. It’s newer, so nothing is worn down. Many times, you can just pop in a game and it works. If the cartridges are in good condition, there shouldn’t be any issues with playing them.  Your old games will play just as nicely as you remember.

That’s all that matters when it comes to the games. Odds are if you’re buying this, you’re used to ugly looking consoles. So in that regard, the Super Retro Trio is a success. But it’s got design flaws; cheap quality and ugly aesthetics make this piece of tech feel poorly made. It’s easy to get around that with a few side purchases. Then, your eyes will be on the screen. Thoughts of quality won’t creep into your head. Just you and the game in nostalgic bliss.

Super Retro Trio is a success. But it’s got design flaws; cheap quality and ugly aesthetics make this piece of tech feel poorly made.