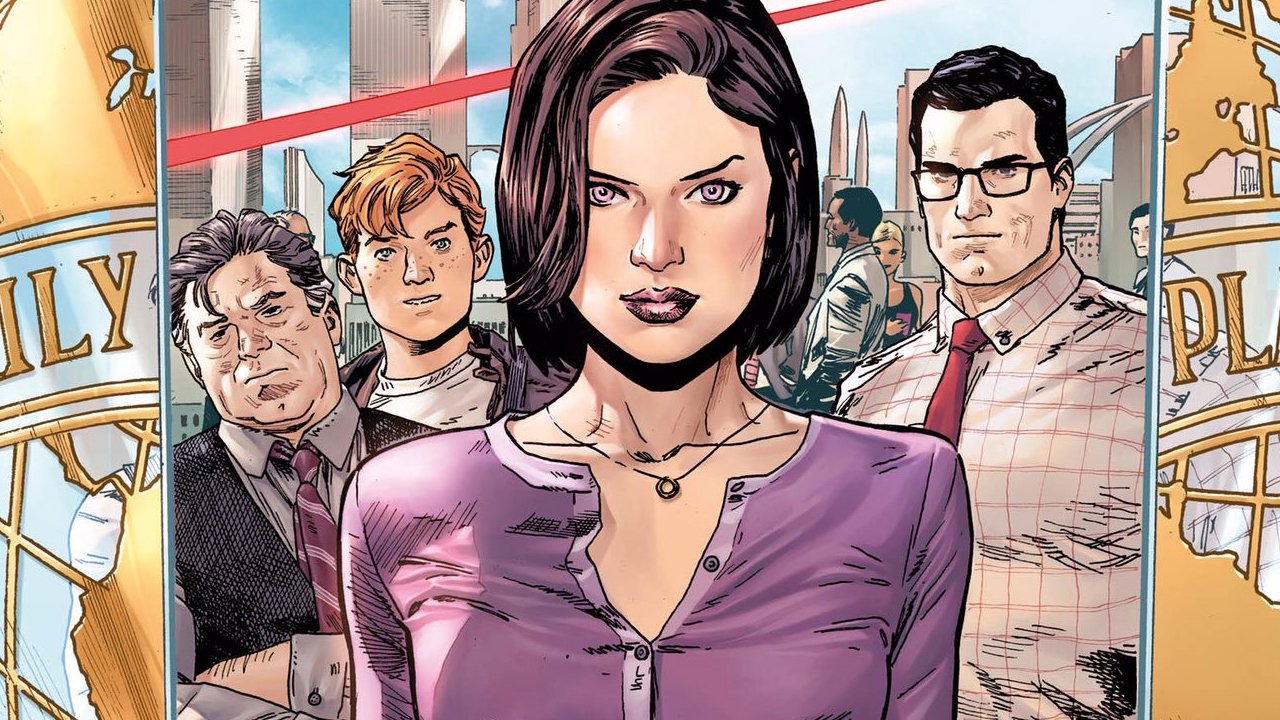 Lois Lane entered my life in 1978. That year, Superman descended upon North American cinemas. It showed eager audiences that a man could fly, but it also gave young boys and girls a heroine right for the times. Margot Kidder played a powerful yet vulnerable Lois Lane—a reporter who lived life as fast as she could type. What Superman the Movie did, for those of us brought up in the late 70s and early 80s, was visually represent women who strong-willed, fiery and sexy all at once. Just remember, this was a time when Princess Leia in Star Wars and Marion Ravenwood in Raiders of the Lost Arc traversed the silver screen.

Now while Lois Lane’s emergence in Superman’s life goes back to Action Comics #1 in 1938, it was this film version of her that will always cloud my judgement when reading or watching new incarnations of her. And that is why Superman Action Comics two-parter, Lois Lane Back at the Planet, was such a treat to read.

The mini-series covers Superman Action Comics #965-966 and spends much quality time with the Man of Steel’s main squeeze. In DC Comics Rebirth, there are two Lois Lanes. The one in Lois Lane, Back at the Planet is the Lois Lane pre-New 52. She has been living in secret with her pre-New 52 Superman—until the New 52 Superman died and his shoes desperately needed refilling. Pre-New 52 Lois has been having dreams from New 52 Lois and decides to head back to the Daily Planet and uncover what these dreams really mean.

Confusing? Not if you’ve watched soap operas like General Hospital or Days of Our Lives.

Admittedly, I fall into that category.

So what is it about Lois Lane, Back to the Planet that makes it special, and not just a short story-line to plug some plot holes until we get back to the regularly scheduled Superman action?

It has to do with what I wrote about earlier. Lois Lane, Back at the Planet’s writer Dan Jurgens conjures up the spirit of that old Lois, the one from Superman the movie, and connects right to her and that time. I’m not sure if that was even intentional, but as the two-parter comes to an end, Lois does a narration on why she’s heading back to The Daily Planet. It’s the Lois Lane who can only be Lois Lane, even in spite of herself. She has to stand up for the powerless, call out the wrongs, and use her greatest superpower: her intellect.

For Lois Lane, the pen is truly mightier than the sword.

Stephen Segovia’s illustrations for Lois Lane, Back at the Planet are solid. While this isn’t an action packed mini-series with loads of splash pages to drool over, Segovia conveys Lois as someone who is conflicted—should she do what is right for herself or do what she feels obligated to for Clark and her son? Segovia also shows real emotion and passion between Superman and Lois, which is something that also reminded me of my youth with Superman.

While only a short spin in Lois Lane’s heels, Superman Action Comics: Lois Lane, Back at the Planet offers readers a quality peek into her life and what makes this champion journalist tick.

Superman Action Comics: Lois Lane, Back at the Planet is a surprisingly entertaining two-part miniseries, bringing back a Lois Lane we all know and love – at least those of us brought up on Superman the Movie.