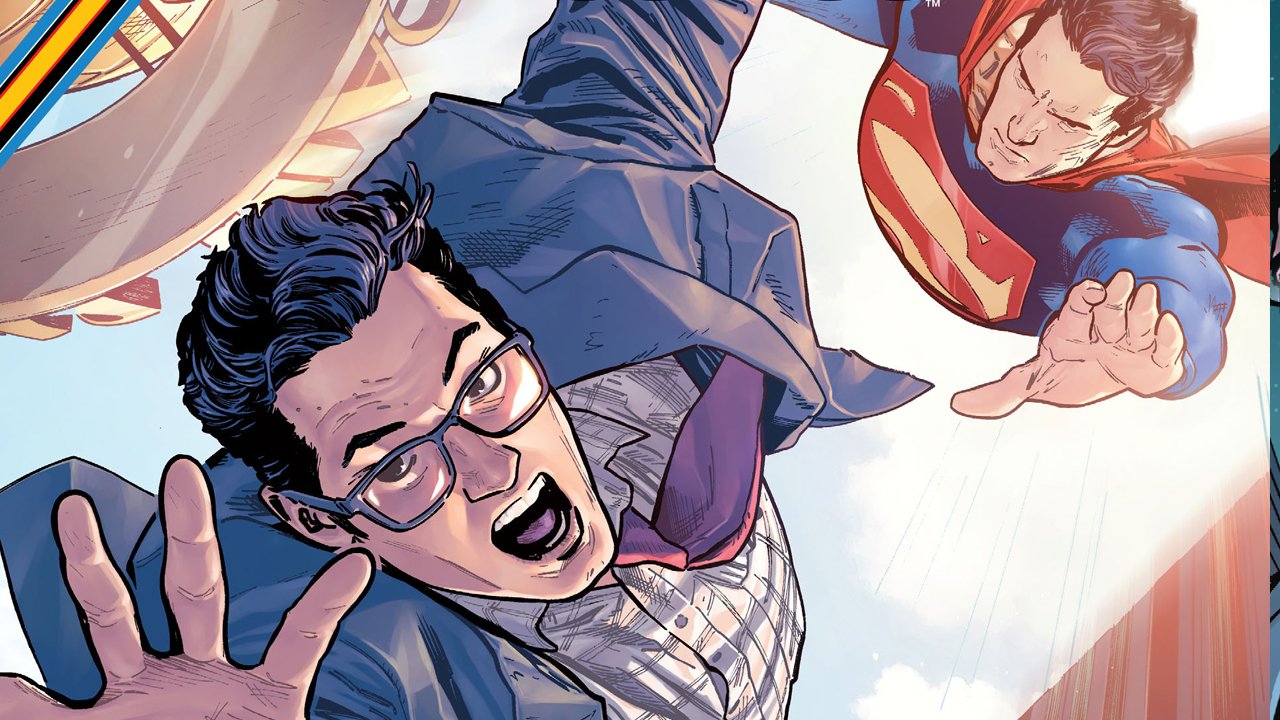 In Superman Action Comics #963-964, this two-part event titled Superman Meet Clark Kent, comes right on the heels of the action packed Path of Doom (see my previous review for more). In Path of Doom, the world was witness to Superman and Lex Luthor fighting Doomsday through the streets of Metropolis. But the captive audience was also witness to the return of Clark Kent. Near the end of The New 52, it was revealed to the world that Clark Kent was Superman. But the Rebirth Clark Kent has no superpowers – breaking his arm in the Doomsday dustup. As Superman Meet Clark Kent opens, Lex Luthor is holding a press conference. Being the President and owner of The Daily Planet, Luthor brings Clark Kent out to face the cameras. Someone fires a gun at Clark, trying to prove he’s really the Man of Steel. But the bullets miss their intended target. After surviving the attack, Clark is subject to a camouflaged Bruce Wayne administering a lie detector test. And finally, to seal the deal, Clark is picked up by Superman himself and flown to the Fortress of Solitude to conclude the prosecution – who is Clark Kent?

Writer Dan Jurgens does a superb job handling Rebirth’s twists and turns with regards to Superman and his alter ego in Superman Meet Clark Kent. This is no small feat. As stated in the beginning of this review, Clark Kent is Superman. But now, they are separate entities. What would happen when these men come face to face? It’s a tall order, but Jurgens gives readers a satisfying moment – something thankfully not drawn out and worth a two part mini-series. In fact, Superman and Clark Kent don’t get into the conversation until Superman Action Comics #964. And the most poetic part comes in the final pages, where a series of panels give way to Clark Kent’s Daily Planet article titled “My Day With Superman”. It makes way for this new Superman and proves that the DC world can exist with two Clark Kents and, of course, one Superman.

Illustrator Patch Zircher adds artwork that completely complements Jurgens’ Superman Meet Clark Kent script. Zircher’s Superman and Clark Kent remind this reviewer, in part, of Christopher Reeve. He is the classic Superman, a departure from the dour Man of Steel in DC’s Cinematic Universe. Zircher’s artwork has a timeless feel – illustrations that reflect all that works well with the Last Son of Krypton.

Superman Meet Clark Kent is the perfect follow up to Path of Doom. The latter was an electric five-part series, bringing back one of Superman’s greatest foes. There needed to be a breather. And surprisingly, Superman Meet Clark Kent’s the right fit; it answers some necessary questions surrounding this alternate Clark Kent. But even more so, it’s done in an entertaining and touching way.

Superman Meet Clark Kent is a very good follow up to Path of Doom – bringing Superman and Clark Kent face-to-face in a two-part miniseries.