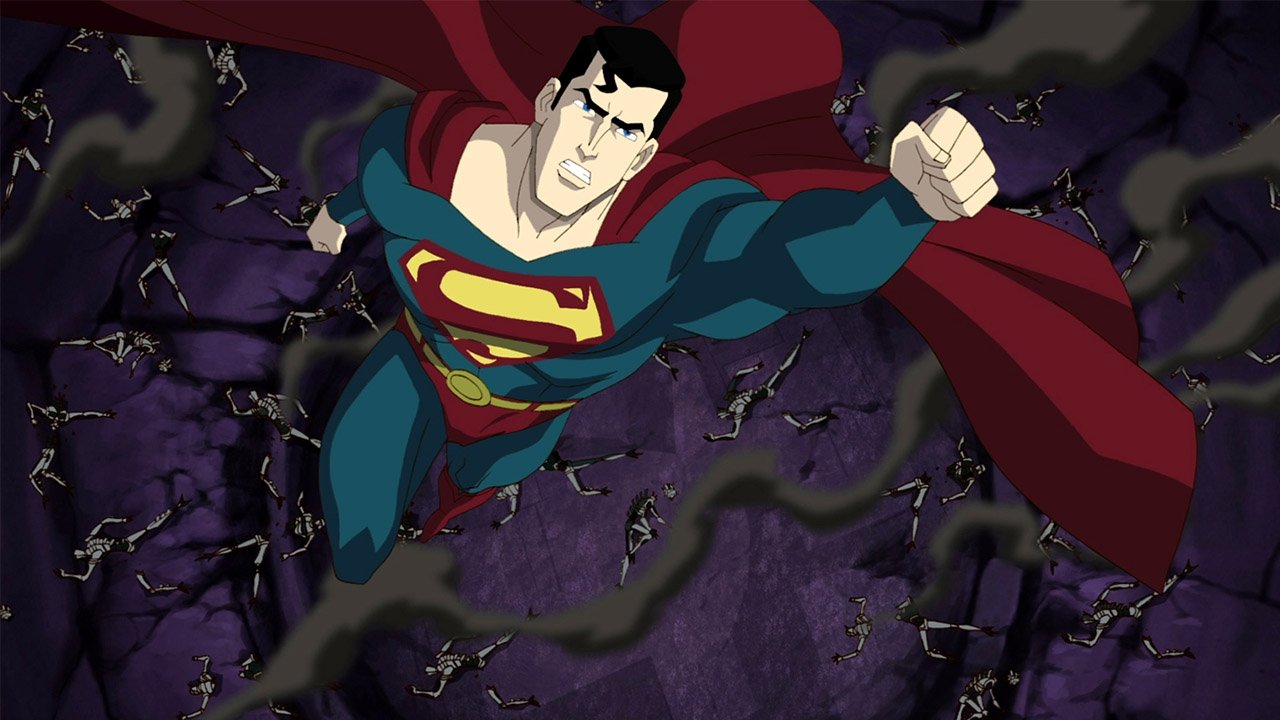 Warner Brothers Animation’s DCU productions reached a creative and commercial peak with their epic two-part adaptation of The Dark Knight Returns, dripping in fan service and arguably the best Dark Knight epic of 2012.

They may not have realized it at the time, that put considerably higher expectations on the company’s follow up project. However, rather than trying to top themselves with another beloved graphic novel adaptation, WB Animation just went back to doing what they do best: adapting a fan favorite comic book runs into an impressive direct-to-home-market feature. With Superman: Unbound, the company has turned their attention to Geoff Johns’ 2008 arc Superman: Brainiac, which many fans consider to be the definitive take on Supes iconic alien foe. The movie might not have the immense crossover appeal of Dark Knight Returns, but it just might be the finest DCU Superman movie yet and is a perfect introduction to the villain for Superman noobies. With that Man Of Steal thing coming out later this summer, that should be a growing market.

The film picks up with Lois Lane (Stana Katic) kidnapped by some generic masked villains in a helicopter. Unfortunately for the baddies, she’s friends with both Superman (Matt Bomer) and Supergirl (Molly C. Quinn) who quickly save her. From there, Lois starts chewing out Clark for keeping their relationship a secret, which he calmly explains is a result of all that intergalactic fighting he does on the side. Speaking of which, a new alien menace arrives with Brainiac (John Noble) in a compilation version of both his alien and robot origins. This Brainiac travels the universe in a flying skull ship run by his consciousness, sucking up the knowledge of entire worlds, miniaturizing a capital city for his private collection, and then destroying the world so that he can be the only creature in the universe with knowledge of the planet. So, he’s a bit of a jerk and with limitless knowledge, a viciously cold logic, a handful of superpowers, as well an army of robots on his side, he’s a formidable threat for our trusty hero. Superman is, of course, disgusted by Brainiac’s way of life and watches with fear as he destroys a planet. He also learns that the Kryptonian capital Kandor is one of Brainiac’s trophies, which depresses and distresses both Superman and Supergirl, who actually has memories of her former home. After learning of Earth’s existence by sucking on Superman’s brain, Brainiac targets the planet and Metropolis for his next annihilation. Do you think Superman and Supergirl will stand for that? I doubt it.

Superman Unbound is the first DCU feature made without the leadership of DC Animation guru Bruce Timm (who has had a hand in literally ever DC cartoon project since the 90s Batman: The Animated Series), but thankfully the remaining team including Timm’s longtime partner Alan Burnett don’t miss a beat. The big budget Timmverse aesthetic of DCU animated features returns with only a few new hyper-stylized anime touches made without Timm’s watchful eye that add rather than detract. It has to be said that that Superman Unbound isn’t nearly as artistically or thematically ambitious as some of the wonderful Batman features the studio has cranked out, so set your expectations accordingly. This is more of a surreal Silver Age adventure with intriguing sci-fi concepts than any sort of character deconstruction and there’s nothing wrong with that. Superman isn’t really a character capable of deconstruction: he’s a noble hero designed for epic adventure, which is exactly what the film offers. This is a blazingly entertaining 75-minute action feast filled with epic battle sequences that establishes Superman’s second greatest villain who has never really gotten the attention he deserves outside of the funny books.

Brainiac is the reason for this film existing and the show delivers on the legacy. In this version, the character is a brilliant, all-powerful alien force whose planet-destroying powers genuinely challenge the Man Of Steel’s skills. Voiced by Fringe/Lord Of The Rings veteran John Noble with chilly precision, Brainiac is a terrifying creation who can never be reasoned with. The film sells the character well and hopefully this vision of Brainiac will have an influence on his inevitable big screen debut. Beyond the robot-bashing good vs. evil action of the Brainiac A-plot, the writers found time for an intriguing examination of an awkward teenage Supergirl coming into her superpowers like a high school gal with raging hormones. Unsure of her own abilities, lacking a home, and with only the relative strangers Superman and Ma n’ Pa Kent to count as friends, she’s an intriguingly conflicted hero to contrast with Superman’s perfection and adds quite a bit to the film. In Geoff Johns’ original comic run, the dark tale climaxed with the death of Clark Kent for one of the harshest Superman tales of all time. In the one misstep in the entire adaptation, the filmmakers instead decided to instead frame the tale’s intergalactic action around Superman’s relationship woes with a particularly sassy Lois Lane, leading to a sentimental finale. It’s a bit of a shame and doesn’t quite work, which robs the story of a satisfying final note. However, given all that went right in Superman Unbound and the fact that the film would be a darkly miserable tragedy without the change, I suppose it’s forgivable.

Warner Bros’ Blu-ray presentation of the film is as stellar as always. This animation studio has only gotten better as these direct-to-video features have progressed. While some of the early efforts like Justice League: Crisis On Two Earths looked and felt like extended episodes of the animated series, Superman Unbound feels like a polished feature animation filled with gorgeous images perfectly suited to an HD glow. The visual style is still angular with limited detail in the Bruce Timm style, but the scale of the action and settings on display is above and beyond anything DC ever did on television. It would be a stretch to say you could release it theatrically, but it’s certainly above and beyond the usual direct-to-video standards. The disc is also overflowing with fantastic special features. First up is a commentary with producer/director James Tucker, screenwriter Bob Goodman, and DC Entertainment creative director Mark Carlin filled with entertaining production details and insights (including a hilarious comparison between Brainiac and comic book collectors). Then there is a wonderful 25-minute documentary about Brainiac that delves into the entire history of the character exploring all his incarnations over the years, with a particular focus on Geoff Johns’ take. It’s a perfect intro for the unfamiliar and a nice overview for the Supergeeks. A 17-minute featurette on the miniaturized Kandor is also quite interesting, but not as rich as the Brainiac feature. Next up are for episodes from the late 90s Superman: The Animated Series focused on Brainiac and Supergirl. Given how strong these shows were, they’re always welcome extra features on the DCU feature discs. Finally we get an excerpt from the digital Superman: Brainiac comic and a 10-minute sneak peek at the upcoming Flashpoint feature that even in rough animatic stages looks friggin’ spectacular. So, overall, this is one heck of a Blu-ray set well worth a purchase. If you’re a DCU animated feature junkie, you won’t be disappointed. If you’ve never delved into this world before, but are anxious for a little extra Superman this summer, it’s well worth a look. Outside of the comic books, this is now the definitive treatment of Brainiac and hopefully this won’t be the last feature film to use Superman’s #2 villain over the next few years. I’m looking at you Snyder/Goyer!

So, overall, this is one heck of a Blu-ray set well worth a purchase. If you’re a DCU animated feature junkie, you won’t be disappointed. If you’ve never delved into this world before, but are anxious for a little extra Superman this summer, it’s well worth a look. Outside of the comic books, this is now the definitive treatment of Brainiac and hopefully this won’t be the last feature film to use Superman’s #2 villain over the next few years. I’m looking at you Snyder/Goyer! 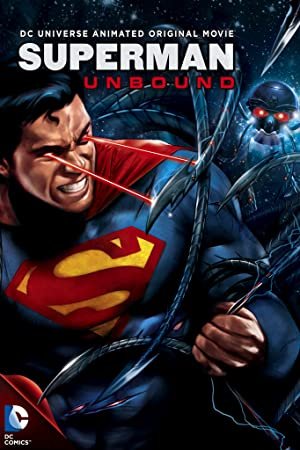