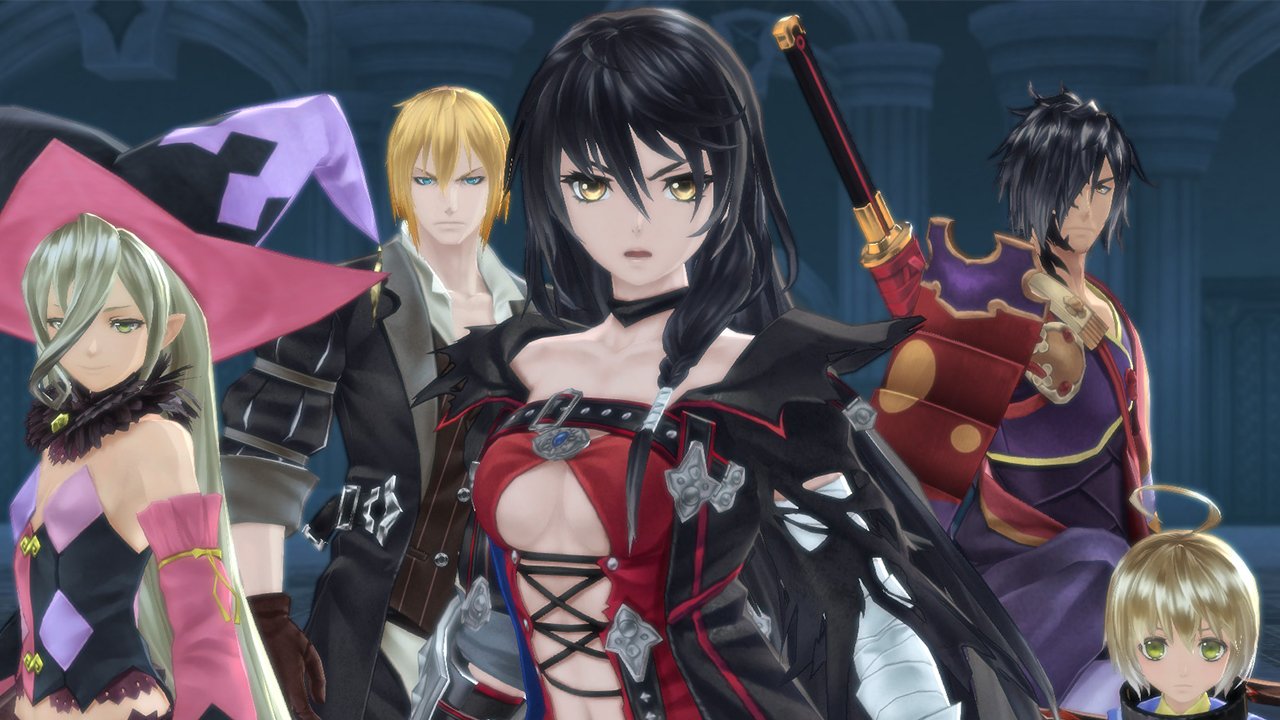 Forgive the tired sentiment, but Tales games are the RPG equivalent of comfort food. They come out every year or two looking a little bit different—a fresh cast here, a new battle gimmick there—but generally taste about the same when you get down to the chewy centre. Despite that comfort however, recent entries have taken a notable hit in quality. 2013’s Tales of Xillia felt conspicuously unfinished, leading to a direct sequel, Xillia 2, that somehow managed to retread old ground so excessively that it fared worse than its predecessor. After Tales of Zestiria released in 2015 to a yawning reception, it seemed the series was doomed to C-tier obscurity for the rest of its days. Then came Tales of Berseria to devour those problems whole.

Tales of Berseria doesn’t deviate from the Tales formula in revolutionary ways, but it spins a compelling yarn about a band of anti-heroes using some of the darkest themes in the series. Its opening hours succinctly depict the blossoming of protagonist Velvet’s understandable fury; the player watches her twist in anguish as her world is ripped apart by a betrayal that leaves her younger brother dead. Cursed with demonic power and forced to devour people to survive, she spends three years stewing in rage until an unlikely saviour sets her on the path to revenge. The game starts with a bang, more so than any Tales in recent history, and quickly creates an atmosphere of intrigue and uncertainty that propels the story throughout.

Refinement, rather than expansion, is the key concept that makes Tales of Berseria stand head and shoulders above Zestiria. Where Zestiria had huge, empty environments, Tales of Berseria has more digestible fields and dungeon corridors filled to the brim with collectable objects. Where Zestiria had a messy equipment system, Berseria allows for straightforward skill acquisition in the vein of Final Fantasy IX. Consumable items enable fast travel between previously visited locations and instant escape from dungeons, while the series-staple cooking system returns with an easy-to-use auto-cook feature to keep the party in tip-top shape. There’s even a simple Expedition system that consists of sending out a pirate vessel to explore the seas in real time, adding a pleasant layer of time management to a game already packed with things to do.

A Tales game isn’t complete without the action-oriented battle system, and Tales of Berseria is no slouch in that regard. By mapping attacks onto all four controller face buttons, the player can make Velvet and company unleash an array of fast and flashy moves. It’s closer to a fighting game than an RPG, and all six playable characters have a delightfully different feel as well as unique combo-extending abilities. Eizen takes to the air to rain draconic fire over stunned foes, for instance, while Rokurou assumes a deadly counterstance and Magilou can convert enemy spells into her own potent magical energy. Like in Xenoblade Chronicles, much of the fun in Berseria comes from switching between characters to mix things up whenever battle starts to become stale, however rare of an occurrence that may be.

While Tales of Berseria has the bones of a last-gen title (a PlayStation 3 version was released exclusively in Japan), the visuals are bright, smooth, and run at a flawless 60 frames per second on PlayStation 4. Fans of cosmetic character customization will enjoy seeing new weapons visually represented on each character model, as well as optional side activities and mini-games that reward silly decorations like glasses, cat ears, hats, and more. Tales makes dressing up characters its own activity, with a Fashion menu that allows players to change characters’ hair, outfits, and accessories. Say it with me, Final Fantasy XIV fans: glamour is the true endgame.

Tales of Berseria is a refreshing return to form for a franchise that seemed to be on its last legs. Its cast is likeable, its battles are addictive, and its story takes enough sharp turns to make it one of the best in Tales series history. There’s a surprising amount of humanity in this blood-soaked tale of revenge.

Tales of Berseria is proof that with a more thoughtful approach to design, the series still has what it takes to stand tall among its RPG contemporaries.