Tales From The Crypt/Vault Of Horror (Bluray) Review 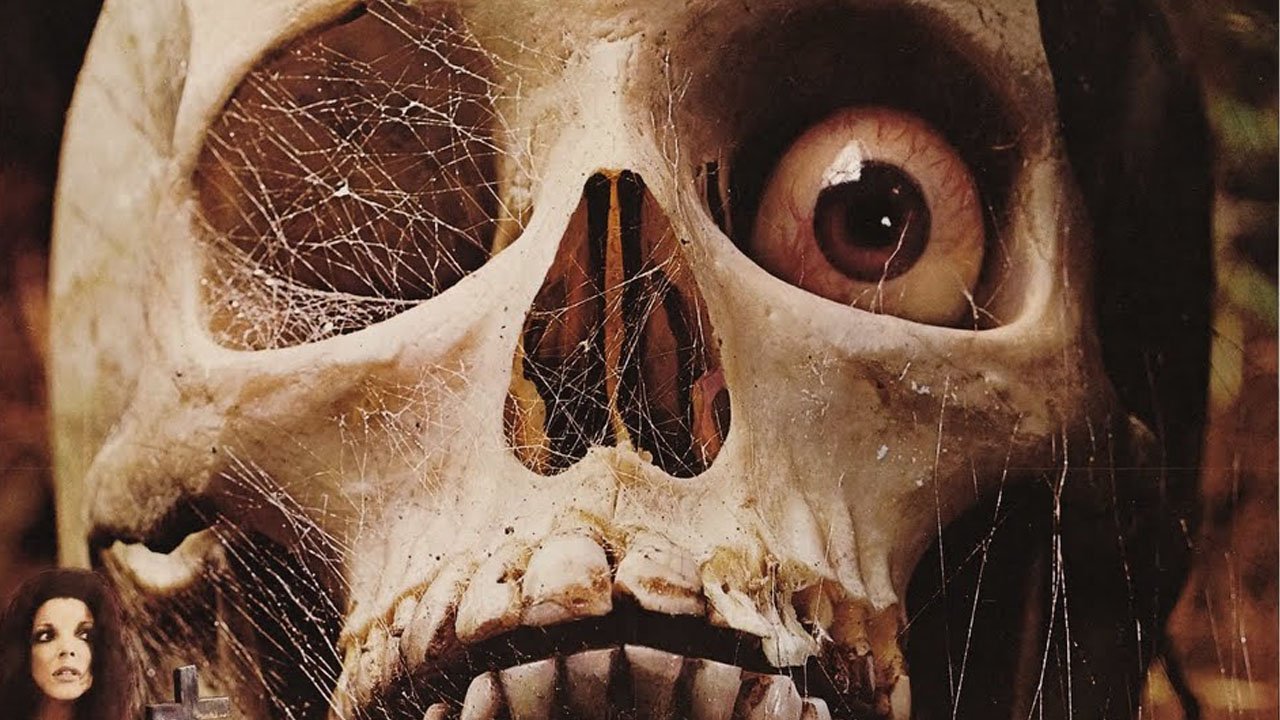 Back in the ancient days of the 1970s, the British film industry cranked out handsome horror flicks at a feverish rate. It all started in the late 50s when Hammer Studios struck gold with their Dracula and Frankenstein adaptations that added then unheard of levels of blood and sexualisation to the genre (these days, none of the films would top a PG rating, but at the time just shots of the red stuff and hints of naughty business was revolutionary). Various production companies popped up in Hammer’s wake, one of which Amicus. All of the Brit horror studios of the time had a house style that they repeated and the secret to Amicus’ success was anthology horror. Constantly on the lookout for short genre tales to combine into features, Amicus ended up stumbling onto unlikely source material; the banned EC horror comics of the 1950s. At first glance, it seems like an awkward mix: ground breaking gore horror rooted in American vulgarity mixed with stuffy British genre sensibilities. However, Amicus saw through the controversy to spot the bright morality horror tales at the center of EC that fit with their style nicely. As a result Tales From The Crypt and Vault Of Horror proved to be massive international successes for the studio. They’ve both been tricky to track down in North America for years, but thanks to the swell folks at Shout Factory we can now enjoy them both on one very pretty Blu-ray that just hit shelves.

The first and easily the best film of the duo is Tales From The Crypt. Made almost twenty years before the iconic HBO series, the film at first glance feels quite different from the Crypt you know and love, yet captures the tone rather wonderfully in its own way. The Cryptkeeper isn’t a rotting corpse puppet with a knack for one-liners, but none other than Sir Ralph Richardson in a cloak. He’s not one to joke around, as you might have guessed. He’s a very serious gentleman who hosts the wrap-around narrative from a dusty crypt. He listens to the tales of five lost folks who seem to recall their own death and it doesn’t take a genius to work out where that’s all heading. The five stories come ripped straight from the original EC comics, many of which you’ll remember from other adaptations. The first and best segment was coincidentally enough also the premiere episode of the Tales From The Crypt TV series. It stars Joan Collins as a woman who kills her husband on Christmas eve, only to have a psychopath terrorize her house who she can’t call the police to report (otherwise, she’ll be charged with that whole murder thing). It’s one of the best Tales From The Crypt yarns that the film plays sincerely and successfully and that continues for four more shorts.

The key to the success of this edition of Tales From The Crypt is director Freddie Francis, who helmed Brit horror yarns from the 60s until the 80s in between his gigs as the Oscar winning cinematographer of films like The Elephant Man, Glory, Dune, and Martin Scorsese’s Cape Fear. As you might expect from his dual careers, Francis is a visual master and despite the low budget production he delivers a beautiful horror film here. Francis’s camera prowl around the gorgeous gothic sets and mimics the dynamic framing of comic books. One short plays out almost entirely in POV, another delivers a horrifying torture chamber finale through visual suggestion. The gore might be toned down to PG levels and the gallows humor removed, but the deep irony and perverse morality of the tales remain.  Francis’ technical mastery and a brilliant British cast transform the schlock comics into harsh Twilight Zone style tales and the transformation works perfectly. Each short is strong and the wrap around plot adds in one more ironic twist to a film defined by them. It’s a brilliant and deeply underrated Tales From The Crypt adaptation that is easily better than either of the feature length spinoffs of the HBO series. In fact, it might even be the best anthology horror film ever made, even better than George Romero and Stephen King’s brilliant EC homage Creepshow.

Tales From The Crypt proved to be such a massive success for Amicus, that the company rushed a sequel into production to hit screens a year later. The rushed production shows in the final product and sadly Francis didn’t return to the director’s chair. Thankfully, the film fell into the hands of A Night To Remember and Asylum director Roy Wade Barker, so The Vault Of Horror is far from a failure. Barker might not be able to match Francis’ visual mastery, but he’s no slouch. He also spotted and encouraged that dark humor in the comics, so his film is probably a more faithful adaptation if not a better film. Aside from a pretty damn sweet vampire opening tale, Barker ditches monster and shuffling corpse EC tales in favor of bloody revenge yarns. His wrap around plot involves a collection of troubled souls taking an elevator journey that goes far lower than intended telling tales of their deeply deserved deaths. Vault Of Horror is less accomplished than Tales From The Crypt on a technical level, but whips up enough icky laughs and ickier gore to be a wholly satisfying sequel. It’s actually a shame that the series stopped here, there were so many classic EC stories left that could have benefited from the delightfully British Amicus treatment.

Shout Factory has slowly turned into the finest purveyors of horror Blu-rays in the world over the past few years, so it’s safe to say these underrated classics were in good hands when the company took them on. The new HD transfers are absolutely stunning, revealing depth and detail never visible on DVD. Given that these two movies get scares almost entirely from atmosphere, the crisp presentations improve the viewing experience immeasurably. Even better, Shout has released the unrated cut of Vault Of Horror in North America for the first time. Given that the truncated Vault Of Horror lazily and distractingly achieved a PG rating by replacing the gore scenes with frozen still frames, this makes a massive difference. The cut version is also included on a second disc and good for a giggle. Seriously, what were they thinking? Unfortunately there are no other special features included, which is a shame since Shout normally stacks their discs with content. Still, the fact that you’ll get both of these deeply underrated horror gems on one disc at a low price is more than worth the investment. If you’re a fan of EC Comics or British horror films, you owe it to yourself to buy this disc immediately. The films are masterpieces of their form that have been far too difficult to see for far too long.

Tales From The Crypt and Vault Of Horror proved to be massive international successes for the studio. 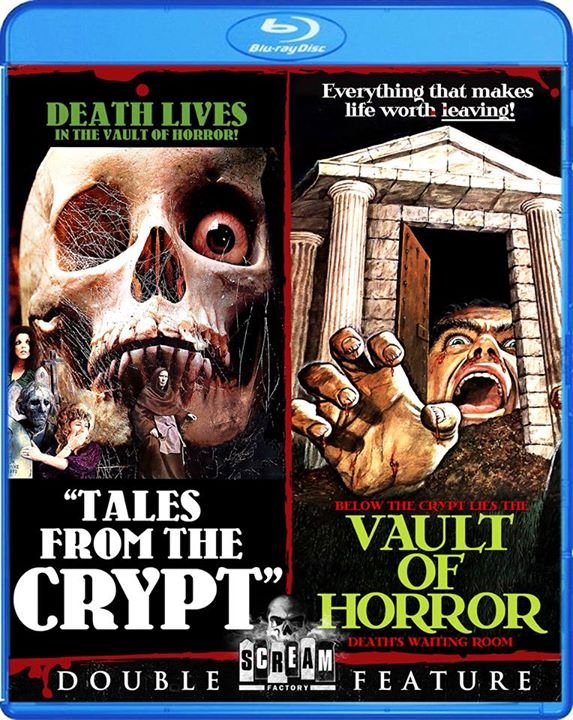 Name: Tales from the Crypt / The Vault of Horror Review Score: 9