Tales From Beyond Science HC 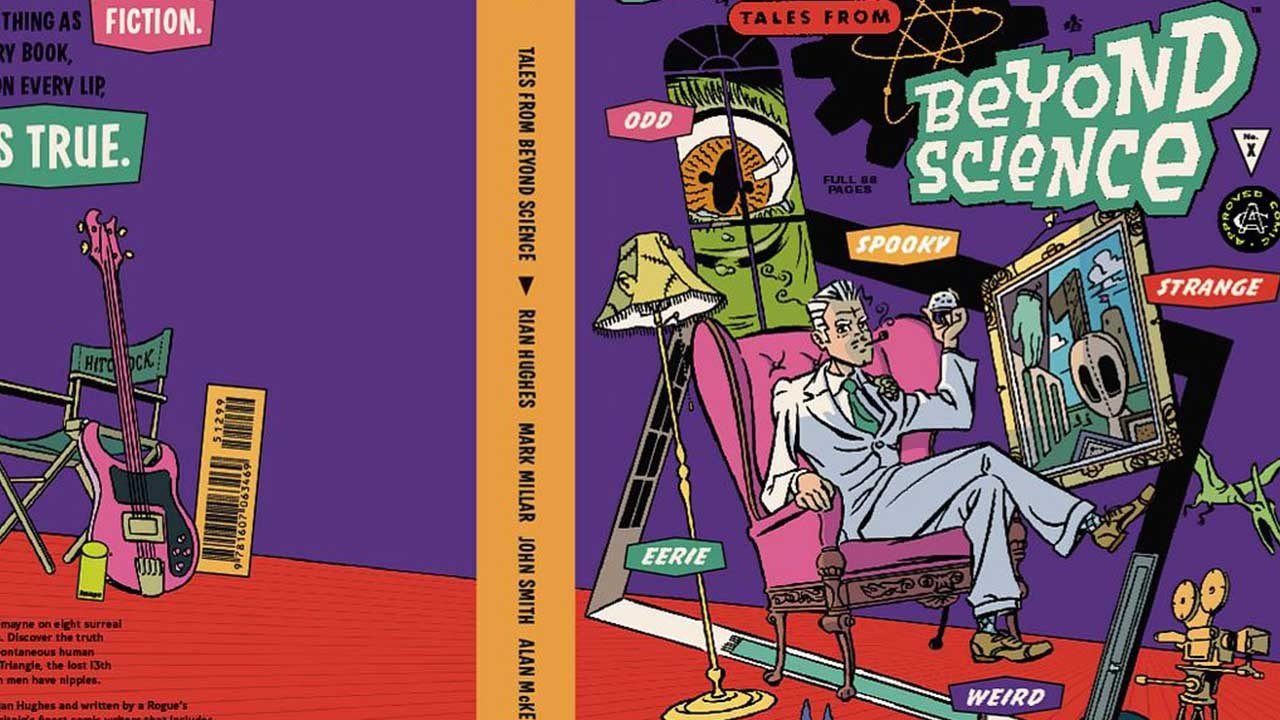 Prior to reading this collection for CG Magazine, I have to admit that I had never before heard of these Tales From Beyond Science. Originally published in 1992 by 2000AD, Mark Millar, Alan McKenzie and John Smith wrote these eight assorted stories, which all follow the same storytelling structure. These Tales From Beyond Science are introduced by the same character in each instalment, Professor Hilary Tremayne, in a very Twilight Zone-esque style. This is deliberate by the creators, as the storytelling sensibility is geared towards an old-school style of fun and expression in the stories. These are fun, messed up stories, quick done-in-ones that celebrate a certain style of comics and stories that just aren’t found in most mediums any more. The stories never linger, they just get right to the point, with the Professor Tremayne character giving colour to the telling of each story. The first couple were among my favourites, particularly McKenzie’s Agents of Mu-Mu. The stories are depressing, haunting, silly and fun, a fun artifact from just over twenty years ago. I couldn’t help but hear the Twilight Zone soundtrack when reading this collection, because it’s infused with the Twilight Zone’s spirit all throughout. 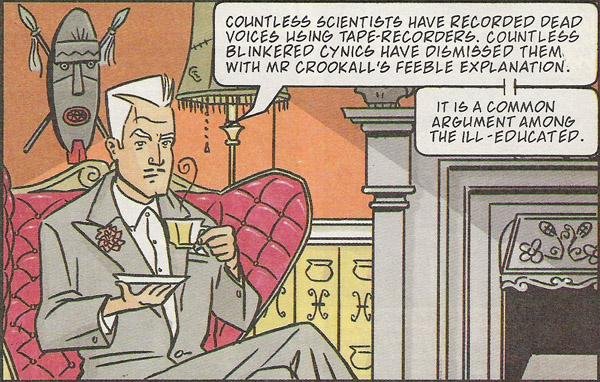 A huge reason why the Twilight Zone’s influence is felt so strongly throughout these stories is the amazing artwork by Rian Hughes. It’s extremely expressive, and captures that old-school horror/science fiction sensibility that was present in the old Twilight Zone television series. Between the different stories are mock comic book covers, also designed by Hughes, as well as mock advertisements that would have run in the 50s-60s. They’re presented in a style that evokes the old ads seen in old 50s and 60s comics, but with much snarkier content, which makes sense as they were originally published in British comics published by 2000AD (a publisher known for a certain wit and sharpness).

I can’t really recommend this collection enough. It was immensely entertaining from front to back, and I already can’t wait to wade through the collection again for a second read-through. The work by Millar, McKenzie and Smith is fantastic, and they have created a fantastic tone that remains consistent throughout the various stories, regardless of which one of them is actually writing a specific story. They all understood the concept and vision behind the series of stories, and that comes through quite clearly. Keeping it all glued together is Rian Hughes, who was clearly having fun with the characters and concepts, and I really dug his smug interpretation of the narrator, Professor Tremayne. When reading his dialogue, it often made me think of the character Roger Sterling from Mad Men, with a certain sense of the madcap, as well as a knowing look, and a wink. This is a great collection that you won’t want to put down until you’re finished reading it. Highly Recommended!