The 1st Issue Opens a Story and the Gates of Hell
SCORE: 7/10 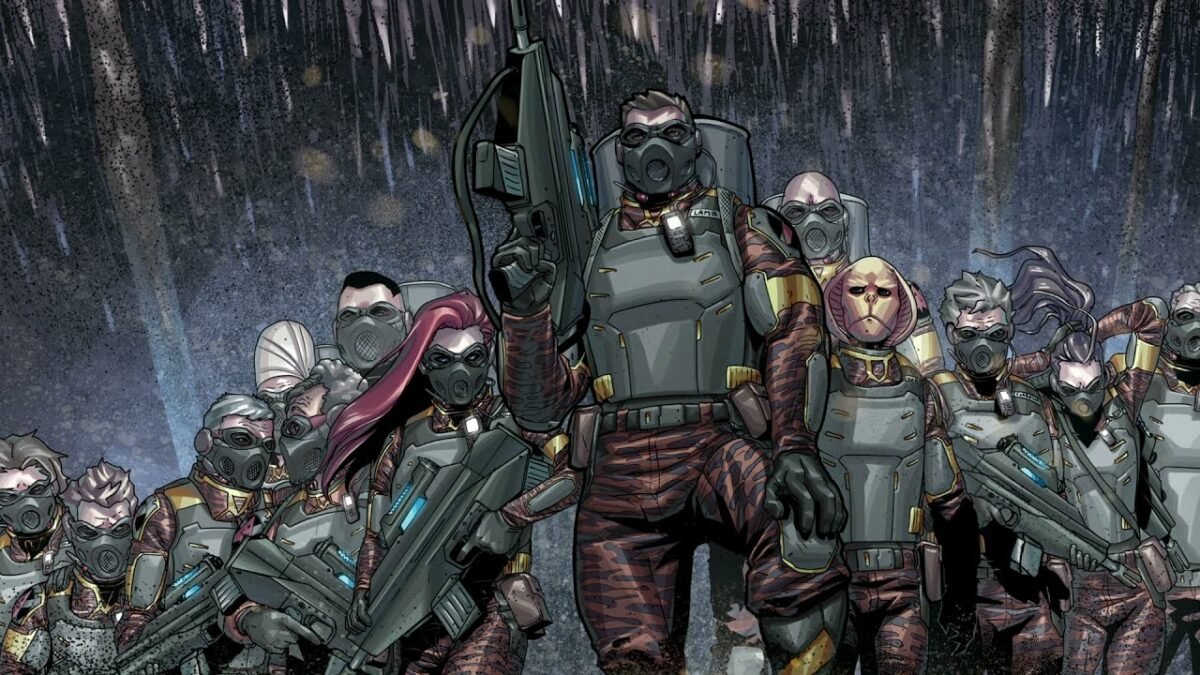 Dr. Jordan Correll has burst through from the core of the earth with a rock. Though the properties of the rock remain a mystery, it has caught the attention of global corporate leaders including Celeste Delaney. Elsewhere, the corpse of a beast has been discovered in New York City, dead from a run in with a subway train. His companion, a snarly voiced reptilian creature, has been apprehended by the police.

Delaney, full up with cash and power with a desire for even more, assembles a team. She grabs the reptile companion named Kartkas, an occult expert named Stefanie Billings, an army dude named Captain Lamb, a whipper snapper named Brandon Samples, Correll, and Marion Marshall Dix, a former death row inmate believed by the world to have been killed by a digital guillotine. Dix is valuable for one key reason; he has seen the place this mysterious rock came from—Hell.

After a shift in the earth’s plates, Dix disappeared from prison only to later show up in Columbia claiming to have visited the underworld. The gateway to the mythical land is believed to be in the core of the Bermuda triangle, and Delaney takes her team on a ship right into its center.

Certainly, this first issue of eight functions as a setup. There is a lot of story to fill in before the crew arrives at the heart of darkness and writer, Schow, does his best to jam it all in there. As a result, there are a few visible seams by way of flashbacks that feel like jarring filler and clunky dialogue between characters meant to set up their previous relationships.

It doesn’t benefit much from the time jumps, and most of what’s filled in out of order could have been told with a quick “you’re probably wondering how I got here” style opener with the rest told chronologically. Specifically, the introduction of Kartkas is told out of order and it makes it a bit difficult to track the characters when there are jumps in both space and time.

That said, the story sets up an exciting look at what is to come. The rag-tag-gang of renegades is always interesting fodder, and it feels the story will be thrust into an Aliens style narrative with vulnerable strangers in a strange land. Most of the relationships aren’t very exciting save for Stefanie and Kartkas who seem to have formed an early bond.

The most compelling theme thus far is that of the monsters in the unknown. To Kartkas, a character we can assume is a demon from Hell, humans are the scary monsters they use to scare children. On earth, Kartkas is harassed by humans, beaten up by them, and arrested by them. He is but a gentle foreigner who is hurt at every turn. Though it is early in the series, it will be interesting to see how it explores humanity, and its approach to unknown people that they deem to be unwanted.

“Hell had a tall order—opening an eight-issue series—and it does well enough.”

If there was a gripe to be had it’s that the word bubble flow is a bit counter-intuitive at times and there were moments of hesitation in where the flow was sending the eye. It’s lettered by Janice Chiang, who also worked on Storm Kids: Sacred Hearts, and her excellent work remains top tier, having fun with creating the vibe of different voices.

Hell had a tall order—opening an eight-issue series—and it does well enough. Where it stumbles a bit, narratively, it does a great job setting up for what’s to come and leaves the reader enticed enough to line up for more.

This tight opener sets up the story to come but it’s fragmented approach needs to do a bit more to ensure ongoing interest. 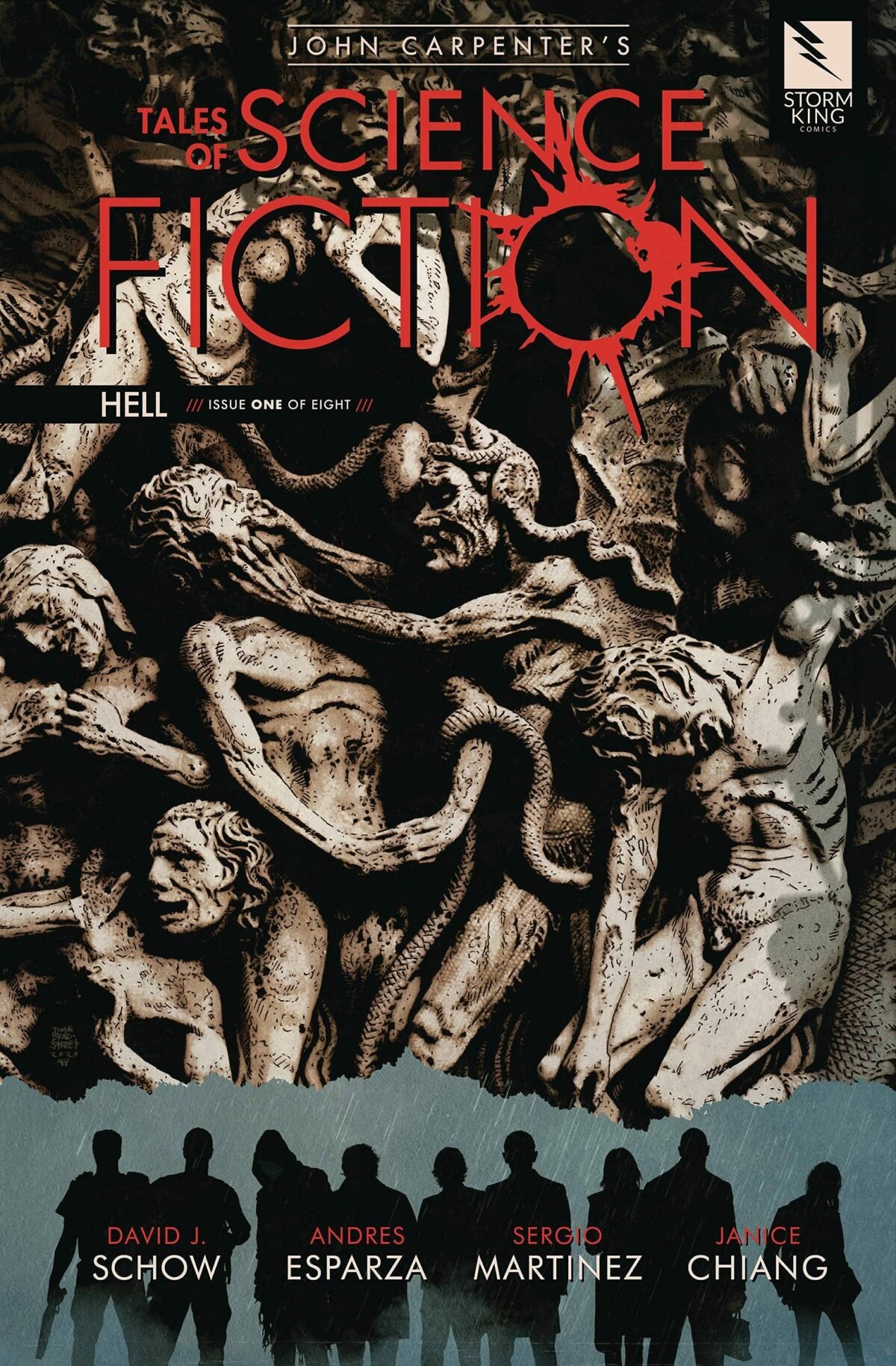