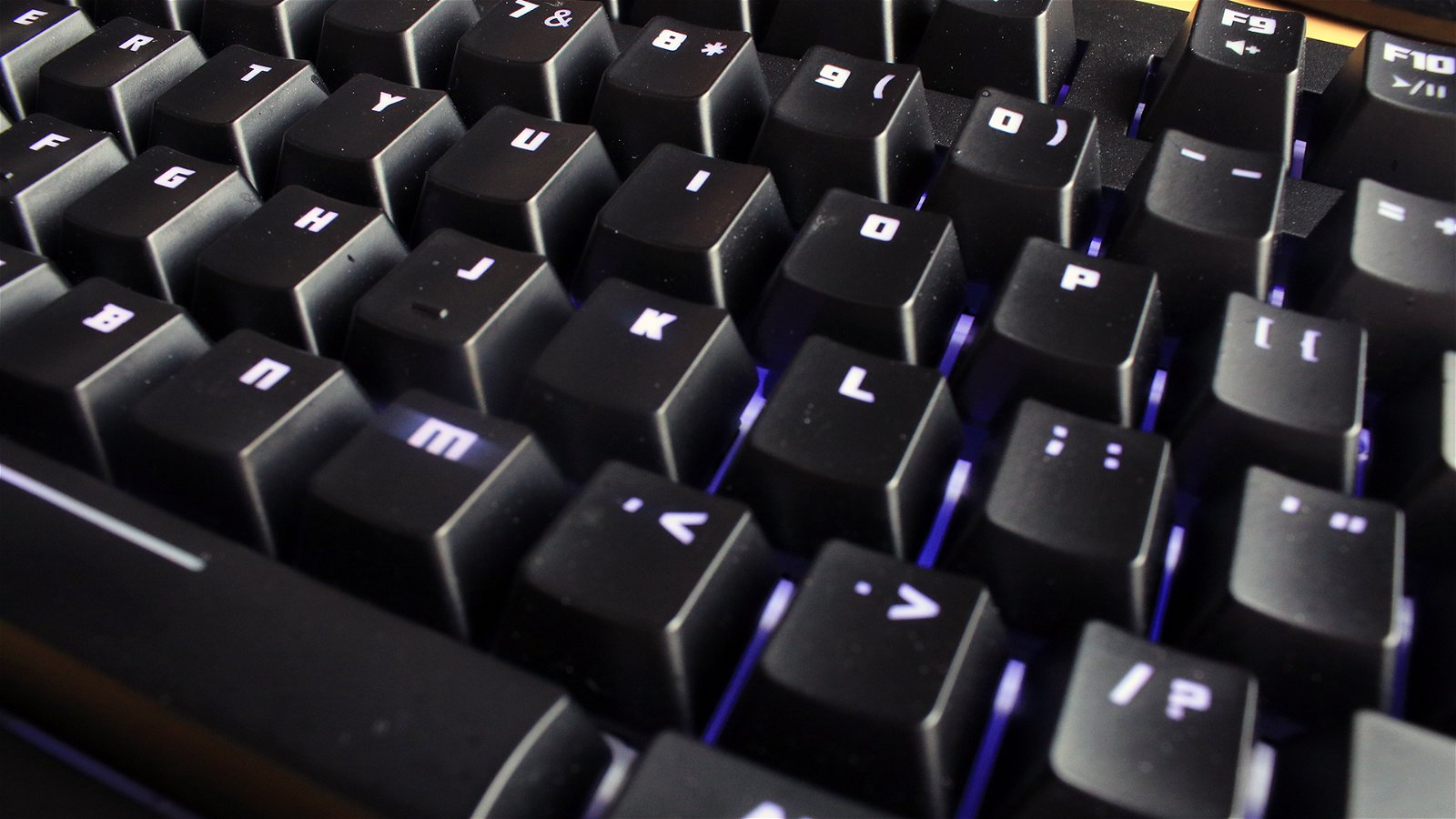 Ah, good-old gaming keyboards. A visual staple for any gaming setup that not only catches a person’s glances, but can also be a treat on the ears. I enjoy the sound of mechanical keyboards, but to others it can sound like nails being thrown at a chalkboard. When it comes down to picking one out for your arsenal, there’s really only two things you should be looking out for: how well the keyboard is built and how much can you get out of it. Everything else can be considered fun to look at and use, but purely for aesthetic. For those of you on the hunt for a keyboard that not only excels in both categories but also looks good doing it, then prepare your wallets for the Tesoro Excalibur Spectrum.

The Tesoro Excalibur Spectrum keyboard itself is nearly a year old at this point, but that doesn’t put it behind any of the newer keyboards on the market. One of the best features of the Spectrum is its plug-and-play capability. You literally have to simply plug this into your computer and you’re good to go. The software for it is optional, which gives users who enjoy mechanical keyboards the option of using it as an everyday keyboard without being overly flashy.

Aside from the Windows key and the FN key, all the keys on the Tesoro Excalibur Spectrum are reprogrammable or can be put in a macro via five profiles in the software. This already puts the Spectrum a step ahead of other keyboards that have extra buttons for this purpose, and you won’t feel like you need an extra set of hands to use it. The Spectrum also boasts an option for 6 key rollover or unlimited key rollover, so if you do happen to possess more than two hands, this keyboard will be able to detect each key pressed regardless of how many others are in use.

If the aesthetics are the major selling point for you when searching for a new keyboard, then the key illumination on the Tesoro Excalibur Spectrum will leave you breathless with the light show it provides. Utilizing the software, the keyboard has seven different lighting modes ranging from a colour spectrum rainbow effect to an explosion-style effect that lights up the keys surrounding the one pressed. The colours can be changed by manual RGB inputs whose values can be found online. A white plate underneath the keys also helps with light bleeding out from the keyboard, giving the lights a softer appearance.

The software for the Tesoro Excalibur Spectrum doesn’t just make it look pretty, it’s also the workhorse for the macros feature. Tesoro have done a great job implementing the macro feature and include a wide range of editing capabilities. Times can be changed down to the millisecond and you can rearrange, insert, or do away with keystrokes. One issue is the incredibly small type they used to label everything, which makes it a bit of a pain to read what you’re doing.

The gaming keyboard scene is increasingly becoming oversaturated with RGB mechanical keyboards, finding each company trying to see how many lights and gadgets they can slap on to their products before it looks like the Griswold house on Christmas Day. The plain-Jane looking Tesoro Excalibur Spectrum definitely hides its capabilities well while also being a well-built piece of equipment that is supported by strong macro capabilities and lighting options that would give the Trans-Siberian Orchestra a run for their money. For the price ranges out there, especially with some of the newer keyboards being in the mid-$200 range, you will be getting a quality keyboard if you pick up the Excalibur Spectrum.

This innocent and vanilla at-first-look keyboard is anything but, with incredible macro functionality and a lighting rig limited only by your imagination. Definitely a product to add to your arsenal.