The Adventures Of Tintin (2011) Review 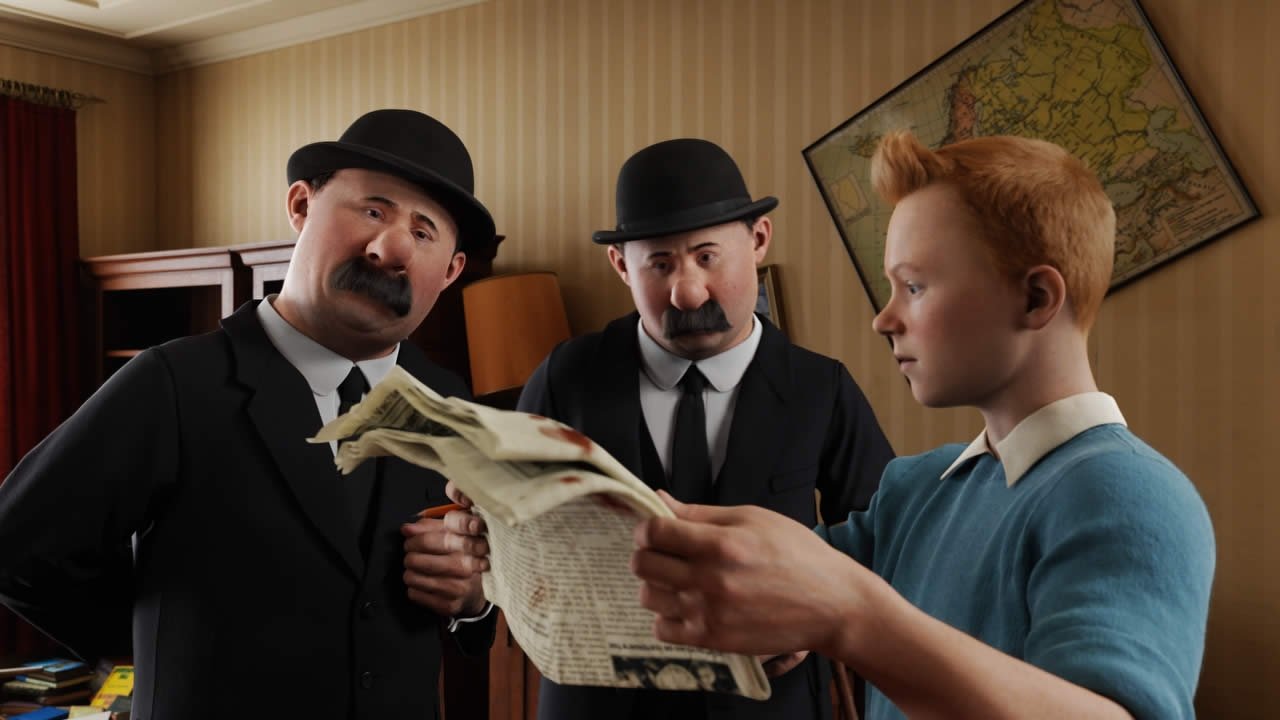 Growing up the whole Tintin thing was somewhat of a mystery to me. Though available in North America, the series was never close to as popular as it is in Europe and frankly always seemed a bit lame compared to the costumed superheroes who took up most of my childhood comic book reading. A Tintin movie wasn’t something I was dying to see, but it was something that Steven Spielberg had been dreaming of for years.

As the story goes, a French journalist pointed out the similarities between Tintin and Indiana Jones during the press tour for Raiders Of The Lost Arc and the great bearded director has been fascinated with bringing the character to the screen ever since. My Tintin skepticism was set aside once I sat down for the film. After all, that guy knows a thing or two about blockbuster entertainment.

It’s not surprising that the source material captured the imagination of the 80s populist Spielberg, because the final film is possibly the most unrelentingly entertaining movie that he’s made since that decade. Surrounded by a team of non-America Tintin enthusiasts in producer Peter Jackson (Lord Of The Rings) as well as screenwriters Steven Moffat (Dr. Who), Edgar Wright (Shaun Of The Dead), and Joe Cornish (Attack The Block), the film is a ripping boy’s own adventure that kicks off the first action scene barely 10-minutes in and then jumps from set piece to set piece from that point on. This is a welcome return of thrill ride Spielberg that almost makes up for that whole Crystal Skull debacle. The only problem is that the film is so fast and action packed it can become exhausting…if you even consider that a problem.

The film introduces the titular hero and his canine companion on the streets of Paris with an amusing in-joke to good to spoil here. It could be the 30s, it could be today. It’s impossible to tell and that was always the style of original author Herge’s whimsical comic book world. Tintin discovers a model ship in a market and buys it only to instantly be asked to sell it by a mysteriously evil man (Ivanovich Sakharine, a name with so many syllables that the character has to be evil). Tintin refuses and his apartment is swiftly broken into and the model ship stolen. In retaliation, he sets out to retrieve the boat and ends up caught in the midst of an international adventure for lost treasure. Along the way, he meets up with a few series regular characters in the semi-competent twin Interpol offices Thompson and Thomson as well as the drunken Captain Haddock, all of whom will return in the inevitable sequels. The specifics of the plot aren’t important. They’re merely a vehicle for grand Spielberg suspense and action sequences and the great director has some incredible ones up his sleeve. The filmmaker essentially tells the story through set pieces, with barely any scene passing without some sort of chase, fight, explosion, or a flashback to all three.

To bring the cartoony comic book series to life, Spielberg employed the motion capture technology that his buddy Robert Zemeckis developed in titles like The Polar Express and the deeply underrated Beowulf. That technology has come along way from the creepy dead eyed characters in the first motion capture movies and while the animation doesn’t quite have the detail or artistry of a Pixar movie, it’s starting to come damn close. The director takes full advantage of the elastic reality afforded by the semi-animated medium to pull off some incredible sequences he could never have accomplished in live action. Highlights include an astounding chase though a crumbling city that’s executed without an edit through swooping virtual camera moves and a remarkable flashback scene for Haddock where the camera constantly zooms in on a detail from the present day and morphs it into an image from the past. On a purely visual and technical level, the film is a wonder to behold. Not a scene feels wasted as Spielberg barrels along from one action scene to the next, daring the audience to catch up.

The motion capture technology allows for some droll performances from the cast that were transferred into animation. Daniel Craig is an amusing snarling villain while mo-cop veteran Andy Serkis (aka Gollum in Lord Of The Rings and Caesar in Rise Of The Planet Of The Apes) vamps his way through a role as the drunken Captain Haddock. Simon Pegg and Nick Frost manage about a 50-50 hit-to-miss-ratio with their gags as the bumbling, Interpol twins. That’s true of most of the comedy in the film, which would be a major problem if the pace of the action ever slowed down long enough to give viewers time to take in much characterization. Unfortunately, the only character who feels somewhat boring is Tintin himself. Beyond a lust for adventure and an unerring moral compass, he’s a bit of a blank slate. That’s why he never seemed compelling in the books. Tintin’s adventures always happen to him and he doesn’t offer much in the way of personality. It’s probably one of the reasons why Spielberg. Jackson, and the writers loaded on so much spectacle. Since there isn’t much to Tintin to explore, there’s no need to waste time with character arcs or backstory.

By virtue of the somewhat boring protagonist alone, The Adventures Of Tintin is far from a masterpiece. However, it’s also impossible to hate any movie with this much action, adventure, and such a gloriously upbeat tone. It’s a breezy slice of whimsical entertainment that operates more like a fairground ride than a work of narrative fiction. That’s not a dig either, few movies to come out this year offer so much spectacle. It’s the type of movie that fans desperately wanted Spielberg to make for the fourth Indiana Jones outing, we’re just getting it three years late. Spielberg and Jackson might be better collaborators than Spielberg and the out-of-touch George Lucas at this point. Hopefully it won’t be their last collaboration. If the movie is a success (and since it’s already brought in several hundred million dollars in Europe, it should be), Jackson will direct the sequel with Spielberg producing. I never thought I’d say this, but I actually can’t wait for the next Tintin movie to arrive. I’m not converted enough to start buying the books, toys, and animated DVDs. But as long as Spielberg and Jackson are involved, it’s clear this strange little French adventurer is going to provide audiences with plenty of giddy entertainment.

By virtue of the somewhat boring protagonist alone, The Adventures Of Tintin is far from a masterpiece. However, itâ€™s also impossible to hate any movie with this much action, adventure, and such a gloriously upbeat tone. 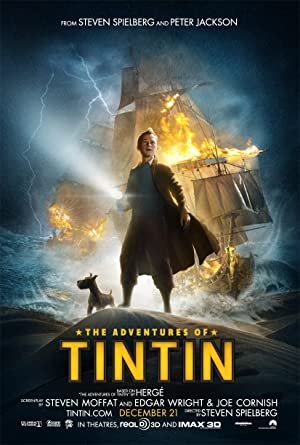