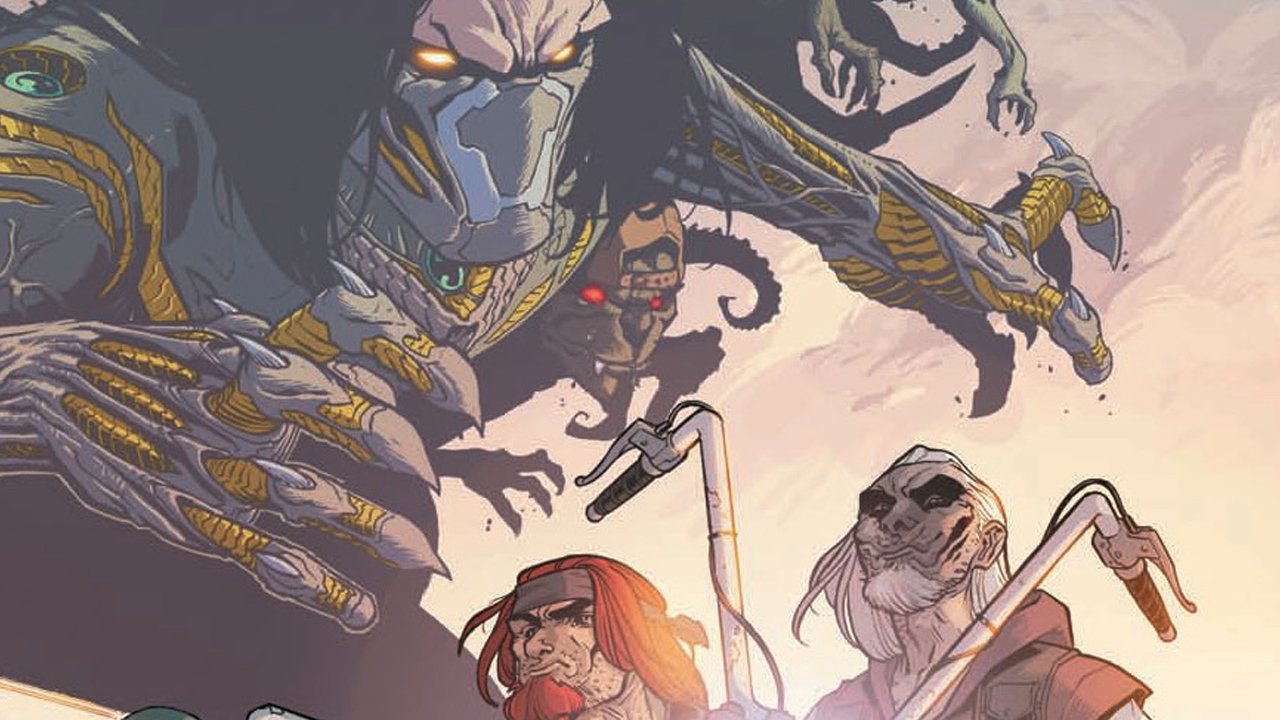 The Darkness: Four Horsemen opens in 2006 with Mafia hit-man-turned-hell-host-turned-mob-boss Jackie Estacado paying a visit to family patriarch Lucio Franchetti to purge some mutual bad blood. Once there, Estacado quickly becomes embroiled in a demonic mystery after the four horsemen of the apocalypse ride out of the desert on motorcycles to bring chaos to a small California town.

Aside from some rather questionable character motivation – it’s unclear why the super-powered Estacado needs to do a favor for a crime lord he’s already deposed – The Darkness is pleasantly well written. The dialogue is authentic enough to slip past your nonsense detector, with just the right blend of supernatural intrigue and corresponding human frailty. It’s not high art, but it’s solid pulp fiction that keeps the pages turning at perfectly reasonable clip.

The only real problem is that for a book titled The Darkness, Four Horsemen isn’t all that dark. In fact, it’s almost childishly colorful, like a Sunday morning newspaper cartoon with a wholesome cast of family characters.

That’s not to say that the artwork is bad. It’s just discordantly out of place given the mature subject matter of the book. Four Horsemen contains a healthy (but not gratuitous) amount of gore, yet it somehow fails to fully capture the sense of impending Armageddon communicated in the script.

The book reads fine, so you could attribute the criticism to subjective personal preference. The action is clear and easy to follow and there are a few startlingly gruesome images that are all the more jarring because they don’t seem to belong. You’d simply expect there to be a bit more menace at the onset of the apocalypse.

In spite of all that, the story is still entertaining and suspenseful enough to warrant your attention. Writer David Hine introduces the necessary plot elements to keep things going for the rest of the four part miniseries, and the inevitable cliffhanger – the book ends prior to any real confrontation – should keep you coming back to see how it all plays out.  The Darkness: Four Horsemen is hardly a must-read, but it’s nonetheless a fun end-of-the-world Biblical adventure. 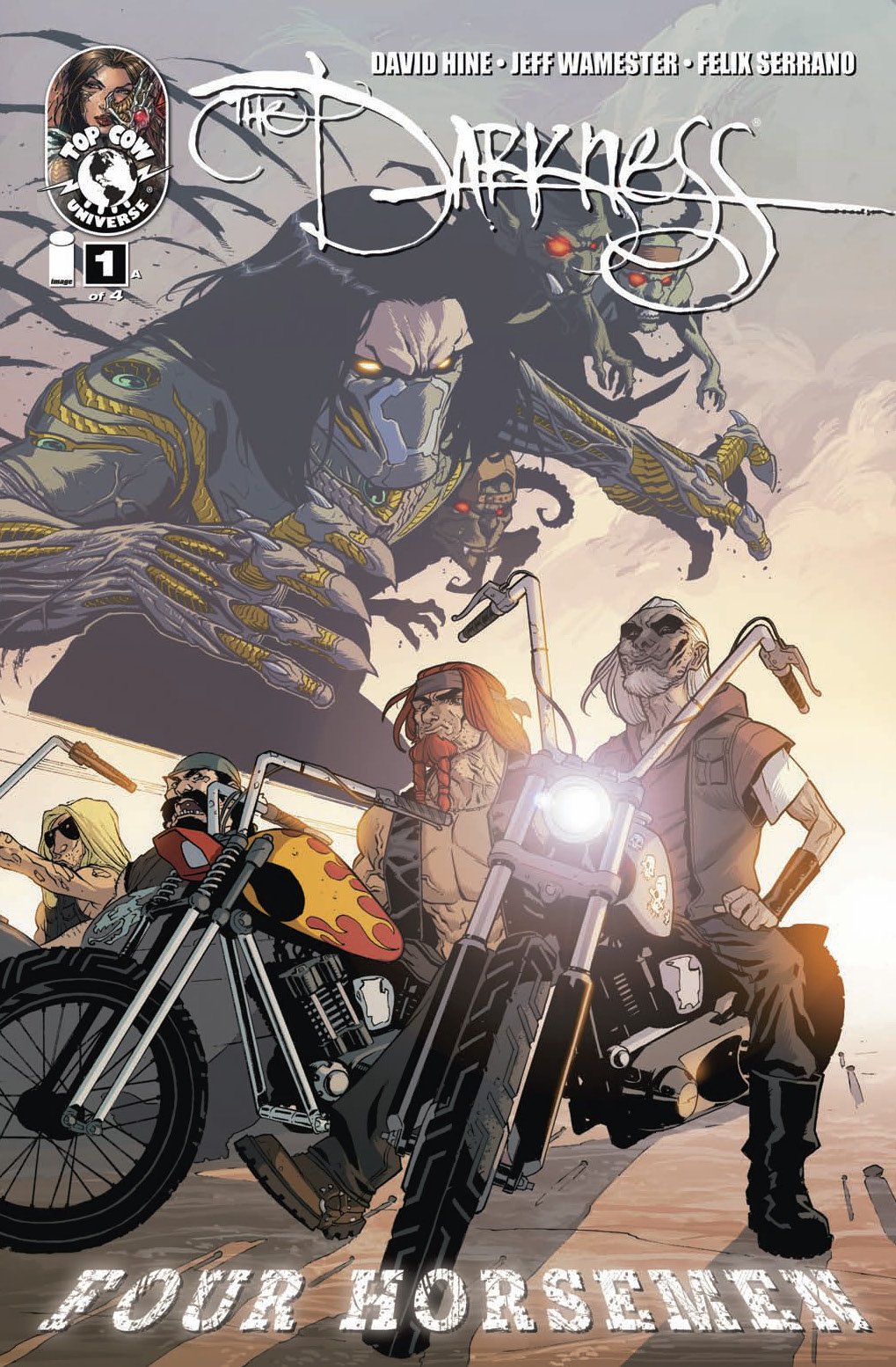