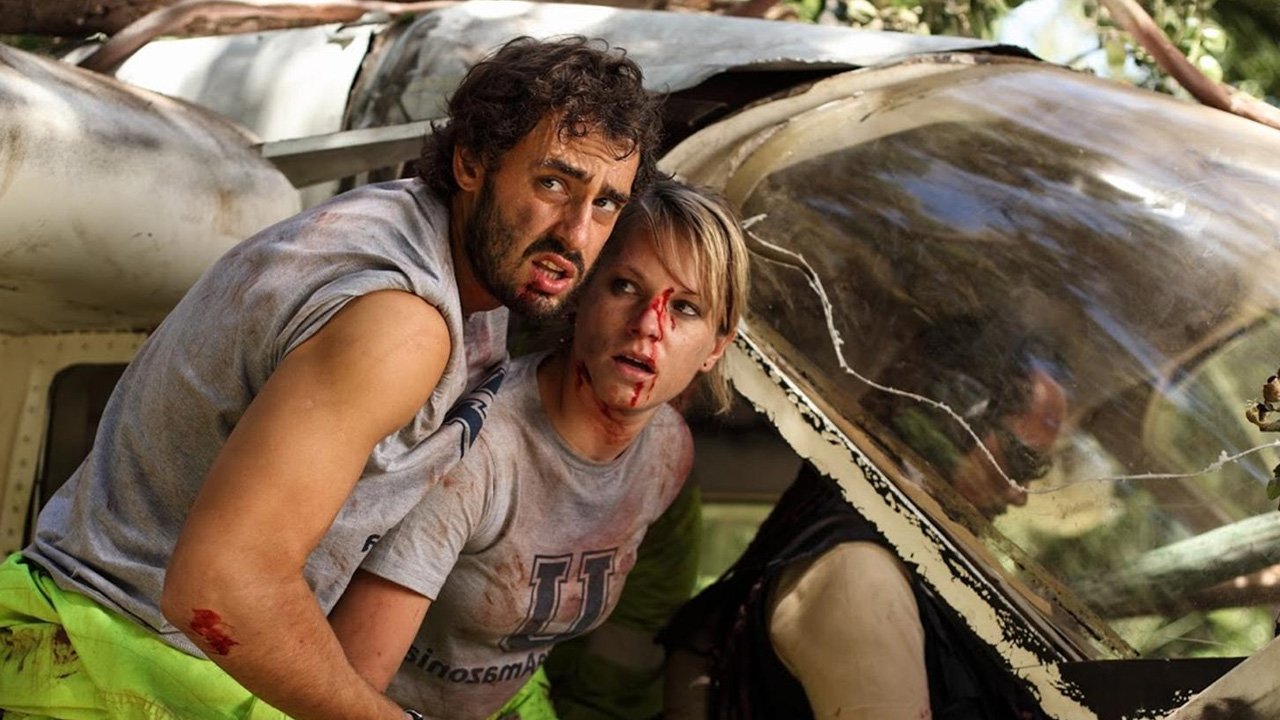 It’s been two long years since Eli Roth’s cannibal horror revival picture The Green Inferno debuted at TIFF and it was almost starting to feel like a release might never actually happen. Now, you’d think that long delay might be in some way related to his decidedly non-PC movie that brings back an old n’ disgusting Italian cannibal horror subgenre many assumed died decades ago, but nope. That had nothing to do with it. Instead, the delay was the result of a cash-poor distributor and the boring politics therein. Sadly, it’s a reflection of just how difficult it is to get a horror movie out on screens these days that doesn’t conform to comfy trends, even if you’re one of the few genre directors whose name can be used as a marketing device. Yep, it’s a tough time to be messing around with the macabre in movies, but thankfully, The Green Inferno finally made its way to theatres, and that should make gore-starved horror hounds happy.

Lorenza Izzo stars as a university student in New York struggling to find her identity. Eventually she, like so many before her, decides to embrace political activism because it brings her friends and self-entitlement, even if she doesn’t particularly care about the causes. A manipulative teacher quickly talks her and a collection of fellow students (including Spy Kids’ Daryl Sabara all grown up) to fly out to the amazon and protest some dastardly companies involved in rainforest deforestation (or maybe rain deforestation?). The gang tie themselves to trees and succeed, but unfortunately, their flight out of the rainforest isn’t quite a success. They soon find themselves battered and bruised and at the mercy of the unforgiving landscape they wanted to protect, eventually stumbling onto an isolated lost tribe who are more than happy to have the plump n’ juicy college kids over for dinner.

Like all good cannibal tribe horror films (especially Cannibal Holocaust), The Green Inferno creates a world in which the supposed victims of the story are in fact exploiting the landscape and lost tribe far more than they are being exploited at dinner. In this case, Roth is aiming his satirical sights on keyboard activists who protest causes because it’s cool rather than because they care. The fact that the gang ends up eaten by the very people they seemed so desperate to protect is delicious irony that also pre-emptively responds to similar critics who will decry his movie as an offensive depiction of tribal communities.  It’s a clever concept, though as is always the way with Roth (Cabin Fever, Hostel), the filmmaker doesn’t exactly express his subtext subtly. Nope, this is hammer-meet-head social commentary that will irritate some viewers and quite frankly, the opening sequences setting up this world are the weakest in the film since Roth never quite manages to make his ignorant and irritating characters particularly endearing. That’s a criticism that’s always lobbed at his work. It doesn’t bother me since I find it a nice change from the heroic protagonist norm (as well as an amusing twist on body count horror since you’re always happy to see his heroes bumped off), but The Green Inferno certainly won’t get the polarizing genre director any new fans.

Of course, the subtext of The Green Inferno isn’t exactly the selling point, now is it? Sure, it’s nice that all that stuff is there, but the target audience is more interested in the movie’s visceral impact than its political implications and the good news is that Roth delivers the goods there. After taking some time to set up his world, Roth plunges his audience into a sweaty-palmed cinematic endurance test. Following a brutal/harrowing plane crash, Roth works in survival horror mode for a while, thrusting his battered and bruised characters through an unforgiving landscape that seems to want to swallow them up. Then of course come the cannibals, who more literally long to swallow up the protagonists.

Roth shot the film in actual isolated locations, which helps the impact of the piece immeasurably. The survival horror section feels particularly intense because the cast and crew were clearly under similar physical turmoil while shooting it. As for the cannibal tribe, well, Roth found an actual isolated tribe in the middle of the jungle and got them to play the cannibals (they’d never seen or heard of a movie before, so he naturally introduced them to the medium through an inspiring screening of Cannibal Holocaust). As a result, the performances from the cannibals are quite naturalistic and Roth admirably showcases their world without judgement. These aren’t monsters. They’re just people who are rather happy to have a fresh meal and even some new torn-off tattoos to put on their body. It’s chilling only because the story is told through the perspective of their meal, which isn’t a great place to be.

The filmmaker once again proves himself to be a modern master of gore through a variety of sickening sequences. Though you’ll have to wait until the halfway point for the first gooey set piece, that living disembowelment sequence is a showstopper that won’t be forgotten anytime soon. The fact that the movie has more to offer than the gore is a nice bonus and an often unheralded mainstay of Eli Roth’s filmography. The guy might have a knack for self-promotion and easily marketable gore-horror ideas that some folks find irritating, but if you actually engage with his movies, they tend to be rather smart and effective. It’s been a long 8 years since Roth made the underrated Hostel 2, so the vicious, clever, and imperfect The Green Inferno is a welcomed return. Hopefully it won’t be nearly as long before Roth’s next nasty horror outing, because the genre was becoming far too cuddly of a place without him.

A gag-inducing return to cannibal horror with guts and a brain by writer/director Eli Roth. Bring a vomit bag, but don’t turn your brain off. 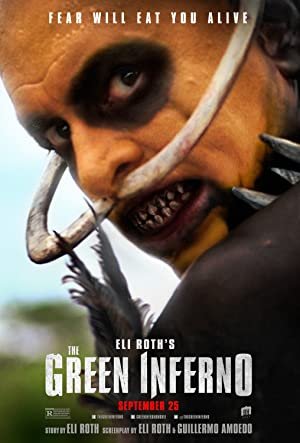