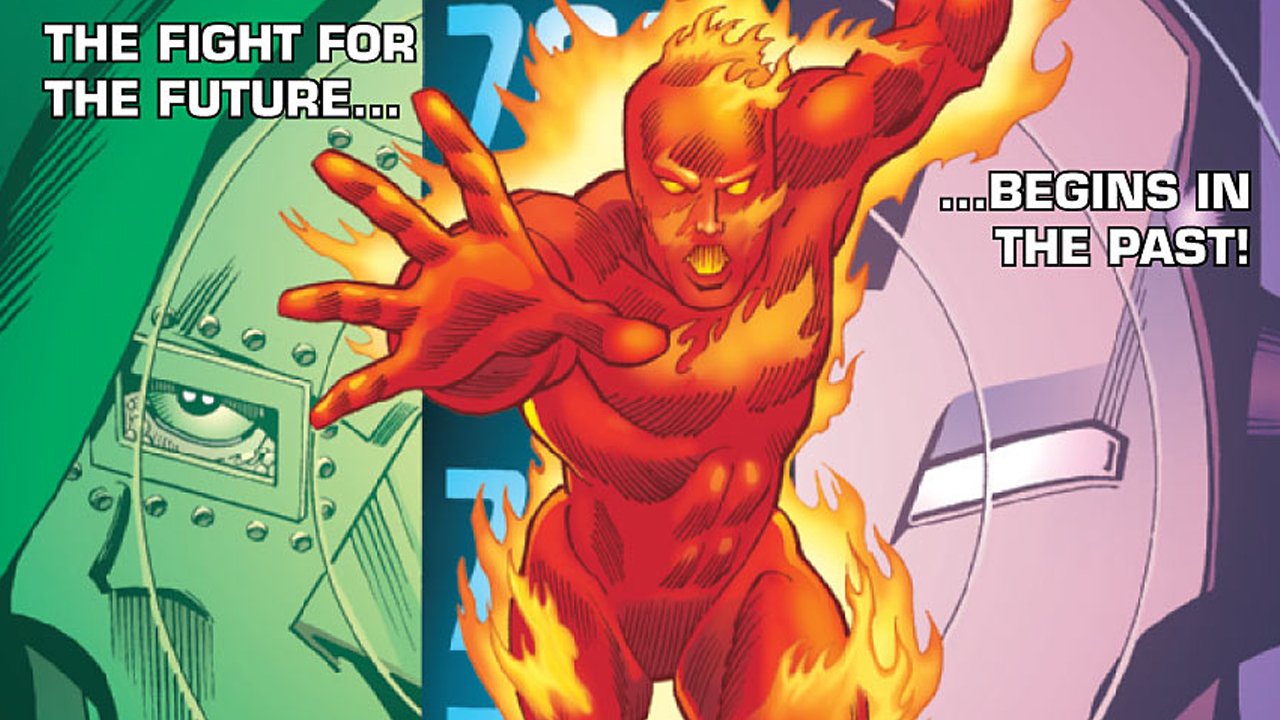 This mini-series has turned out to be a delightful surprise, as Tony Stark jumps through time to re-assemble the pieces of a fragmented time platform so that he can try to save the world in his present. Along the way, he has to team up with his fellow heroes in his past, navigating a life that has had many twists and turns, and been turned upside down more than once.

This issue’s first tale takes place during Tony’s second alcoholic phase, when Obadiah Stane took control of his company, and Jim Rhodes had stepped full-time into the role of Iron Man.With Iron Man having recently gone on a drunken rampage in New York, Tony must navigate a hostile city to find the piece of the time machine he needs to move on to his next stop, and teams up with a suspicious Iron Fist and Power Man to do so, bringing the trio into conflict with the Tinkerer.

The second story is set in an earlier period, when Iron Man’s armour had a nose and Johnny Storm’s FF costume was red, and sees the duo go up against Dr. Doom himself.

This is a surprisingly fun and enjoyable romp through Marvel History, through the eyes of a man who’s made many mistakes throughout that very history, Tony Stark, and seeing his interactions with Power Man, Iron Fist and Human Torch in the past is a nice way of showing how Tony views these allies in the present as well.

Van Meter and Kalan, relative unknowns, put together enjoyable scripts, with veteran artists Dragotta, Frenz and Buscema doing the honours of the visuals.This may not be the most important mini-series you’ll buy this year, but it’s definitely one of the most fun, as it never takes itself too seriously, but instead manages to tell a good story well, and have a good time doing so. Dragotta and Frenz on artwork help up the game of the series as well. Recommended!

This mini-series has turned out to be a delightful surprise, as Tony Stark jumps through time to re-assemble the pieces of a fragmented time platform so that he can try to save the world in his present. 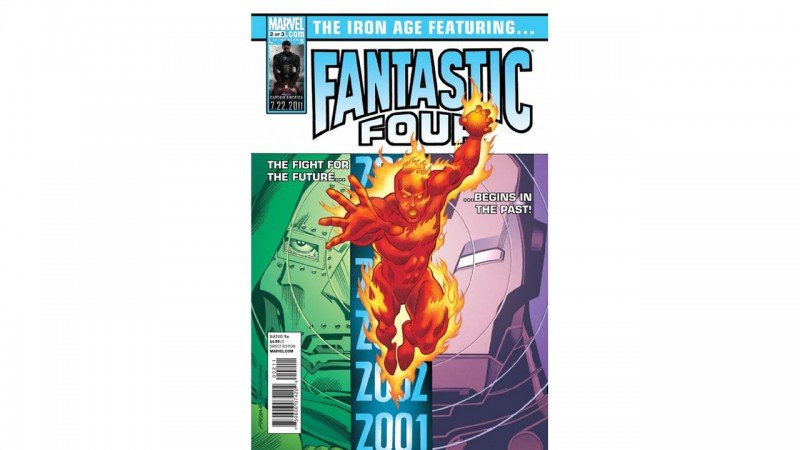