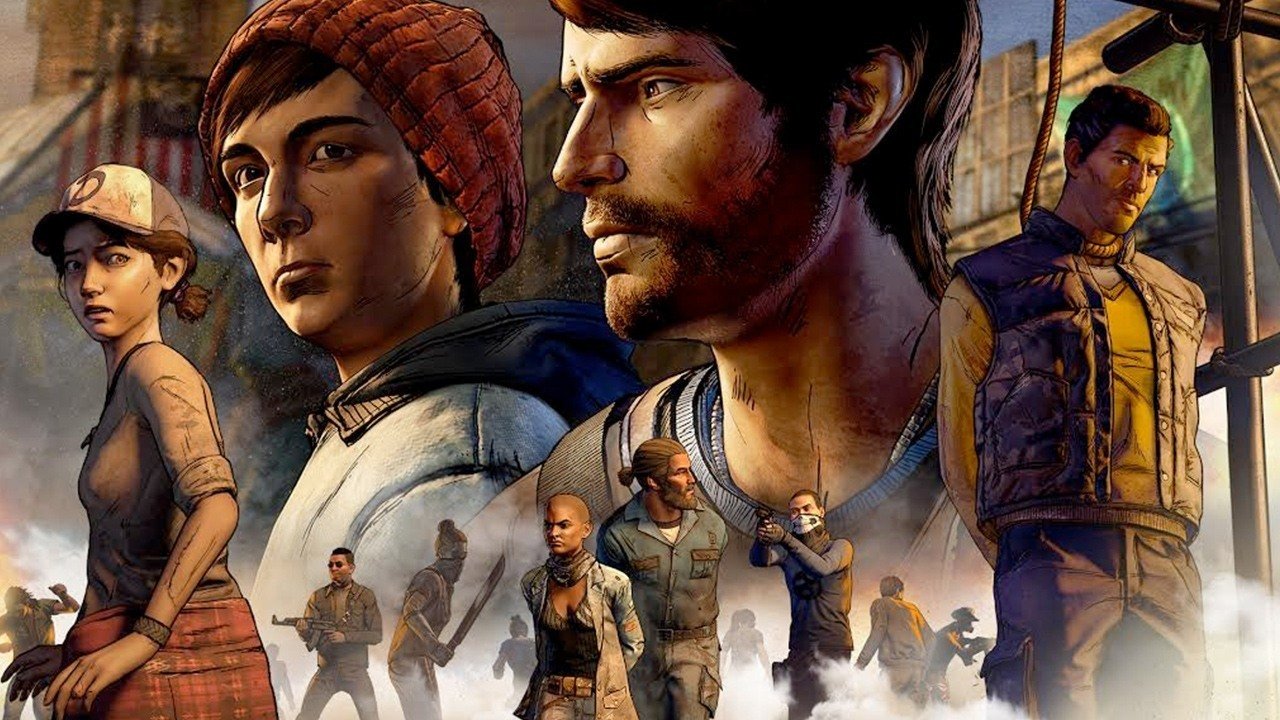 While playing the fourth episode in the third season of Telltale’s The Walking Dead I thought of a time when zombies actually used to be scary. I look back fondly on a time when they were so sparsely seen in media that they actually had some, well, teeth. Movies like Dawn of the Dead and games like Resident Evil actually presented the creatures as formidable opponents, impervious to pain, who could completely overwhelm you and bring you down with a single bite. I even remember as a kid being genuinely freaked out by Micheal Jackson’s Thriller; even MJ managed to make zombies scary in the funkiest way possible.

But playing The Walking Dead: A New Frontier, you’d never know that. The undead are dispatched so easily that they’re little more than mosquitos on the threat chart. Thankfully, we’re coming into the home stretch here and hopefully, if this review (and almost all others), are any indication, Telltale might take a long-needed break from The Walking Dead once this is over.

In the fourth episode, Javi and the gang go out of the frying pan and into the fire as the situation in Richmond rapidly deteriorates. While the New Frontier’s tyrannical leader Joan stages the public execution of David for his attempts to expose her, Javi must rally what strength he has left to rescue him and possibly bring down the corrupt order of The New Frontier, but the clock is ticking as a massive zombie horde has made it’s way to the gates and the situation outside is getting just as bad as inside.

In the midst of all this, the romantic subplot between Javi and Kate finally comes to a head as they admit (or don’t depending on your choices) their feelings. Personally, I was pretty pleased to finally see this, and have actual issues like the complicated nature of her marriage to David and the brother’s relationship addressed, but that doesn’t detract from the fact that it took four-out-of-five episodes for someone to finally bring it up.

To give credit where credit is due, episode four: Thicker Than Water was more interesting than any of the preceding episodes, however that may just be a bi-product of three episodes worth of “build up” finally being “paid off.” I put those words in quotes because depending on your level of investment, these things might actually matter. While three episodes couldn’t make me care about any of these characters—save for Clementine— by the fourth, I can still say I don’t really care about anyone not named Clementine. But I can at least say the played out events were fun to watch.

However, that isn’t to say that this chapter was wholly original by any stretch. Once again, it feels like so much of what’s happening has already been played out not only in other Walking Dead games, but other Telltale games. Most notably, revealing the antagonist’s plot and rallying against it here feels a lot like the ending of The Wolf Among Us, but not nearly as well done. But again, hard and complicated decisions are brought to light, and people who have come with you this far turn on you on a dime because the plot required it. am I the only one who’s sick and tired of the terrible writing in these games that has a character turn on you, or act generally terrible towards you, and then acts all surprised or vindicated when you choose to betray them? I’m sorry terrible character, you don’t get the moral high ground when your attempt to betray me blew up in your face, and now, understandably, I’m not feeling so noble to save you. And yet the game still has the nerve to try and make you feel bad about it. Honestly, it’s hacky and it needs to stop.

I know that I’m starting to sound like a broken record here, so many of the same problems persist in the fourth episode. I think I’ve come to realize that it’s not necessarily the lack of options that the four-button dialogue presents, but it’s really how redundant some of the options are. There have been so many moments where two of the four dialogue options, while different in “context” yield the same result and with one of those options always being silence, your ability to make any noticeable decision is always all but nonexistent. On top of that,  there are a few times where the on-screen choice doesn’t give you a clear idea of what might actually unfold, or where it doesn’t even match the tone and dialogue of what follows. Stuff like this seriously diminishes the player’s agency within the story.

Much like every entry in this season, the game has performed below average. Lip assignments are laughably bad, some noticeable technical glitches like Javi blinking in and out of existence upon opening a door, a character filling a syringe then handing to Javi whereupon it’s suddenly empty, and an actual game crash at the start of a cutscene.

In conclusion, I’ll concede that the statements I made at the end of my previous review were slightly askew. While Telltale’s The Walking Dead: Episode 4 hasn’t exactly “redeemed” the season for me, it at least gave me a bit of enjoyment. And I’ll mark that as a positive for now. The very fact that things have to happen in episode five may, at the very least, put it above the rest.

It took four episodes, but things finally happened and are at least mildly interesting.