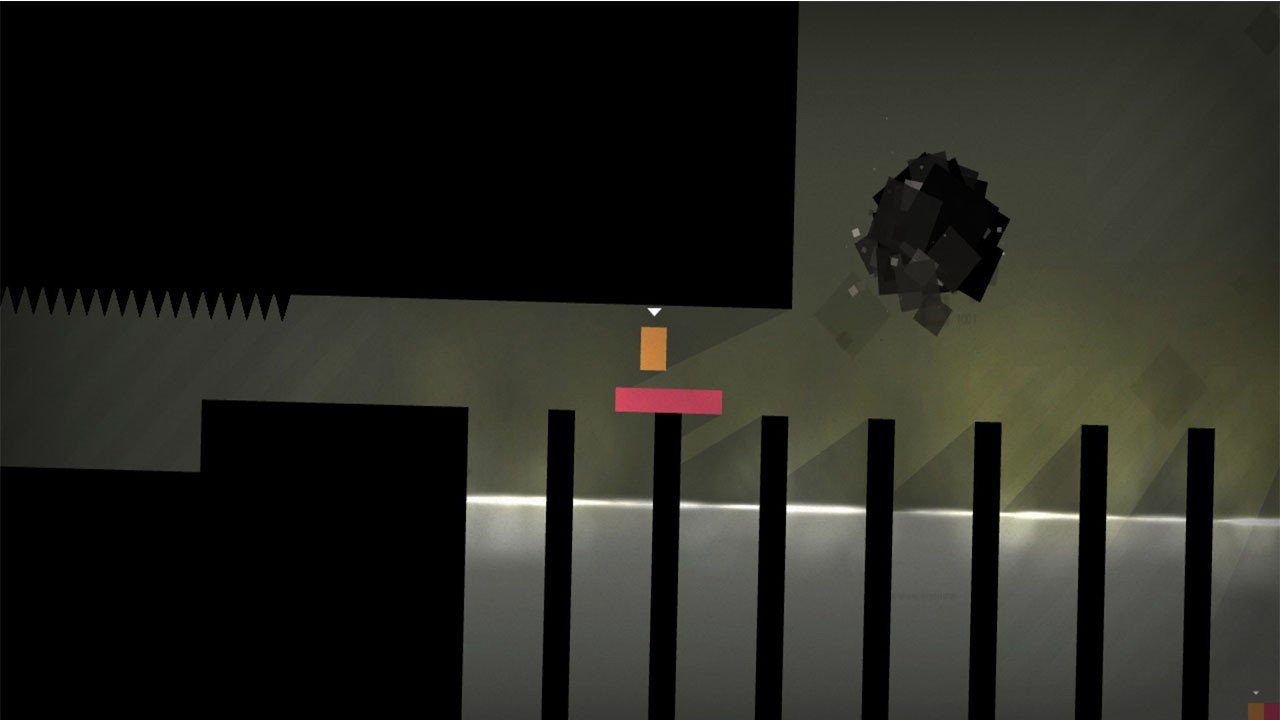 Sony continues its mandate to bring unique, independent games to the PS3 and Vita (one of the reasons probably being the Vita is in dire need of titles) and Thomas Was Alone is the latest addition to the parade. Like quite a few of these indie titles, this isn’t actually a new game, having originally debuted last year on the PC and Mac. Now it’s made the jump to a cross buy/cross play title for Sony’s dual gaming platforms, and the result is an engaging story wrapped in a competent—but not impressive—platformer.

Thomas Was Alone is about the rise of self-awareness and, at the same time, friendship. The story centres on a group of artificial intelligences—the first of whom is named Thomas—that are the results of a “failed” AI experiment. As the AIs (simple rectangles with different abilities) encounter each other, they begin to discover themselves and the strength of relationships in a surprisingly warm n’ fuzzy tale of the value of others in a united cause and how it brings out the best in people. 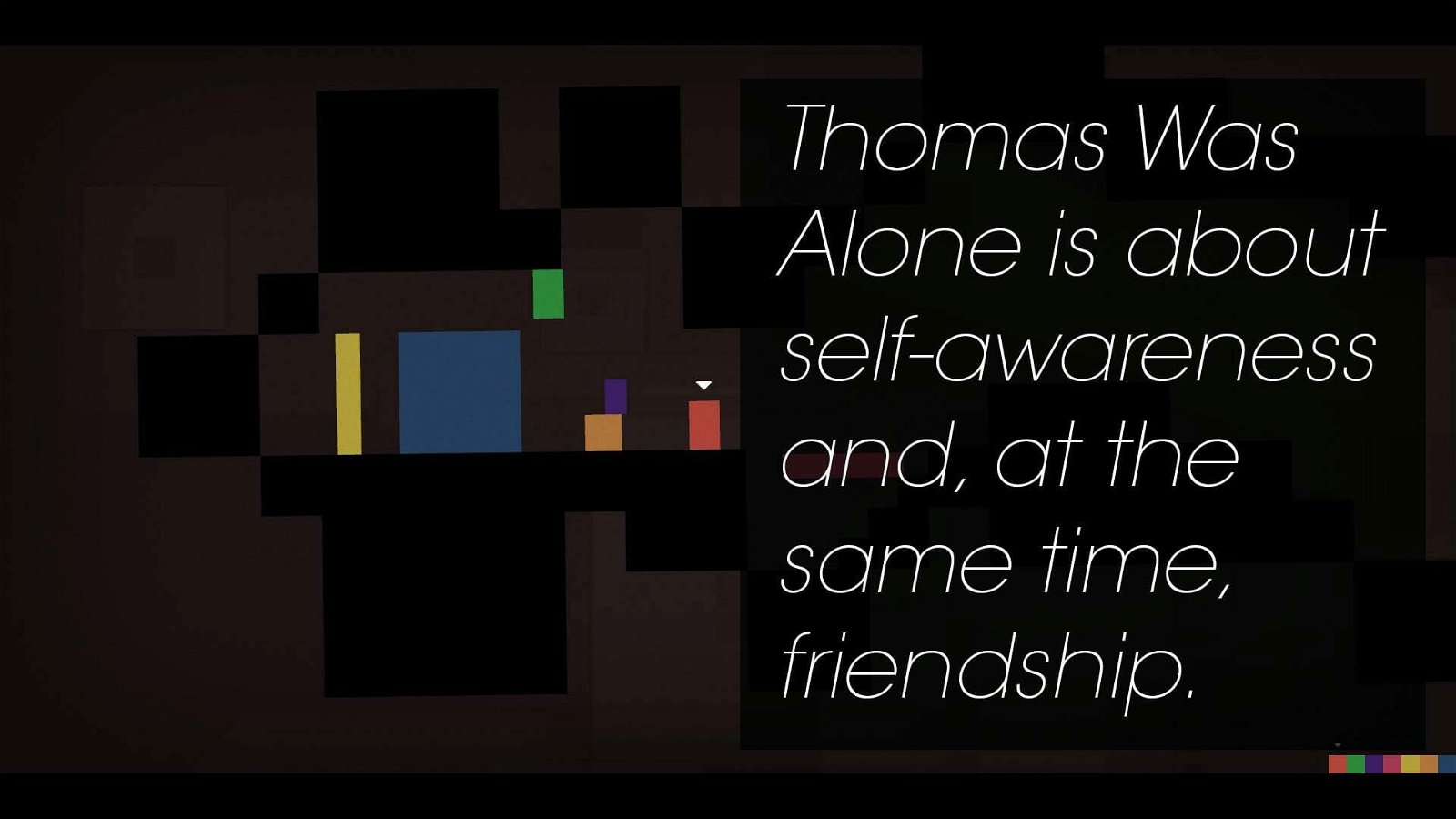 The graphics are not what anyone would call cutting edge. Bithell took a minimalist approach, so the field of play is simple, geometric shapes, and the various characters are all rectangles of different sizes, colors and proportions. Graphics whores should stay far away from the game based on that alone, but the sound is a winner. British comedian Danny Wallace lent his voice as the narrator, bringing a warm wit to the insights of the rectangles as they actualize themselves. David Housden’s thoughtful soundtrack provides a pleasing mix of more elaborate scoring punctuated with some 8-bit sound effects to maintain the minimalist/retro vibe of the game’s atmosphere.

The actual mechanics of the game are pretty simple; various rectangles with different special abilities must cooperate with each other in order to reach their respective “end points” in each level. Examples of this are simple things like stacking shapes together so the smaller, less “jumpy” rectangles can get over taller obstacles, or using the waterproof rectangle as a raft of sorts to cross pools of lethal water. Once every rectangle is “home” the level ends. There are over 100 levels, each divided into about 10 levels over 10 chapters, though most levels can be completed in the span of a few minutes, with a total playtime of four to five hours. Some of the levels can be tricky, but for the most part the difficulty never blindsides players with unexpected spikes and the progression moves at a fast pace. The only real disappointment comes in the controls which can occasionally feel sluggish and not as responsive as other platformers, such as Rayman: Legends. It’s a little disappointing to see this kind of blemish on a game within a genre that requires precision, but it never breaks the game, it just makes some of the more elaborate levels a bit more tedious than they need to be.

But the reason to play this game isn’t because of the platforming, although it’s by no means bad. Rather, the thing that impresses is that Mike Bithell has managed to create a game with minimal visuals and no acting of any sort to create a story that actually makes people care about the fates of a group of rectangles. There’s an impressive economy of dialog and wit in Danny Wallace’s narration that gradually brings out the personalities of these simple shapes, and by the end of it, a surprisingly satisfying character arc has played out in the most unlikely of games. Thomas Was Alone is not a long game, but it’s also not an expensive one, with a $10 price tag (or eight, if you have Playstation +) netting both the PS3 and Vita versions. If you’re looking for a short, unique platforming adventure that won’t necessarily stretch your skill, but spark your imagination, give this one a try. 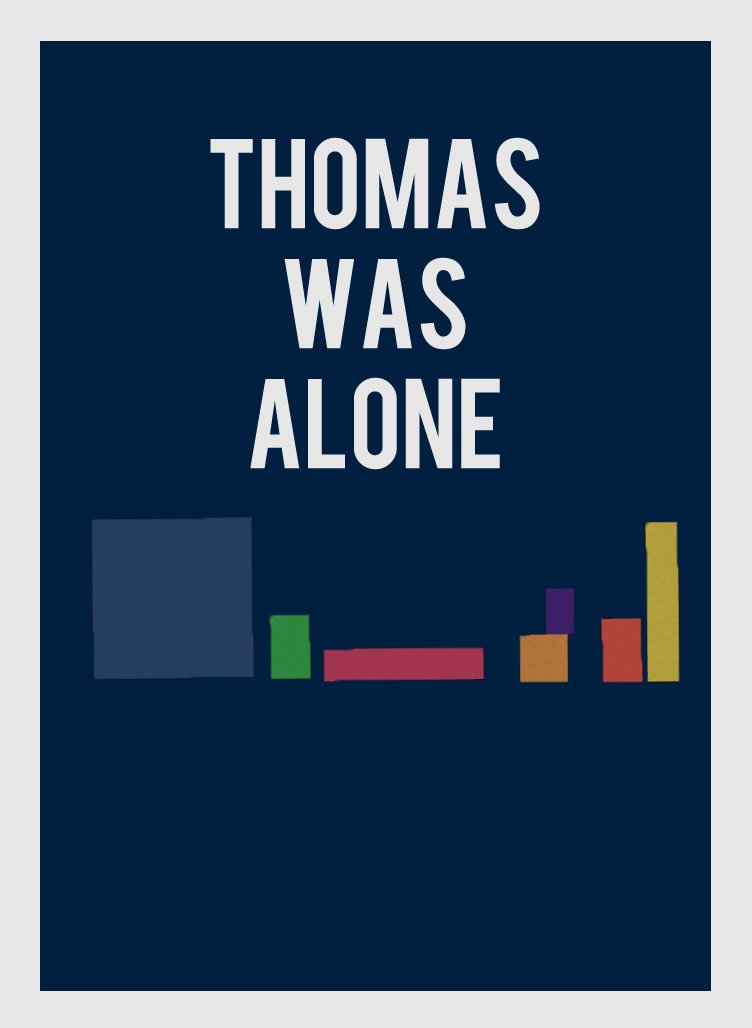